After some days of being ensconced in the cozy care of my San Diego family, it was north by Southwest to San Leandro where the working masses move when unable to afford San Francisco, or after they’ve been mugged in Oakland…but still love Bay Area salaries and lifestyles. My granddaughter, Lace the Engineer (first engineer in the family…and a female besides…so I mention it whenever the opportunity presents), lives there, sharing digs with another young professional, while considering, finally, a move to that most perfect and unaffordable of all cities, San Francisco. Harder and harder to live there on even two substantial salaries but, if you can, why not for awhile before you find yourself in possession of one cat, two large house plants, three kids, four dogs…and your ageing grandmother comes to live…Just kidding okay!

Lace (and baby bro Steven) when she was little and sweet. 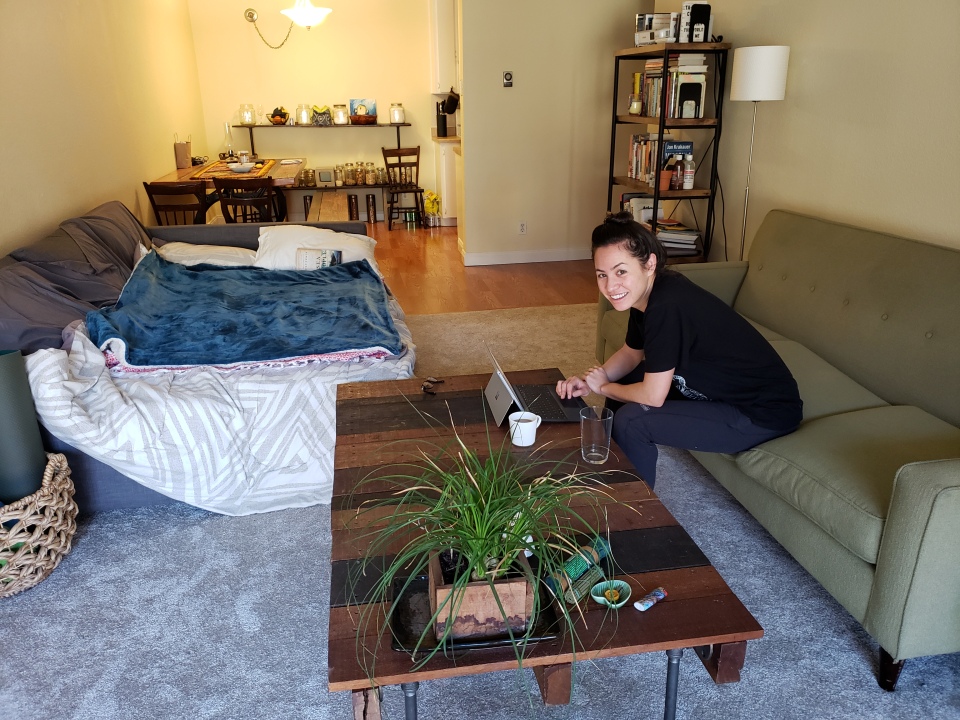 She’s still relatively sweet and possibly even more entertaining than in her slinky days.

Friday evening and Saturday were occupied thusly: a lovely meal with Lace’s friend Jon before holing up for the next 36 hours or so with lots of good bread and olive oil topped off with all manner of tasty veggies and butters and miniature pies, pots of coffee AND Season One of “Killing Eve.”  I consider myself to be in charge of ensuring that Teresa has a modest amount of sloth (and bad habits) in her life. I will say she seems amenable to being led astray now and then.

Sunday was ever so slightly more stressful as it was necessary to shower and leave the apartment before returning to finish off ‘Eve’ (but only season one; knowing there’s another season already in the bag of an excellent series is much like having money in the bank, better actually since you are not required to make wise decisions).  Our outing was to the Mama Papa Lithuanian restaurant in Alameda to meet my friend Susan’s daughter, a friend also, and a lovely young woman. Her mom died about three years ago and it’s a loss I still feel. Susan and I were never Best Friends exactly but we were good friends and supporters of each other in our efforts to lead interesting and meaningful lives in the arts while trying to also be good (single) moms. I’m not sure either of us wanted our daughters and sons to grade us but by now they seem to think we did reasonably well.

Susan’s lovely Anya…who maybe takes after her mom a bit…she is in a book club!

Susan was a writer and poet, a good one. I not sure I would have ever made my way to more than a passing acquaintance with the great contemporary poets if Susan had not presented them at the KiMo over the years. She moved to the UK for some years, where I visited her once, and later I  thrilled enviously to the announcements of publication of her two books. Susan was one of those friends you don’t see for long stretches of time but when you’re back together it’s as though no time has passed. So yes, I do still miss her…it feels way past time for our next tea and a long confab about books and writing. 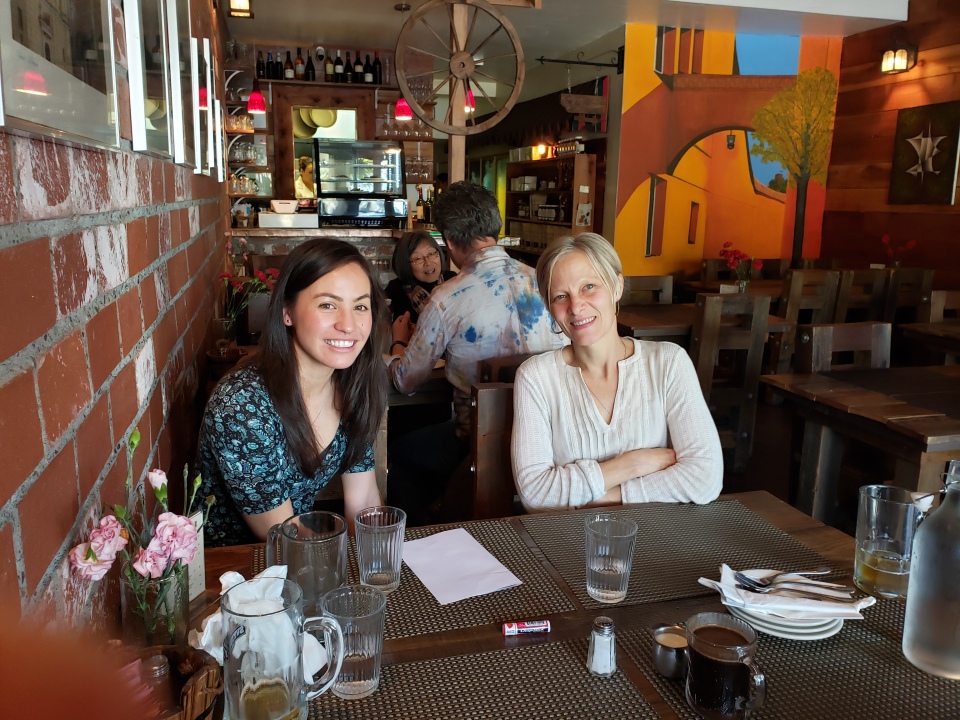 Young Women like these two are the absolutely best hope for the world…I say that seriously.

Beer and Borscht at the Mama Papa Lithuanian restaurant

I stayed over an extra day to attend my former UCLA teacher’s reading in San Francisco. Unfortunately that did not happen but the good news is her new book was waiting in my mailbox when I returned. In any case who can complain about a day that involved reading, writing and napping! I do love hanging around in Lace’s life and environment whatever we are or are not doing.