Tuesday Evening. Neset Camping. Have I said ‘…perfect day’ too often? At this moment I’m in a lovely cabin which is pleasantly familiar because I’ve stayed in it before (miss you, Lace) and it’s cold and windy outside on my private bit of lakeshore and warm and cozily-lit inside (as all the world should be…). Branches of the big fir tree out front are waving vigorously about and the moss-splotched boulder (where my dad used to play) is just feet away from the corner of the cabin. Out the front window a lone duck is braving the choppy waters while I’m all snuggled up in what will be my piney refuge for almost a week. Am I excessively sentimental about this place? Of course I am but I give myself permission…because being here makes my life perfect for a few glorious days once in awhile.

This is my last real blog post of the week although I may post an album of trees and water and random ducks once in awhile. I have things to do.

Today has a multitude of small components that go into my once again throwing around ‘perfect’ but there are two that loom large—the first being another really fine road trip with Simon from Kristiansand up here to Byglandsfiord the back roads way. It just simply does not get any better than that, especially with someone else doing the driving and that someone being a person like Simon who’s interested in history and the environment and the world in general, who is from southern Norway so knows the highways and byways of the region and, in fact, has a rather dramatic personal story of doing the right thing under circumstances of corporate intrigue that bordered on downright dangerous.

The backroads of southern Norway are scenic to put it mildly, you know, all those mountains and rivers and forests and bucolic farms. Well Simon has an extra for his personal tours—he works for one of the larger suppliers of hydroelectric power in Norway with dams and power stations up and down the Setesdal Valley (Norway is 99% clean energy, almost entirely hydroelectric). The most interesting plant was built in the 1920s, it is quite a beautiful building and everything still works just fine; at another site they were releasing some of the overflow from all of the rains this week so there was a grand scene of water showing off just how powerful it is. 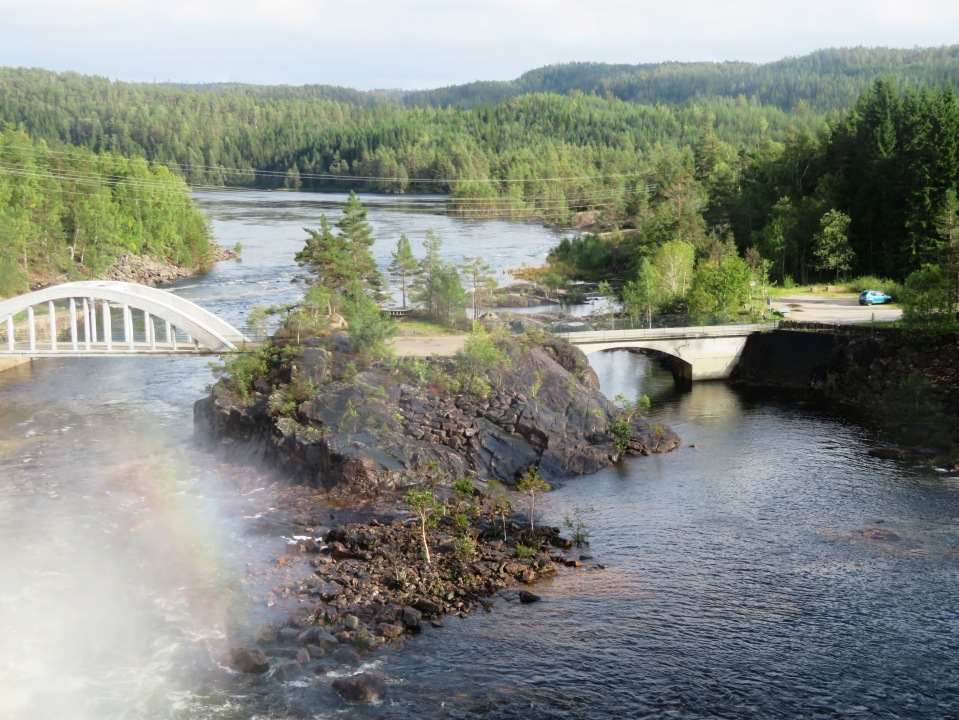 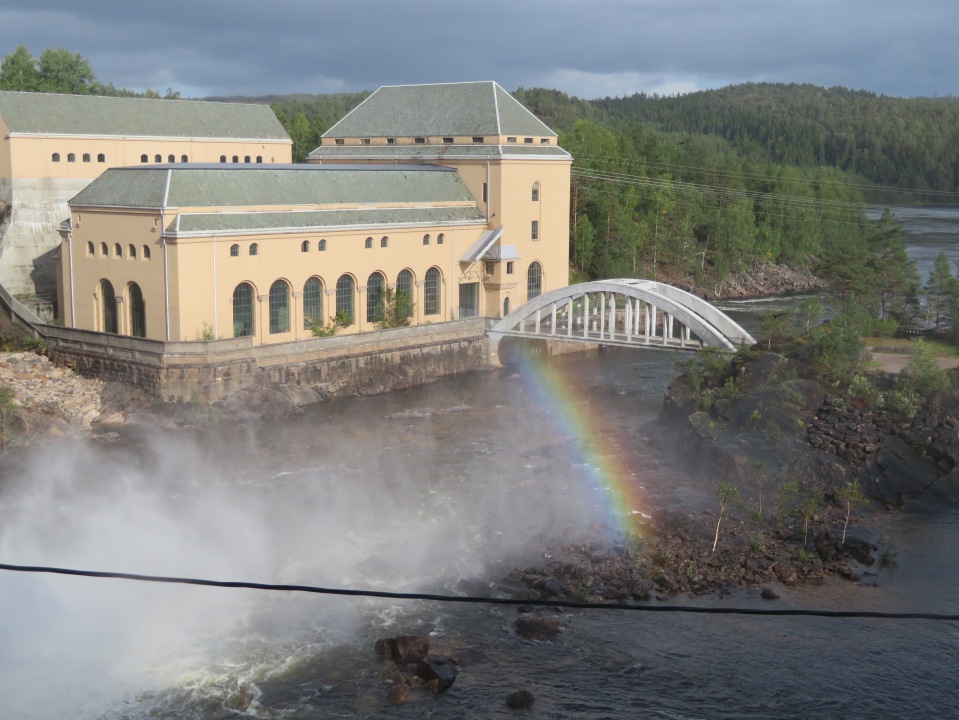 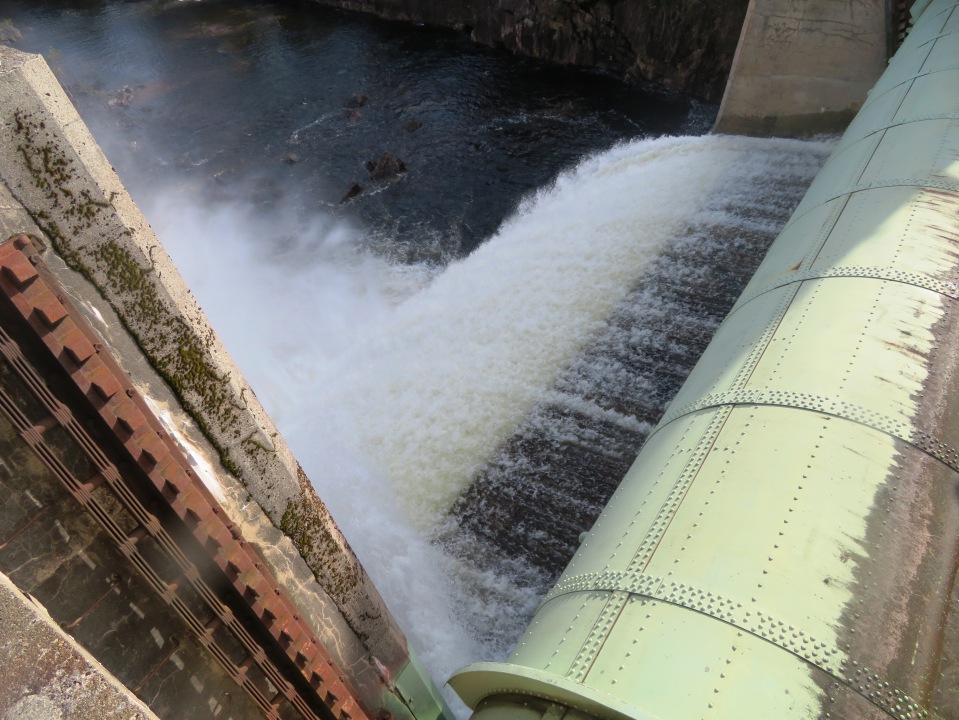 We climbed around the mountainsides a bit, drove down narrow windy roads, and visited some of the old railway sites from when the train ran between Kristiansand and Byglandsfiord—the train my grandmother and her brood would have taken to meet the ship that would take them to America. Then we had a hot dog and Simon brought me ‘home’ to Neset Camping—which forces me to use that word-perfect again.

For sending timber down the mountainside. 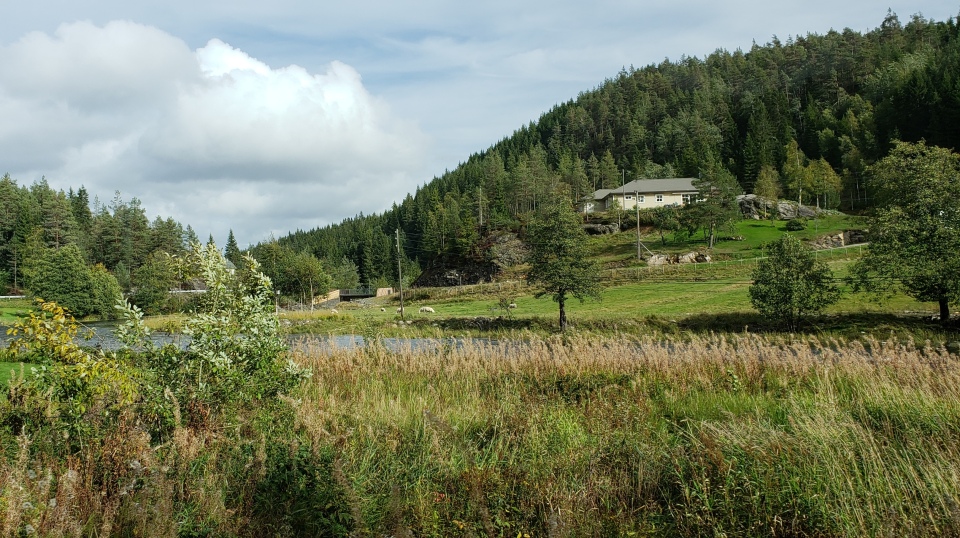