And therefore I must have a birthday. This is a hard one…so I’ve stopped writing book or blog. Stopped thinking generally. I’ve just been Marie Kondo-ing my past. This compulsion to ‘tidy up’ closets, bookshelves, desks, drawers, bins, and cupboards; to rid my life of what doesn’t ‘spark joy,’ elicit a tear, of that which no son or grandchild will want, is powerful. It has become very nearly an obsession and I’m not sure of the impetus other than age. But I’ve had many birthdays now on which to practice getting another year older and they have been cause for a certain measure of anxiety…even a modicum of fear perhaps. This year is different somehow; but no, I do not believe I will draw my last breath at 3pm on April 3rd; and yes, I’m in excellent health (for my age!) and will climb Black Mountain that day…it’s just that…well…it really is all downhill from here…no matter how many steps my Fitbit claims I’ve walked or how many vitamins (or worse yet leafy greens) I’ve consumed. Downhill.

This post is intended to get us from the end of January until now—when travel resumes and life and this blog have purpose once again. The next post will arrive via cyberspace from the Democratic Republic of California, San Diego to be exact. Now however, join me for a picture album of February, March, and me in Albuquerque.

Brits have such unique taste buds. 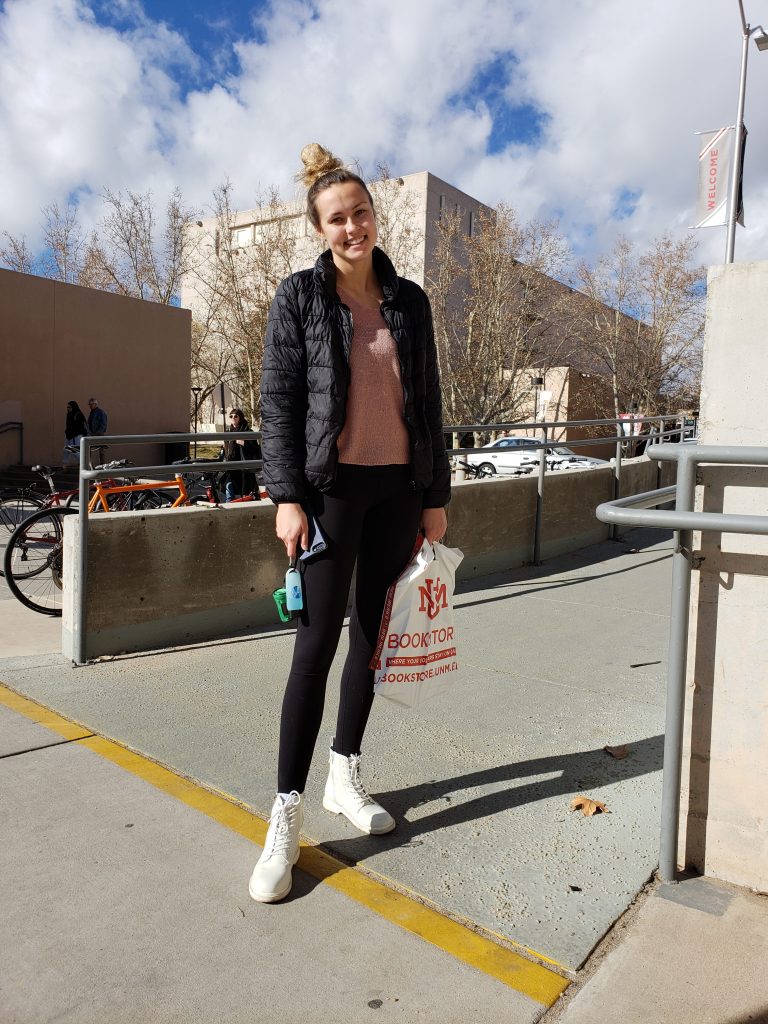 Spending some time on the phone with Scott as serious planning for the Stans in September begins. 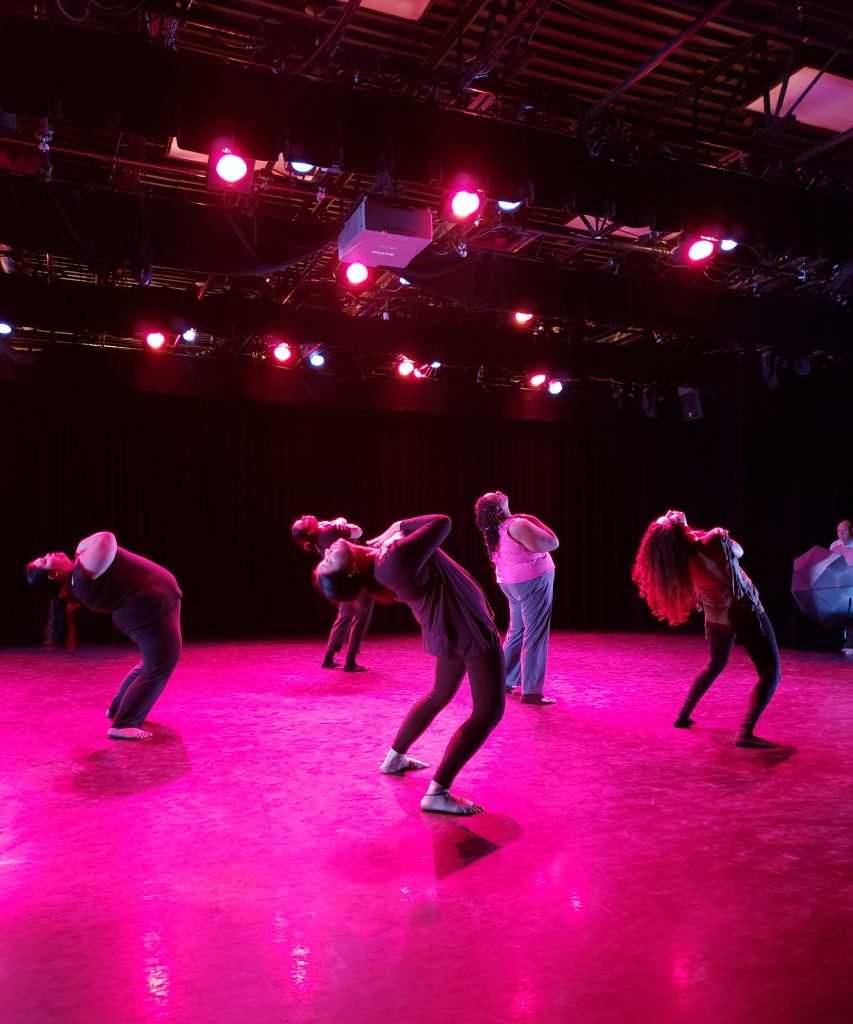 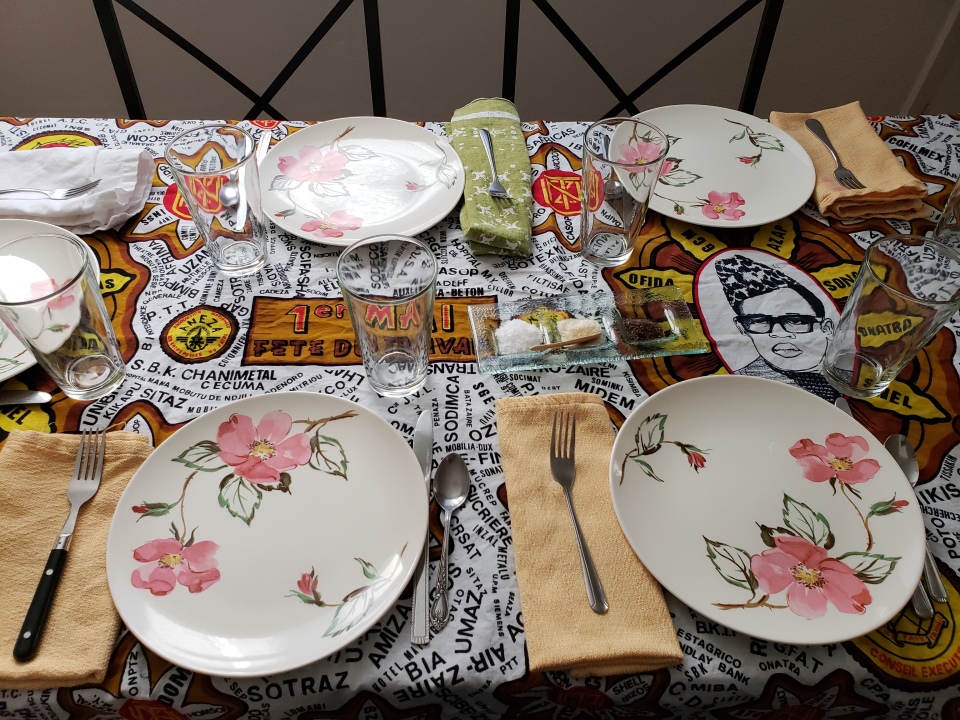 I can’t resist setting a table with my mom’s favorite wild rose plates (which she got with green stamps) on a piece of cloth I brought home as a souvenir of my first trip to the continent of Africa. Zaire (now the Democratic Republic of the Congo) had Mobutu’s face everywhere; he was a monster and of course a favorite of the U.S. Somehow the juxtaposition of wild rose/monster seems interesting. So much of our lives thusly contrasted.

Friend Bruce is an architect and a sculptor of enigmatic and elegant pieces.

And then Luna and Kalia play in Robert and Marsha’s backyard just before they (the people not the dogs) leave for Florida (the wimps). 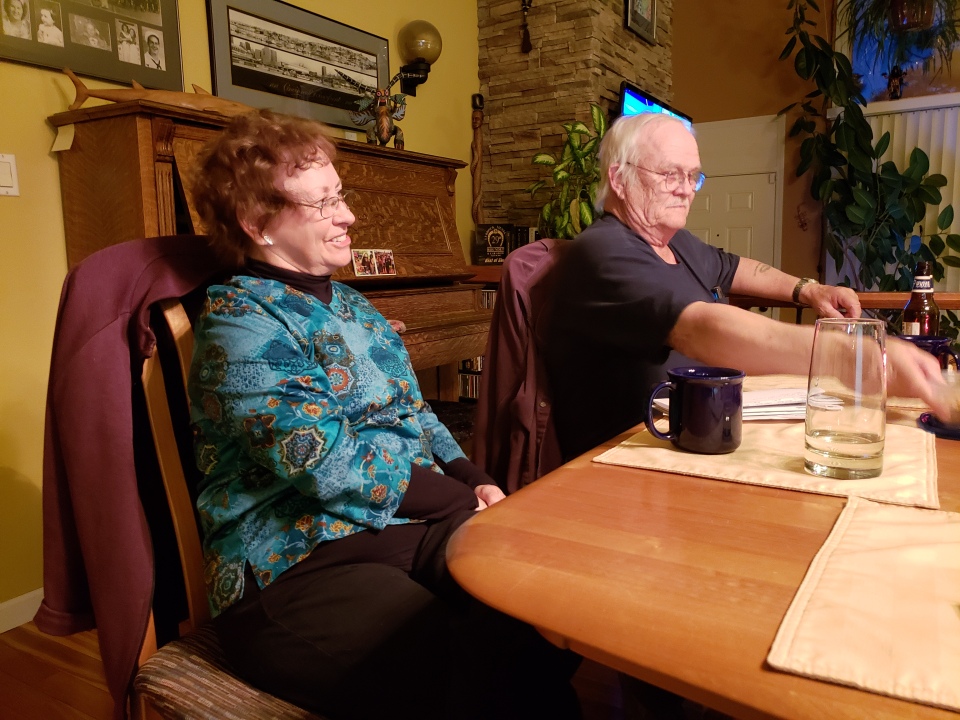 Steven and his kindly old uncle. 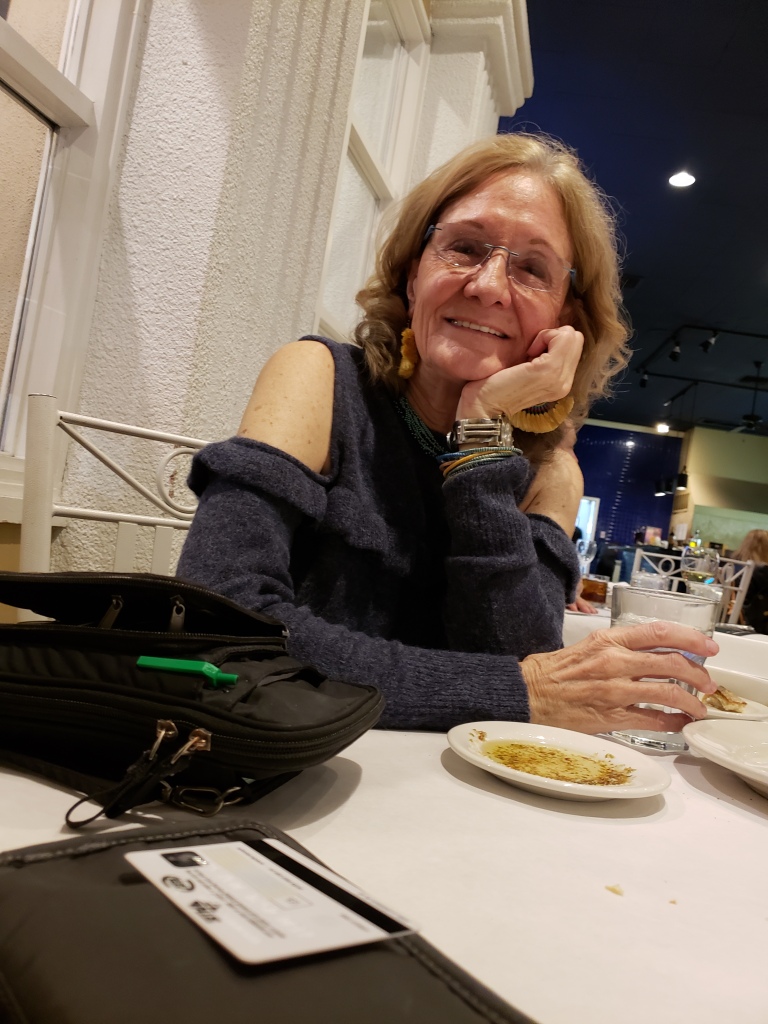 Friend Basia and I at dinner at Yanni’s. 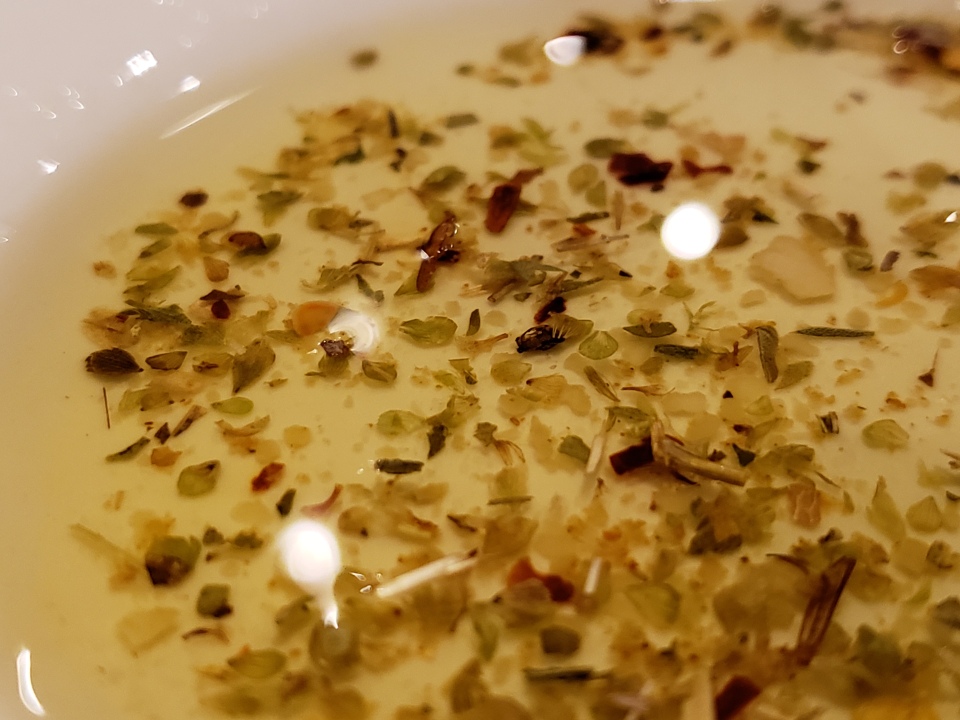 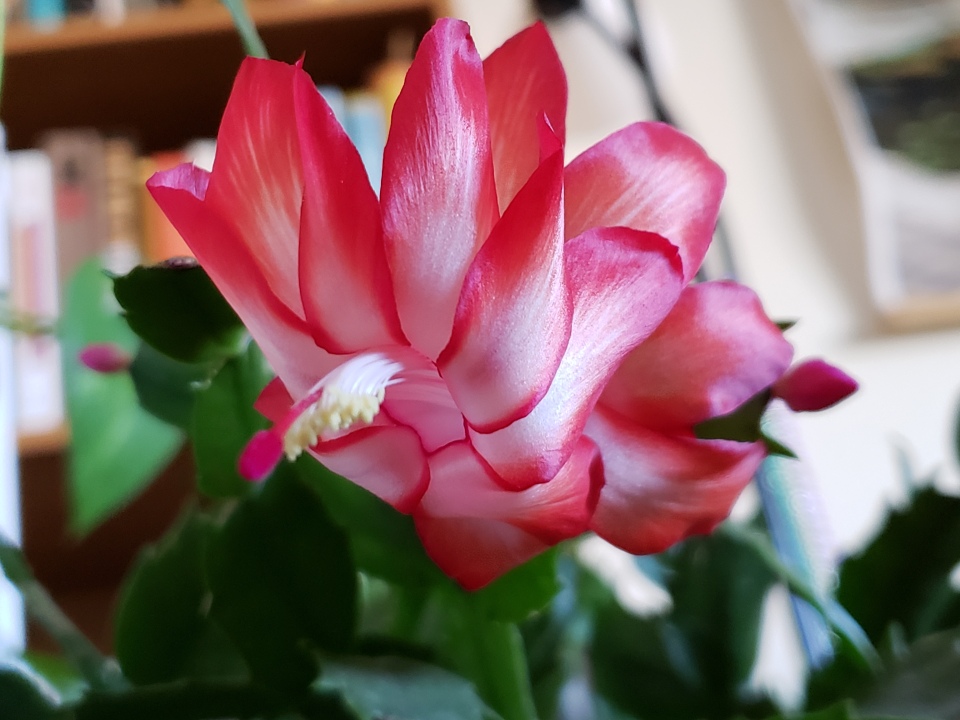 Sara is over to watch Amistad for a class. Kalia comes along to help. 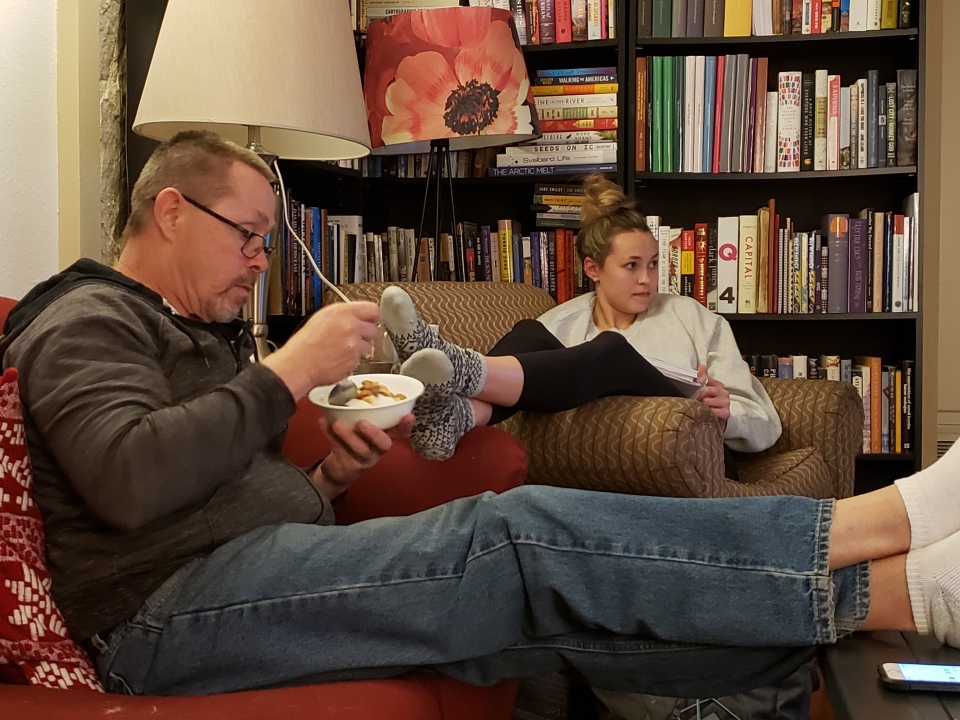 As does her father. 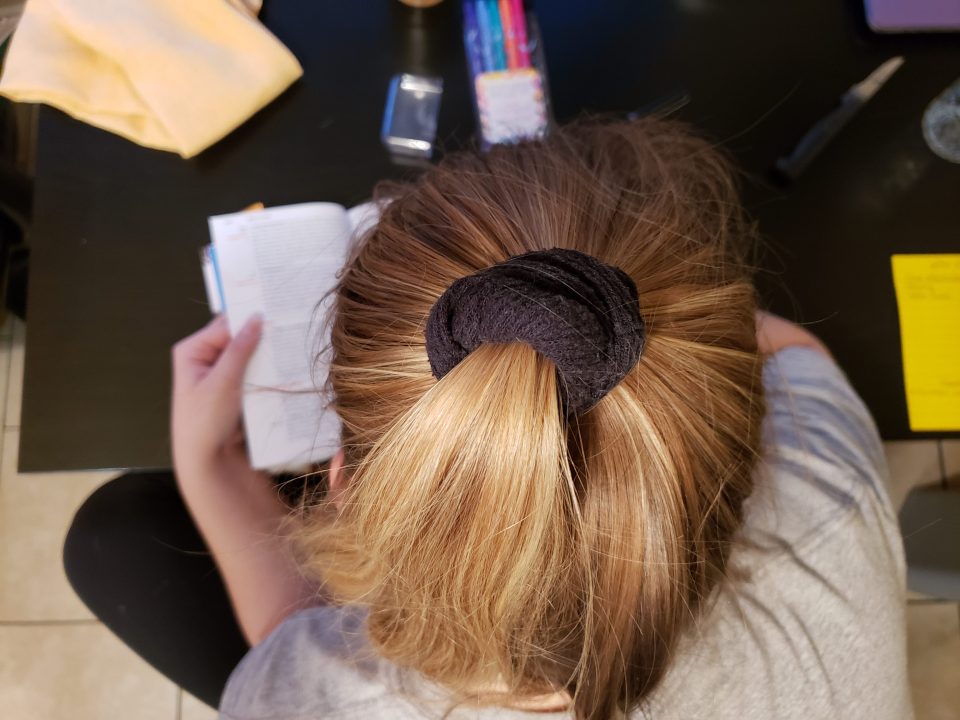 Another time Patricia and I spend an evening working on our Quebec plans.

I give Mom’s meat grinder to a friend at work who likes food and antiques. But not having his picture taken.

Tree at the gym…waiting for real spring, as I nap in my car, waiting for abs class to start.

Sometimes my plants wave at their cousins outside.

← BOYS’ LIVES
LOOKING OUT THE WINDOW →