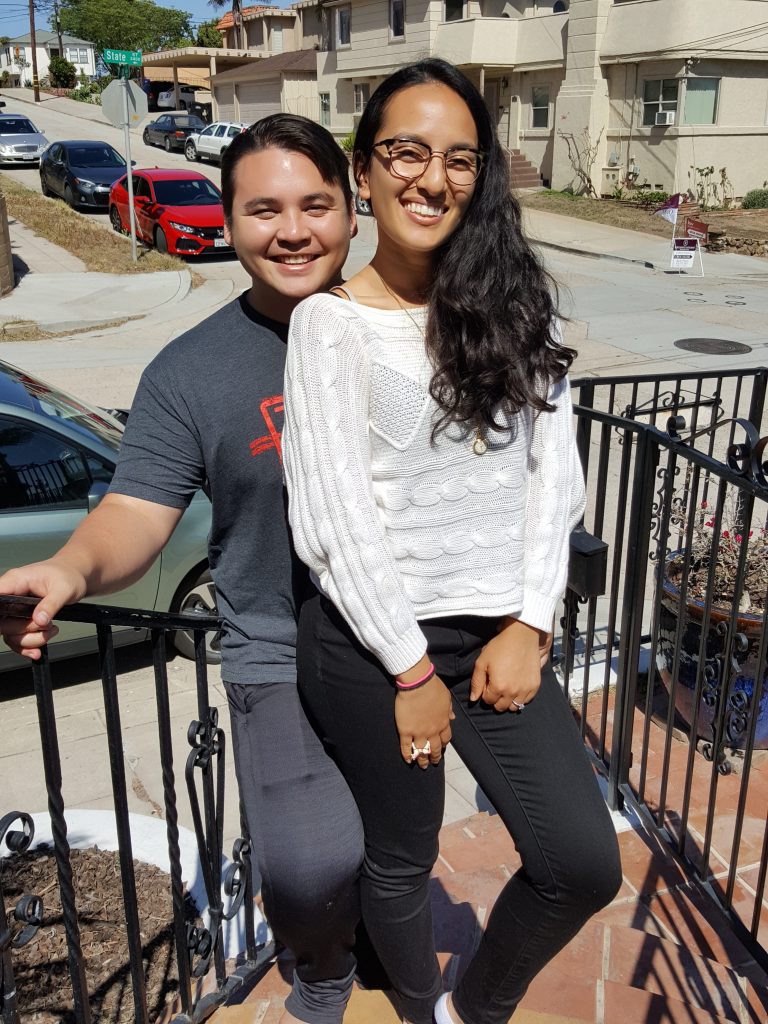 THE ENGAGED COUPLE, ASHLEY AND STEVEN. 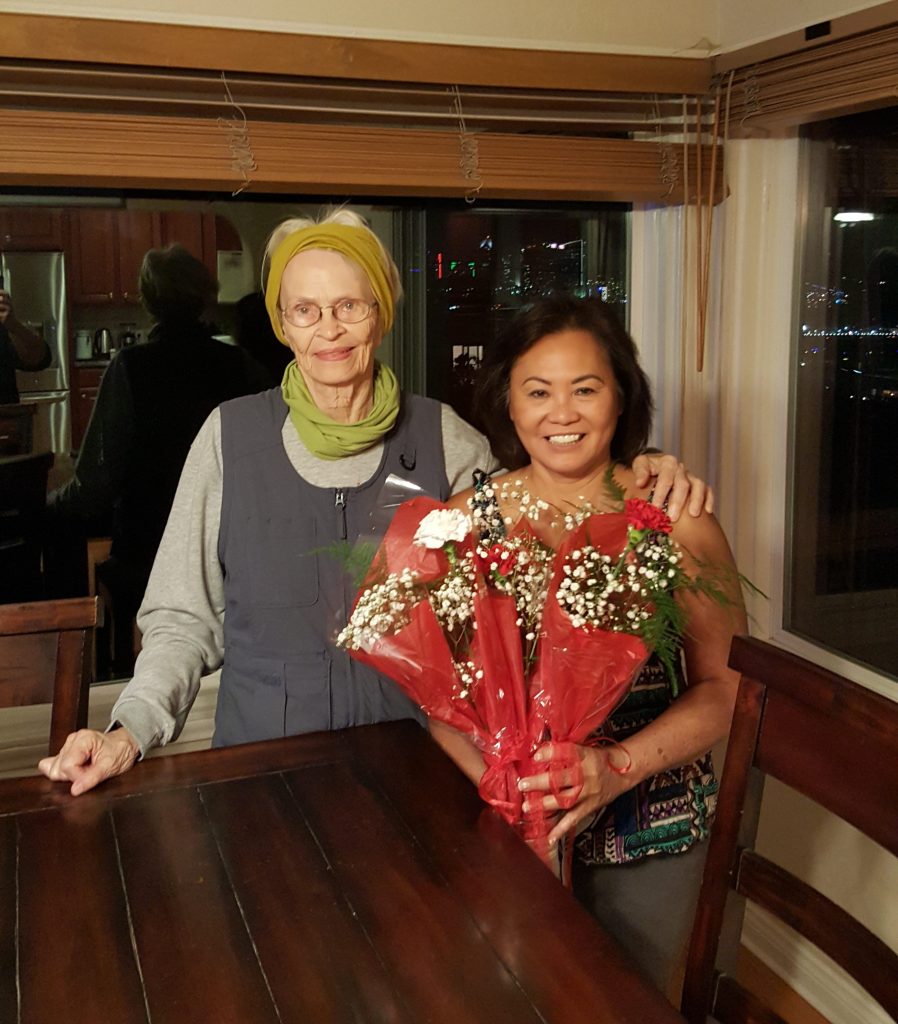 A good time was had by all. Especially me. I do love my little escapes to San Diego where there are Russian restaurants and IKEA and, sometimes, big family events. This was one of those times for all of the above. Here’s the album.

I tend to feel something is lacking in my life if I cannot have an annual IKEA visit. But no meat balls Saturday (which we’re now told originated in Italy anyway) because the next stop was to be my second Russian restaurant of the trip, Kafe Sobaka, where the borscht was the brightest of reds and the vodka and salted water drink! was just right. 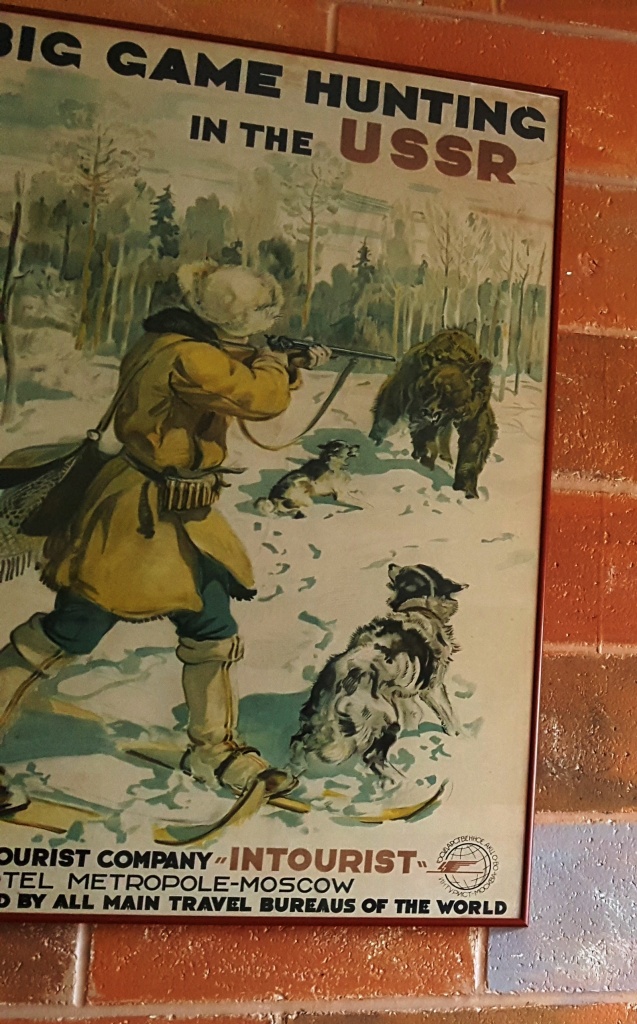 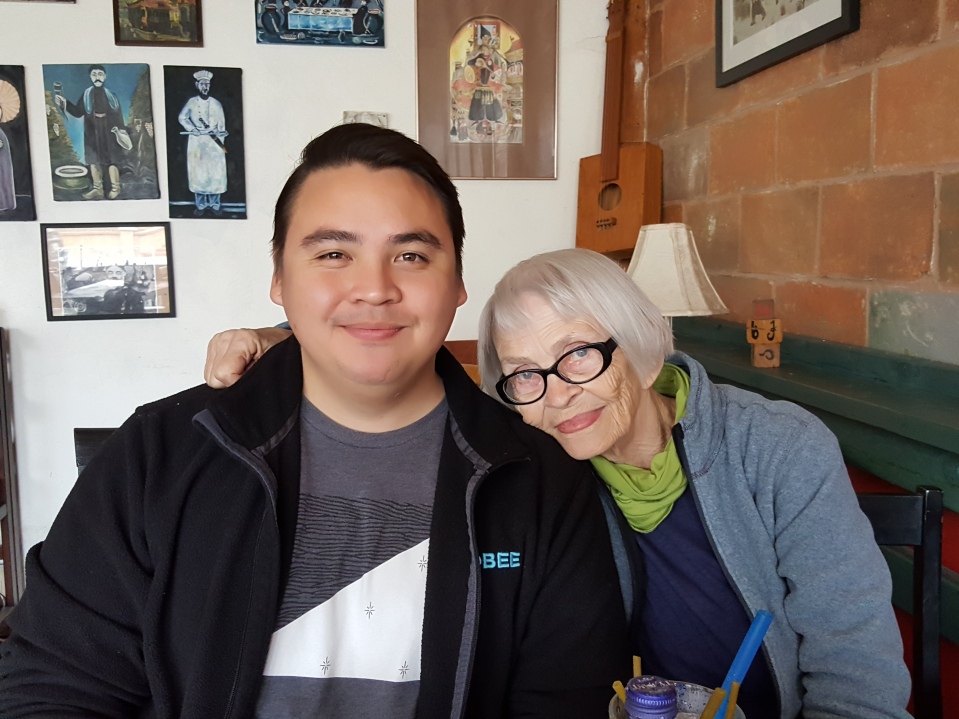 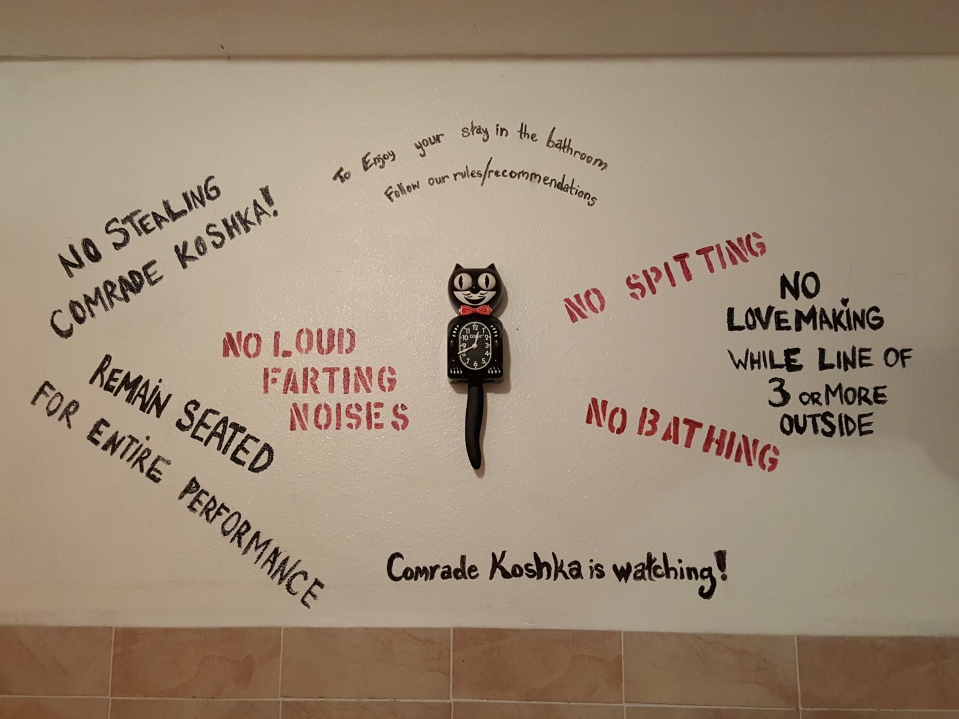 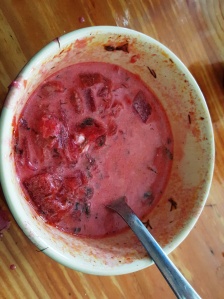 I FORGOT TO TAKE A PICTURE BEFORE IT WAS FULL OF SOUR CREAM AND HALF EATEN…NEVERTHELESS WHENEVER BORSCHT IS AVAILABLE IT MUST BE PROPERLY DOCUMENTED.

Sunday was Mother’s Day so we did what I wanted to do since daughter-in-law Sandra went up to LA to meet Teresa and enjoy a spa day courtesy of her kids. Me not being a fan of noisy Sunday brunch places, we stayed home and had super-strength BLTs, limoncello, Kvaefjordkake, “The World’s Best Cake (according to Norwegians) and lots of coffee. Steven and I baked the cake which is quite a complicated affair with alternating  cake, meringue/almonds, and custard/whipped cream layers. Actually Steven did all of the serious work while I served as the sous chef/baker/cleaner-upper. 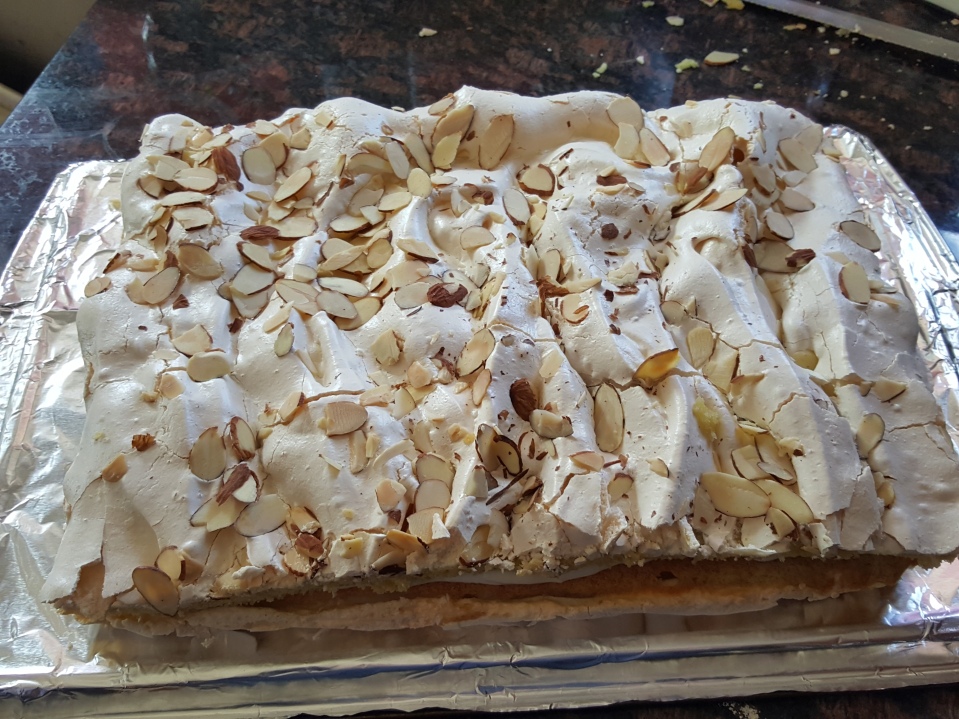 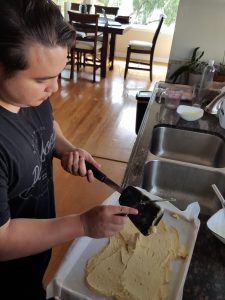 The best part of the day was spending time with Ashley and Steven who got engaged a short while ago and are busy planning a major wedding event for September 2019. Ashley will just have finished PA school and Steve will just be starting graduate school so they’ve decided this is the propitious moment. This wedding will definitely be the biggest blow-out our side of the family has ever witnessed, featuring Taiwanese, Arabic, Filipino and Norwegian components. I think the Norwegian input will come in the form of cakes or bread or pickled herring! I’ve offered to host a Viking breakfast where we gnaw on reindeer legs, drink a lot of mead, recite some of Odin’s poetry, bludgeon each other awhile, and possibly offer up a sacrifice or two (only Republicans though). It doesn’t look like we’re going to do any of that; kids these days lack a true sense of adventure. 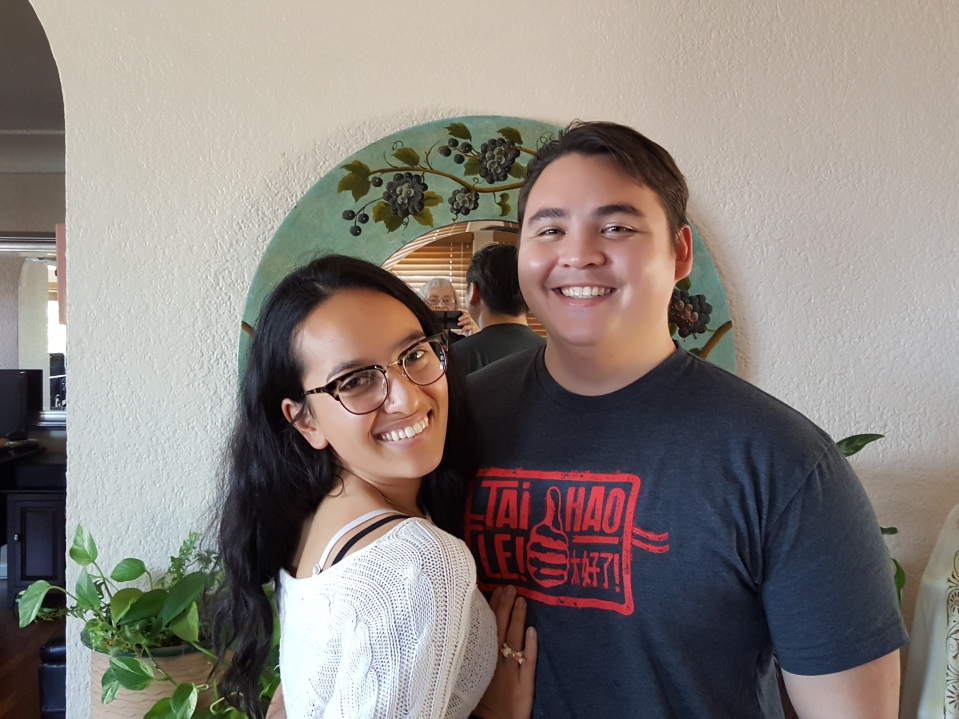 Ashley and Steven have been together a long time and we all love Ashley dearly so it’s quite exciting to look forward to this first grandchild wedding in the family. 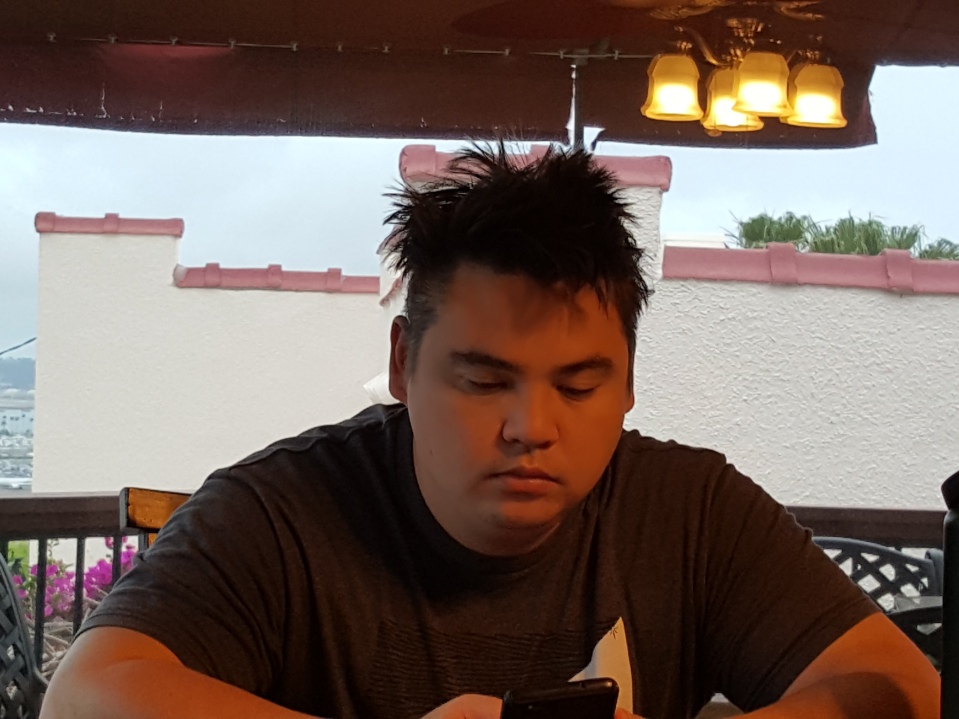 EARLY IN THE MORNING. 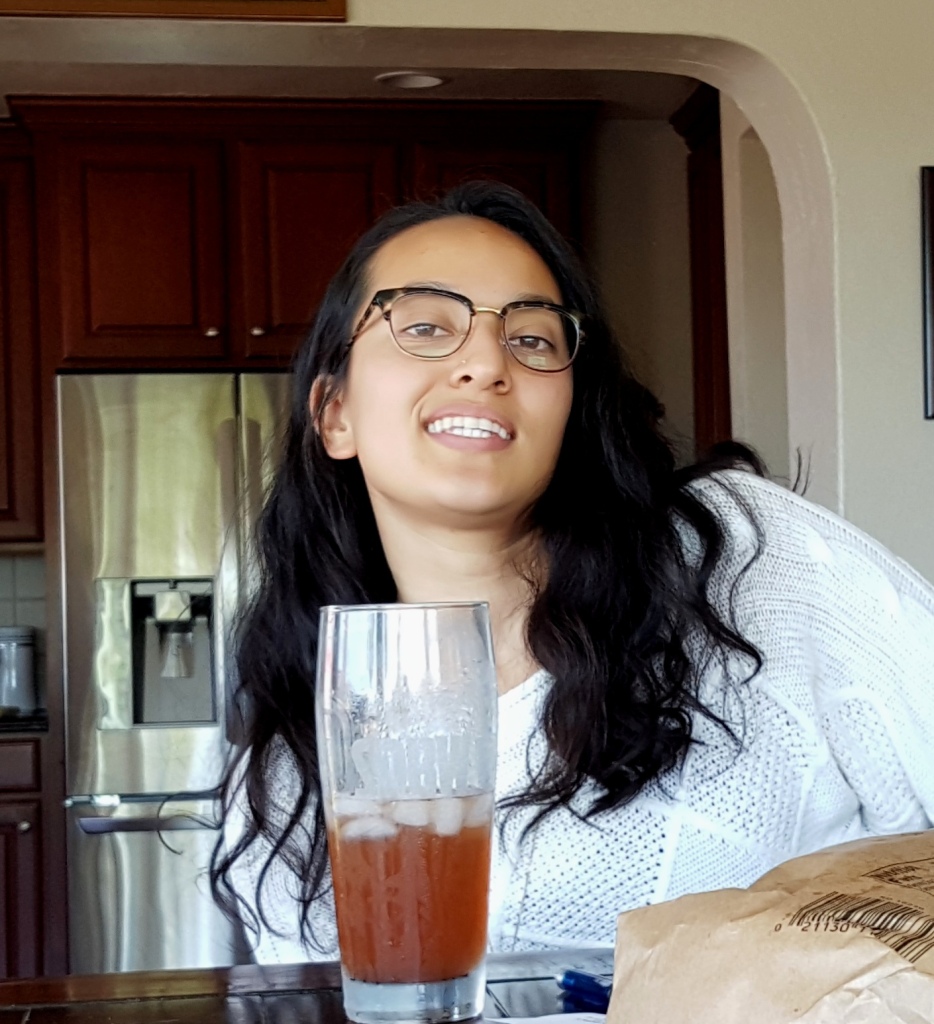 And just for me it was cloudy two days and almost rained once. 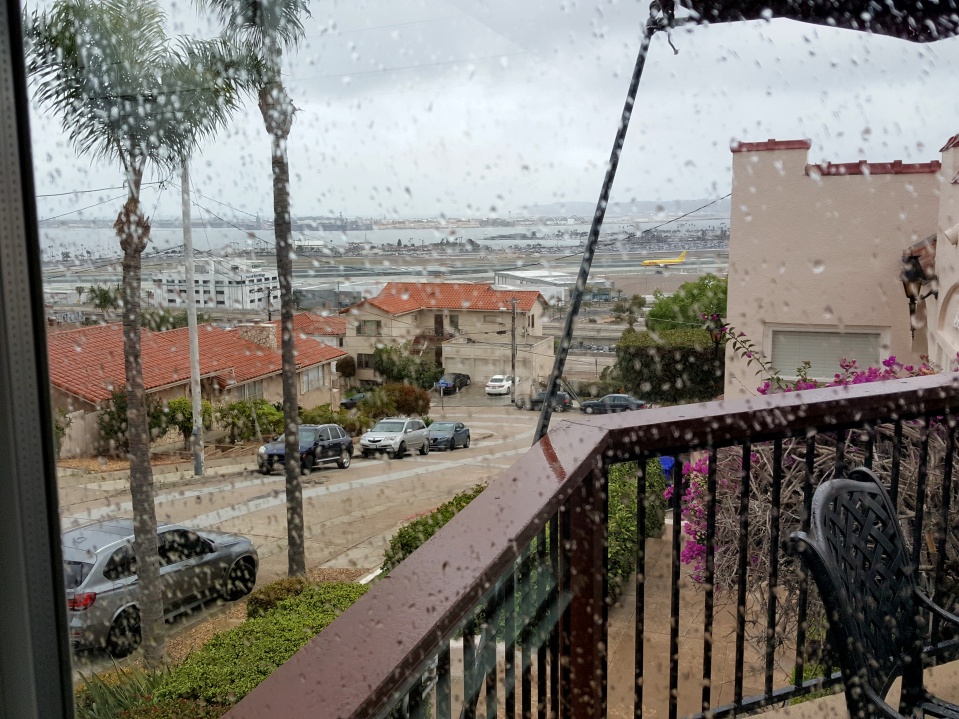 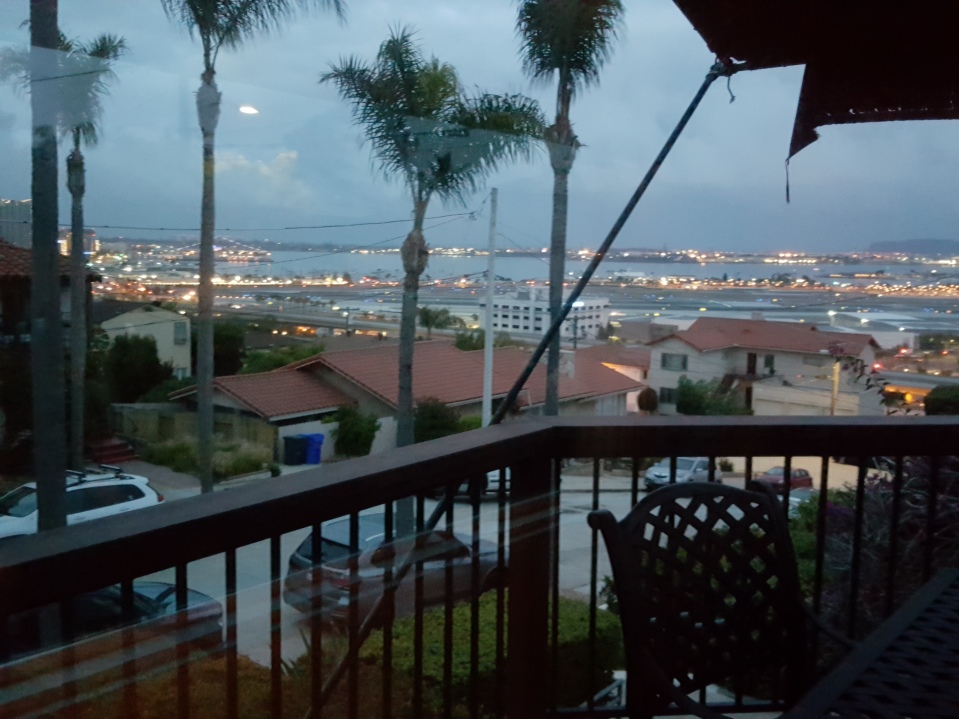 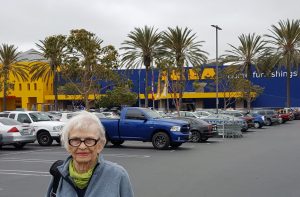 DID I MENTION IKEA…