ODD DISCOVERIES OF ABSOLUTELY NO CONSEQUENCE

In northern Minnesota, the leaves continue gilding; the air is pure and predictive of cold to come; and I have just returned from a sleepover in the north of the north. When I pay attention to my world there are always discoveries. For example.

On the way back from Roseau yesterday, a drive of about 220 miles, I parked at a rest stop overlooking the Rainy River and the Canadian shore—so near and yet so Trump-free. It was a shady place of pine trees and contemplative fisherman on the shore, September temperatures and friendly breezes, no traffic on Highway 11…and me in no rush. I was happy. I fell asleep for a short while, and then, coming to in a trancelike state, I chose not to open my eyes or move a muscle for what seemed like a long time in paradise. No sounds, not a single twinge in my ageing body, not one disconcerting thought in my head. That may not sound like a big deal since it was only long moments not long hours..but trust me it was…a big deal…in the annals of otherworldly road-trip moments. Maybe you had to be there… 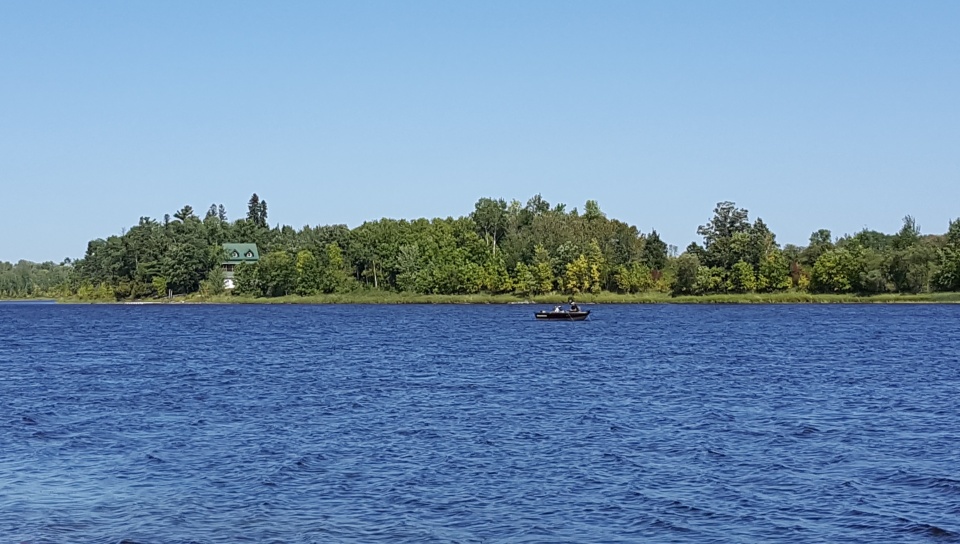 Starbucks’ protein/coffee drinks are indescribably gross. Gas station/pee stop. What to drink. I drive everywhere with a water bottle liberally flavored with instant coffee (which everyone but me finds disgusting) but sometimes one needs a gas station drink. They didn’t have the Starbucks road drink I like at the station where I stopped but they did have a whole shelf full of Starbucks Double Shot Protein Vanilla Bean drinks. The worst drink in the history of gas stations. I am a Starbucks fan, not many things better than a venti non-fat latte, but I must say my love was sorely tested by that protein thing. Never buy one.

Effie has a new mosquito. Effie, Minnesota had an impressive mosquito sculpture for many years—of course I took photos during my sojourn in the north in the 90s. At some point one was included on one of my blog posts. About two years ago a writer named Mark Rapacz emailed that he had come across the photo and, happening to need a mosquito photo for his new mystery novel, asked if he could use it. Of course I was thrilled—finally a published photographer!  He kindly sent me a copy of the book which I’ve proudly shown around. Yesterday’s jaunt took me through Effie once again—and the original mosquito is gone! Thank god it’s been replaced by its stingingly silly cousin.

More about family, friends and walleye coming up.