Those Vikings were everywhere…

Right now it is a cloudy day in a cozy log cabin in Neset, Norway. Teresa is hiking the mountain and I’m gazing at the lake called Byglandsfiord. I want to post the rest of my Greenland albums while here at Neset Camping…so I can move on to talk about my very own Norwegian cousins and the North Country in general and end up in swinging London—or is that not-so-special-after-all post-Brexit London? Internet access is limited here at Neset Camping and there are no TVs or even radios maybe? Anyway I am far from Trumpland and there are icebergs still bright in my mind’s eye.

Viking Greenland. It seems Eric the Red, a Norwegian of course, arrived in 985, having murdered a few random souls and been evicted from his Icelandic homeland. That generally non-green Greenland was so named is due to Eric’s desire to have more settlers follow in his sea-steps—strictly a marketing device.

We flew into Narsarsuaq (where a very large US military base existed at one time) and boated over to our lodgings in Qassiarsuk, home of Eric’s first settlement, settling in at the Leif Eriksson Hostel before exploring the scattered remains of what was originally the Norse settlement of Brattahlid. Later in the week we trekked over yet one more small mountain range—only five or six miles—to Igaliku, a most scenic Viking village,  at one time subject to the archdiocese of Nidaros (Trondheim) which is where my mother’s father came from.

It was Eric’s son, Leif, born here in Qassiarsuk I think, who eventually made it to Vinland/Newfoundland—the first European to have set foot on New World soil. I could say ‘Go Vikings’ again …. Nah…. But sometimes in the 1400s the Vikings did go—disappeared altogether from Greenland and no one is sure why. They did leave behind this potent trail of tourism crumbs for their Scandinavian descendants and we are grateful.

A Very Big Album of the arrival in Viking Greenland and the later trip to Igaliku follows. 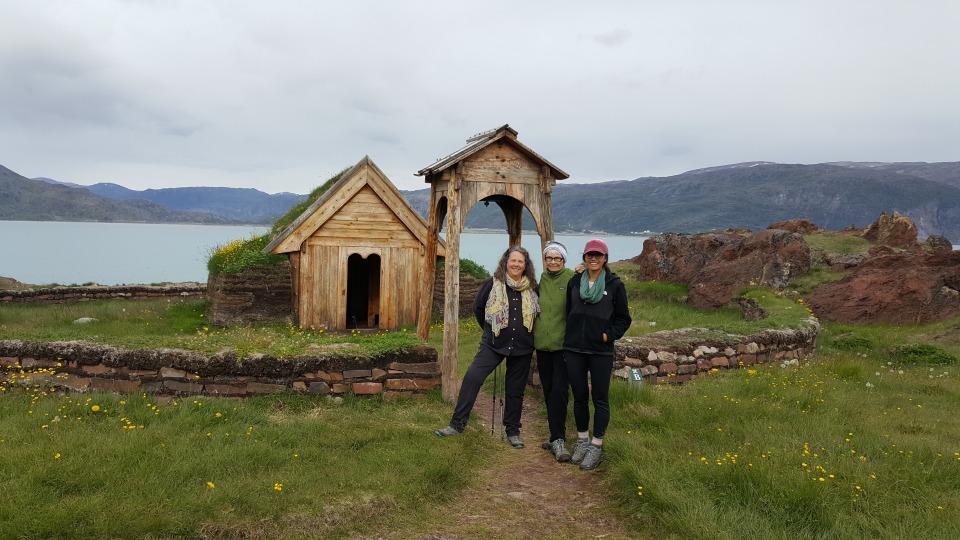 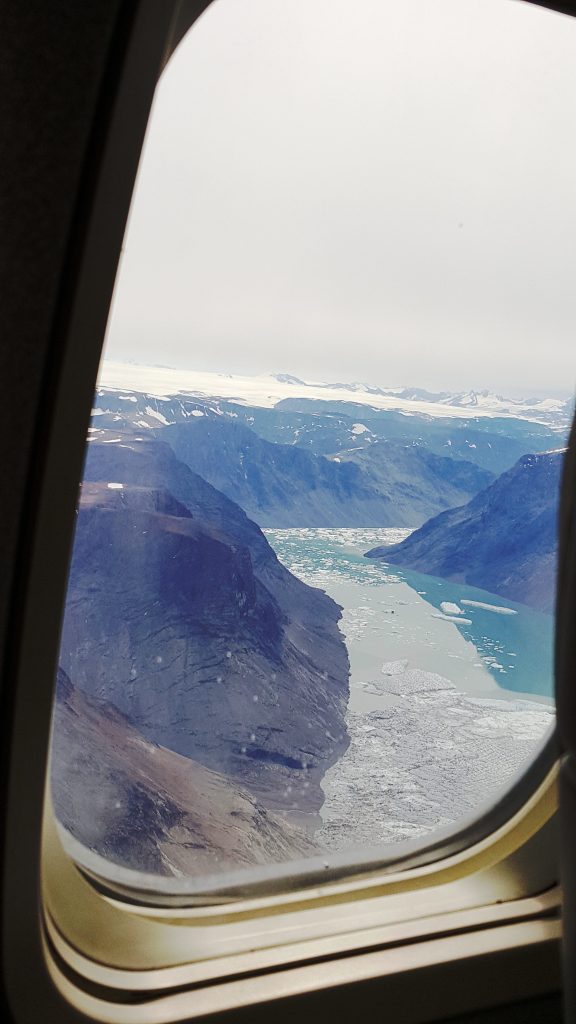 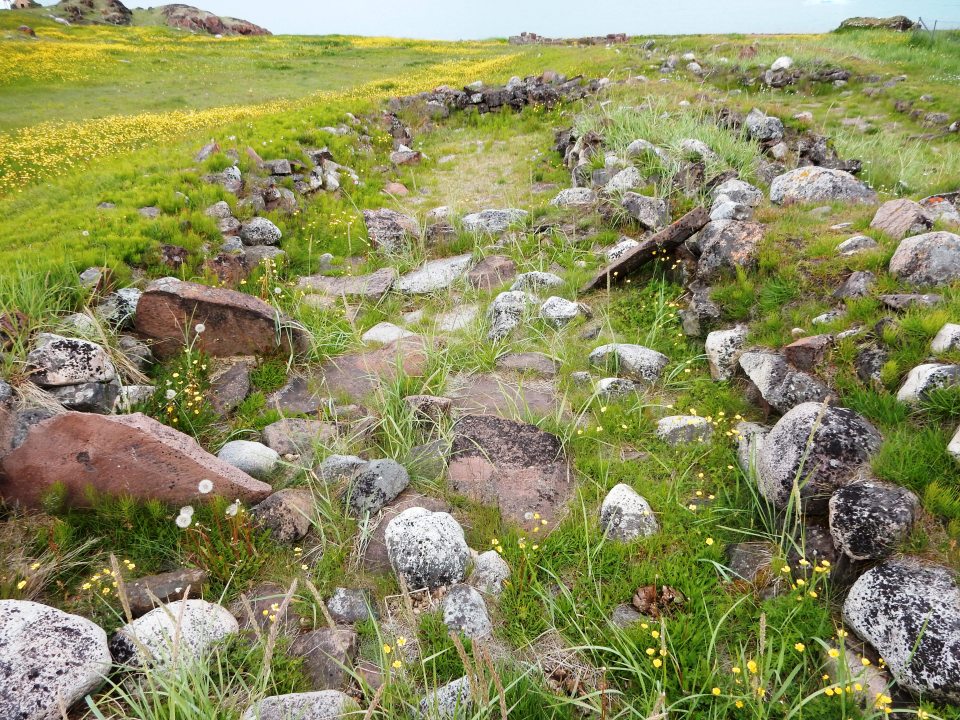 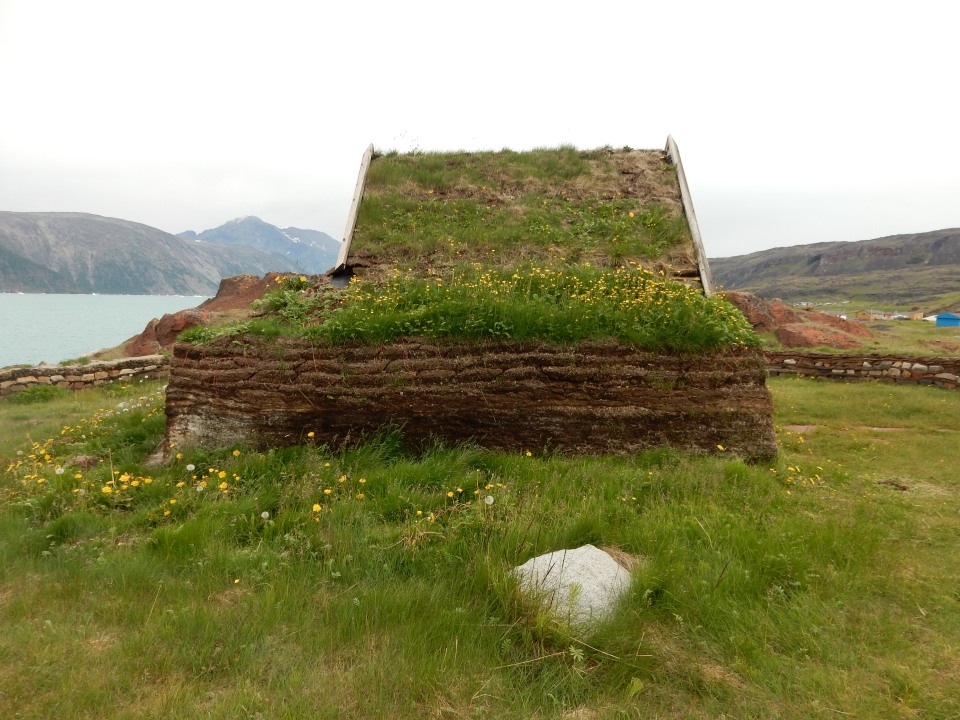 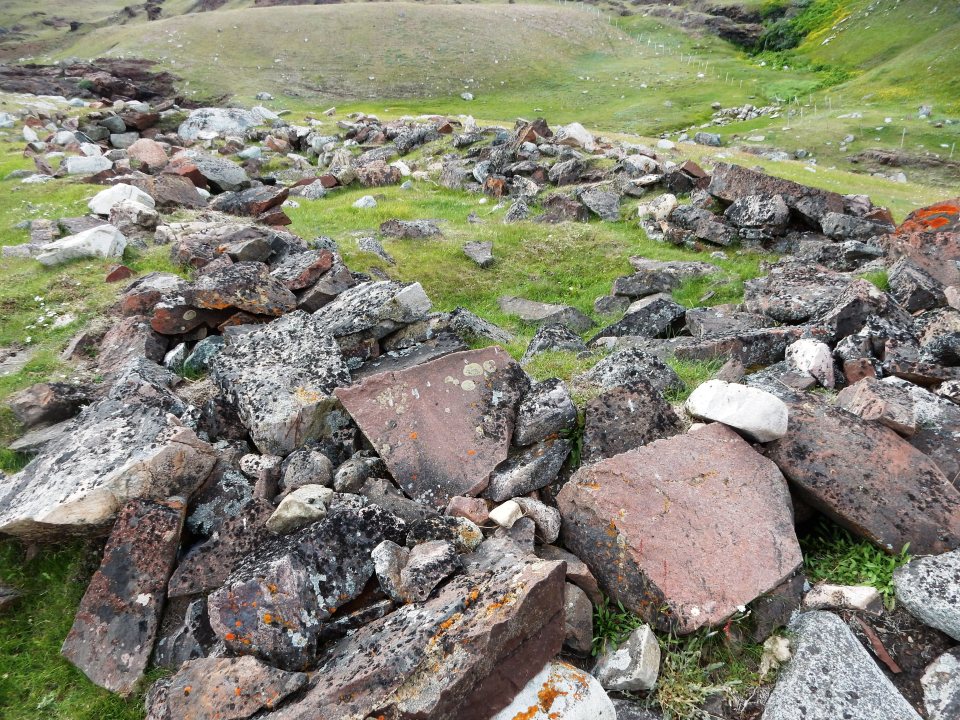 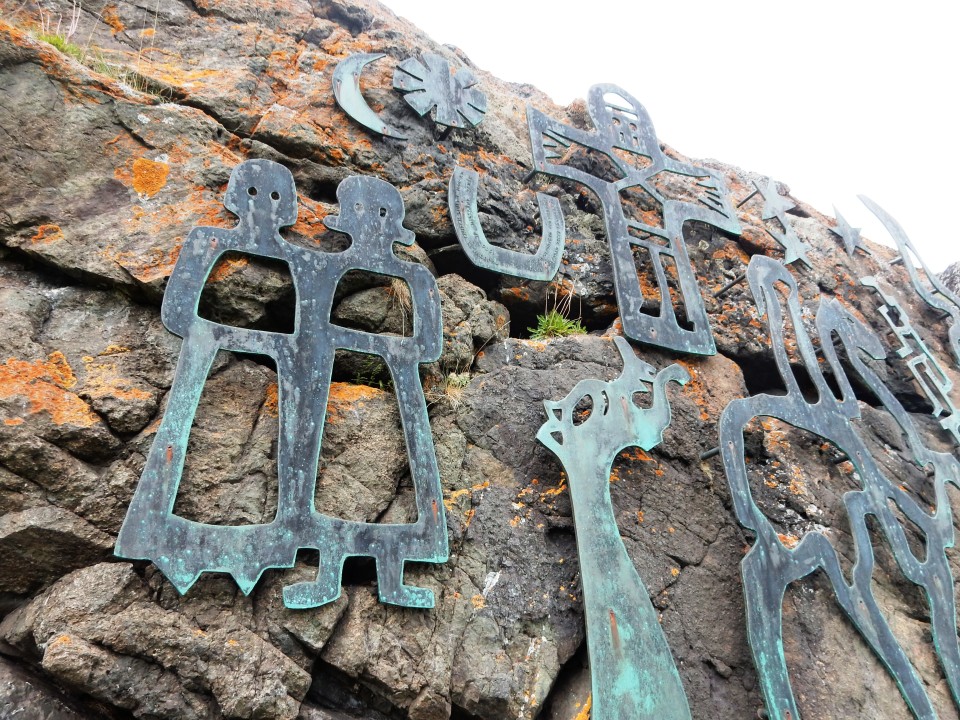 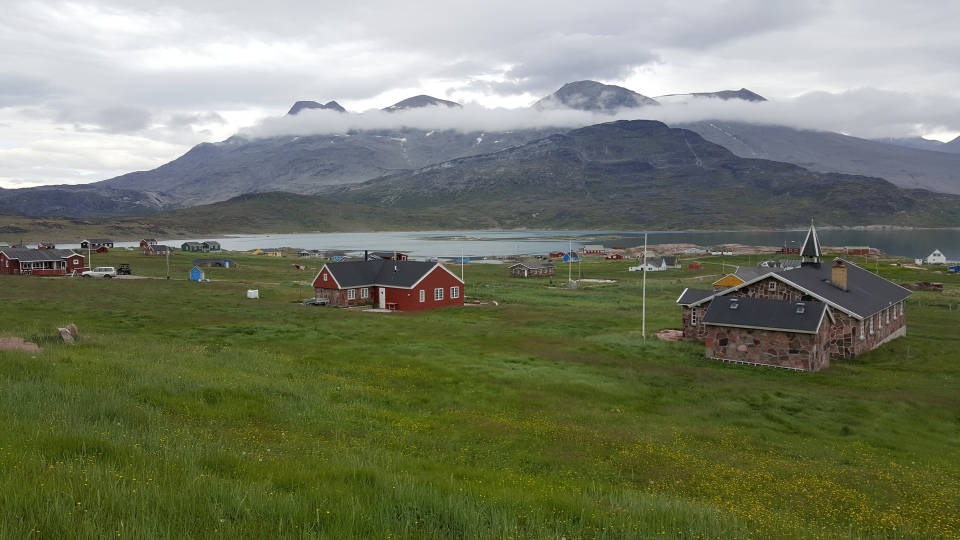 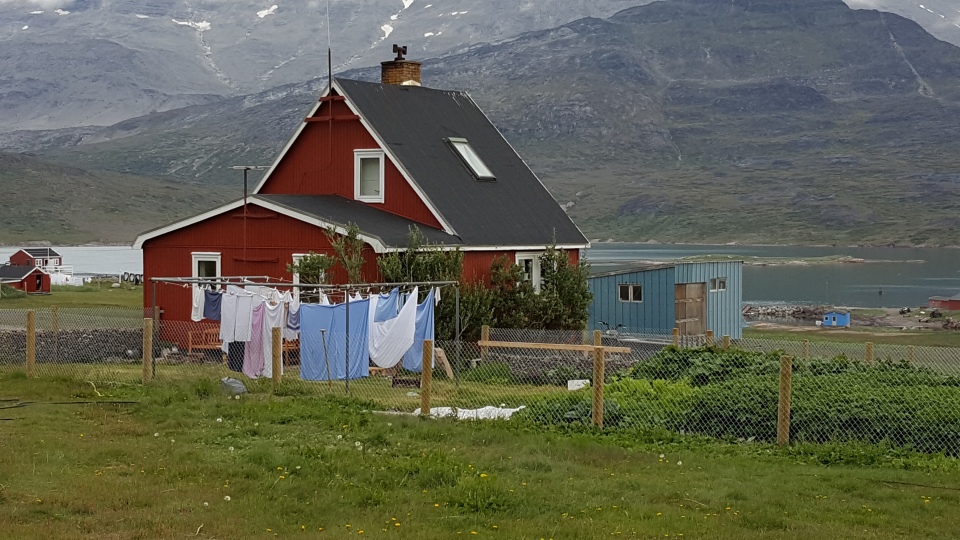 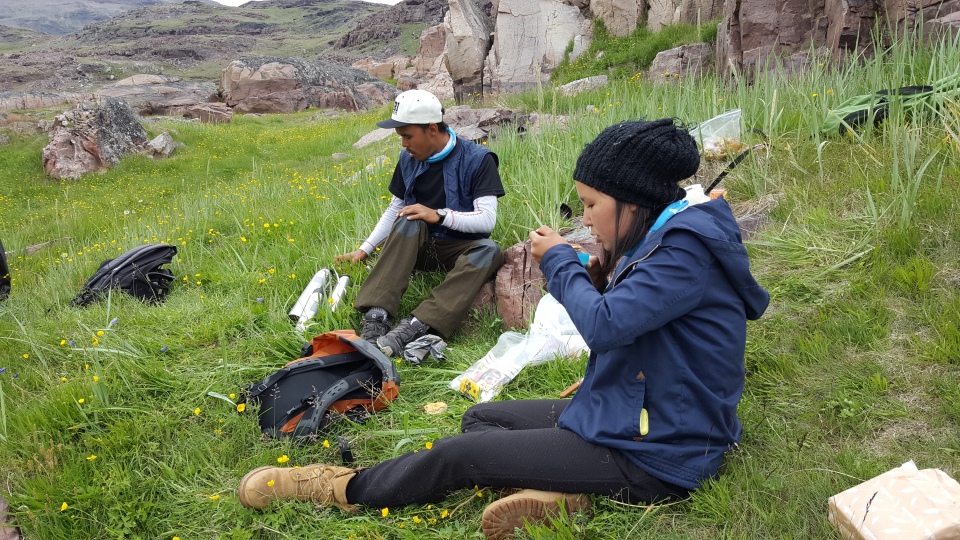 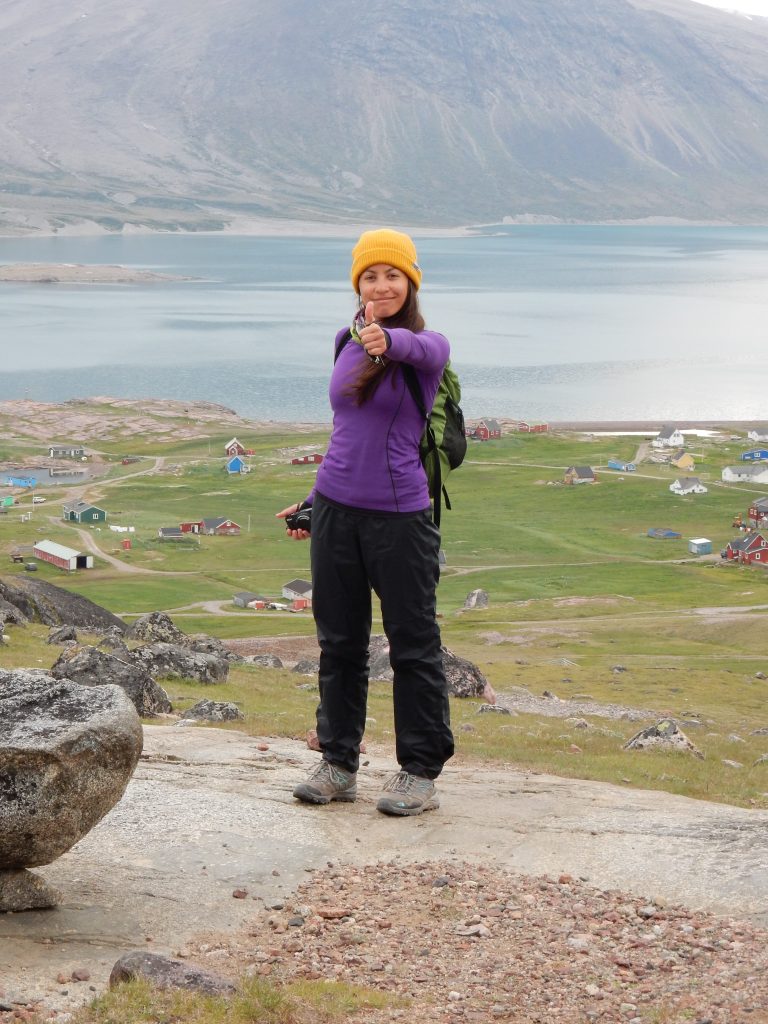 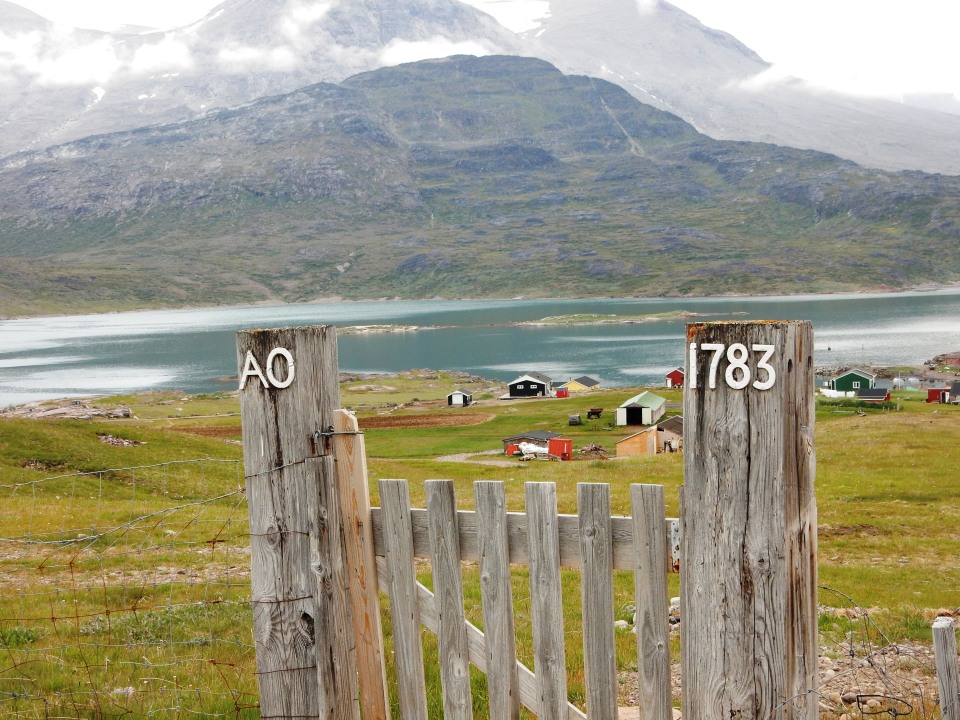 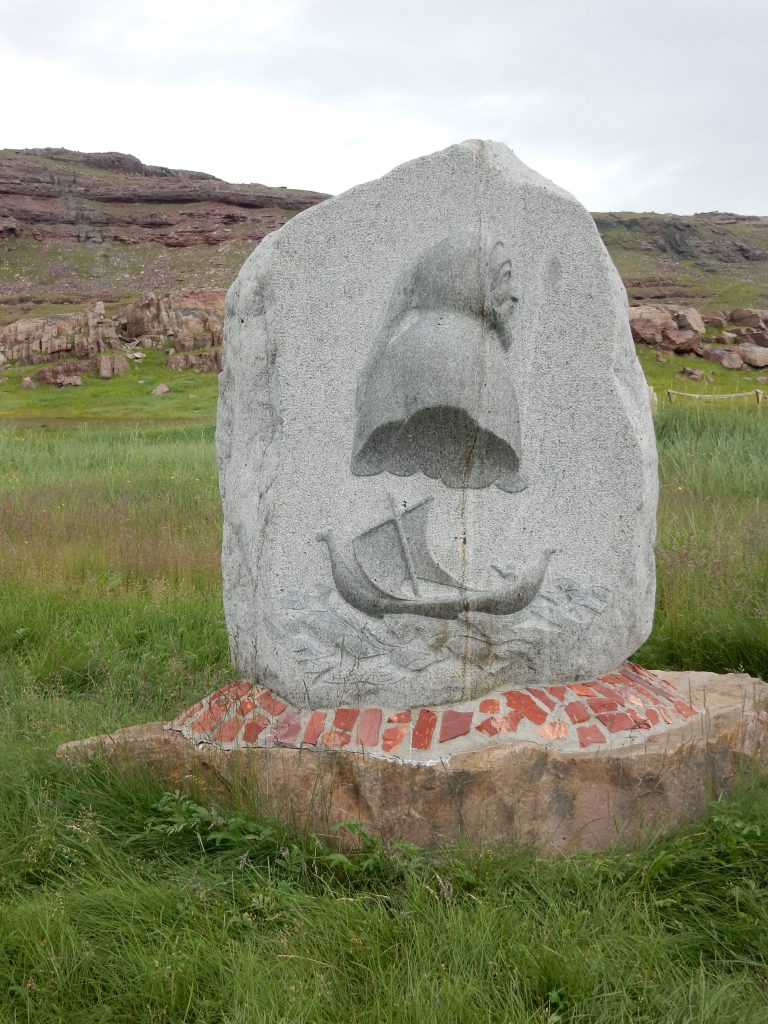 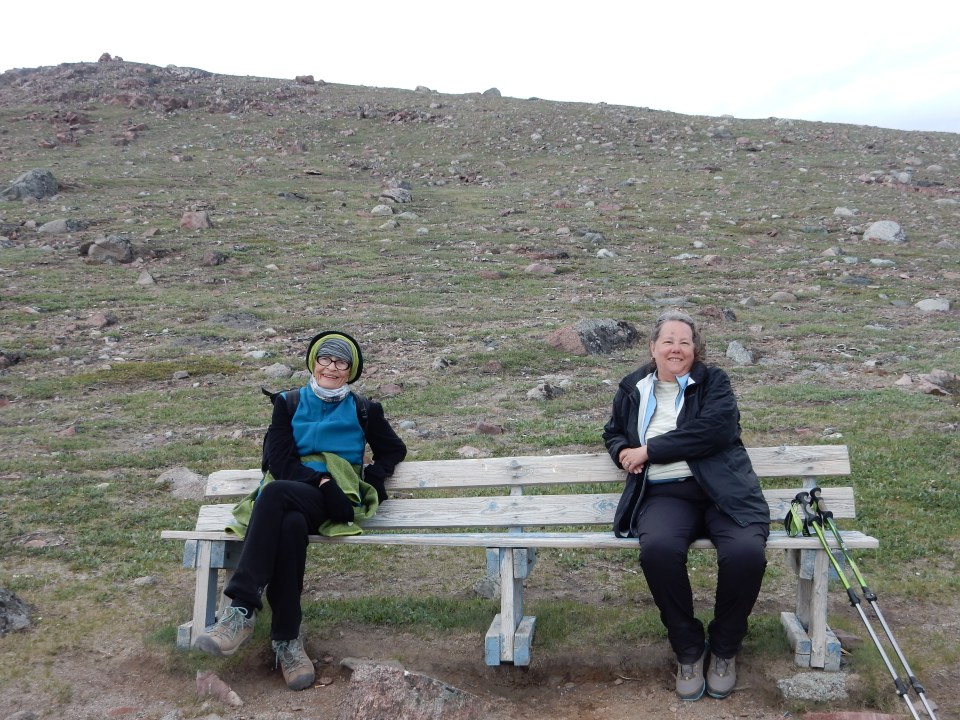 ← Kayaking Among the GREENLANDIC Icebergs…Really?
The Way from NESET CAMPING to STAVANGER, NORWAY →