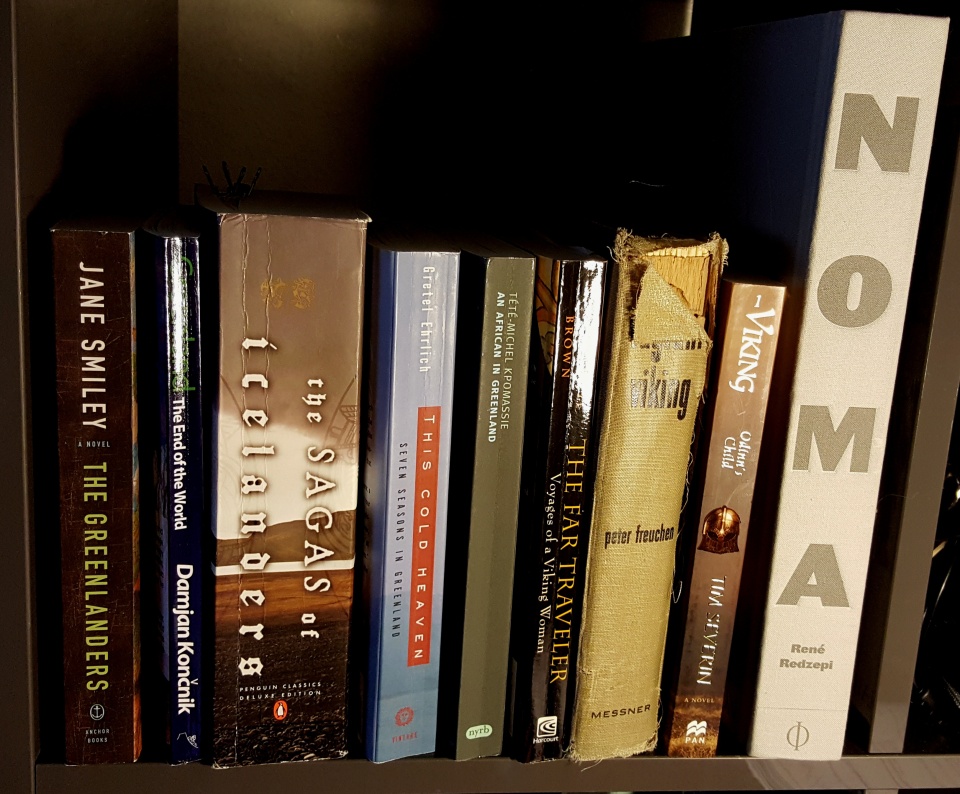 “Broad, wholesome, charitable views of men and things cannot be acquired by vegetating in one little corner of the earth all of one’s lifetime.” – Mark Twain

Those quotes pretty much describe my state of mind today which might best be labeled as confused and melancholy—even though in just one week I’m off for a month of travel. The Brexit vote pretty much confirmed that focusing on one’s own patch of earth, big or small; UK or US, doesn’t create ‘broad, wholesome, charitable views of men and things’ —rather it breeds xenophobia. The second quote just reflects what happens next.

Greenland. Two more books to share in some small detail and three honorable mentions.  The book, Greenland: The End of the World by Damjan Koncnik and a few pages of NOMA: Time and Place in Nordic Cuisine by Rene Redzepi were especially welcome as they’re actually talking about southern Greenland where we will be. The books already reviewed were, for the most part, set in the rugged(er) north so while they made for inspiring adventure reading they didn’t have a lot to do with our trekking the south in the summer. Wrapping up my literary travels for this trip—first those honorable mentions—I’ve read the The Saga of the Greenlanders; started Jane Smiley’s The Greenlanders; purchased Viking: Odinn’s Child; and practically memorized Nancy Marie Brown’s The Far Traveler: Voyages of a Viking Woman. The latter is a brilliant  and seriously researched tale of Gudrid, a real live Viking woman who basically wandered the world, starting in Norway, living long periods of time in Iceland and Greenland, spending a briefer time in Newfoundland before, near the end of her life, making a pilgrimage that may have taken her to Rome. She most certainly is my hero. I very much want to be Marjorie the Far Traveler.

Damjan Konchik, a wandering Slovenian, was, in some ways, the best guide to the Greenland we will experience on this trip. I’ve decided not to go into details because then whatever would I blog about during and after the trip. Suffice it to say there are glaciers (in the distance), ice bergs and fiords nearby, long stretches of flower-filled fields across which to trek, erratic weather and various raw meats upon which to feast. Greenland: The End of the World isn’t particularly lyrical or adventure of the dangerous kind, but it’s well-written and pertinent to the present.

Finally then. Rene Redzepi is the Danish chef who founded Noma, voted best restaurant in the world for several years. Noma is famous as the flagship of Nordic cuisine, focusing on the natural products of the north and very pricey—meals between $250 and $500 last time I checked—a long ways out of our price range. A few years ago Redzepi took an exploratory trip to Iceland, the Faroes and Greenland to investigate possibilities for his menues. The results are a nice small read at the beginning of a lush and luscious book of photos and recipes—NOMA: Time and Place in Nordic Cuisine.

Redzepi and his travel mates flew from Iceland into Narsarsuaq which is also where we will land. There’s a boat trip; and views: From our window we have a view of great fragments of ice floes that float lazily in the clear blue sea. Small, soft, flower-covered hills everywhere. They base themselves at a Greenland’s only cookery school and start sampling. Redzepi’s description of some to the herbs and berries is a journey in and of itself:  A fantastically sweet flower that grows on the moors, very tasty …Skotsk timian…more powerful and tart than the thyme we know…wild kvan has an almost violent flavour….

The food investigation continues for a few days and ends with the finest meal on board a boat one could imagine: Greenlandic lamb, fried reindeer, smoked whale, fried puffin, smoked halibut and salmon terrine, musk sausage and raw prawns. Everything was delicious, especially the raw prawns. Sweet and very tasty, with the consistency of soft butter. (pp 31-36)

Now that I’m rereading this post, this foodie moment seems like an odd way to end my book reviews but pleasantly peaceful as well. Flowers and herbs and berries and smoked creatures from the sea.

Back to reality and soon Fareed Zakaria’s take on this month that was. It’s been two weeks since the Orlando Massacre and not one single Republican has raised their voice for gun control. We’re actually a pretty pathetic country at the moment; I’m ashamed to say I’m an American as I travel. Not that many other countries could be considered beacons of moral light in the world either. So I go forth as a pretend-Canadian—claiming a country that actually might qualify as a beacon of rationality for this moment at least.

“(Media question to Beatles during first U.S. tour 1964)
“How do you find America?”
“Turn left at Greenland.”
― Ringo Starr 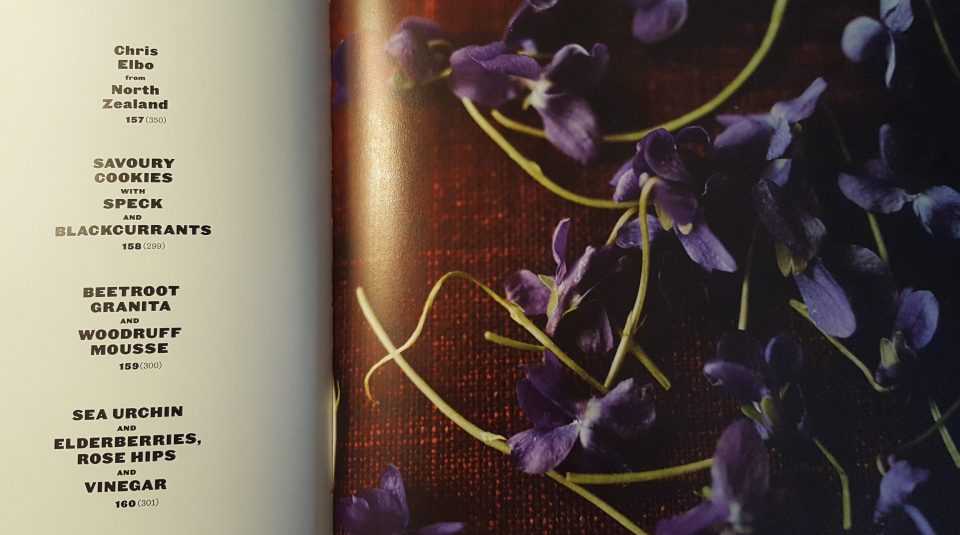 ← Greenland: A Boys’ VERY Long Night Out
Mentally I’m on My Way to Greenland →