Reading My Way to Greenland (ALBUQUERQUE) 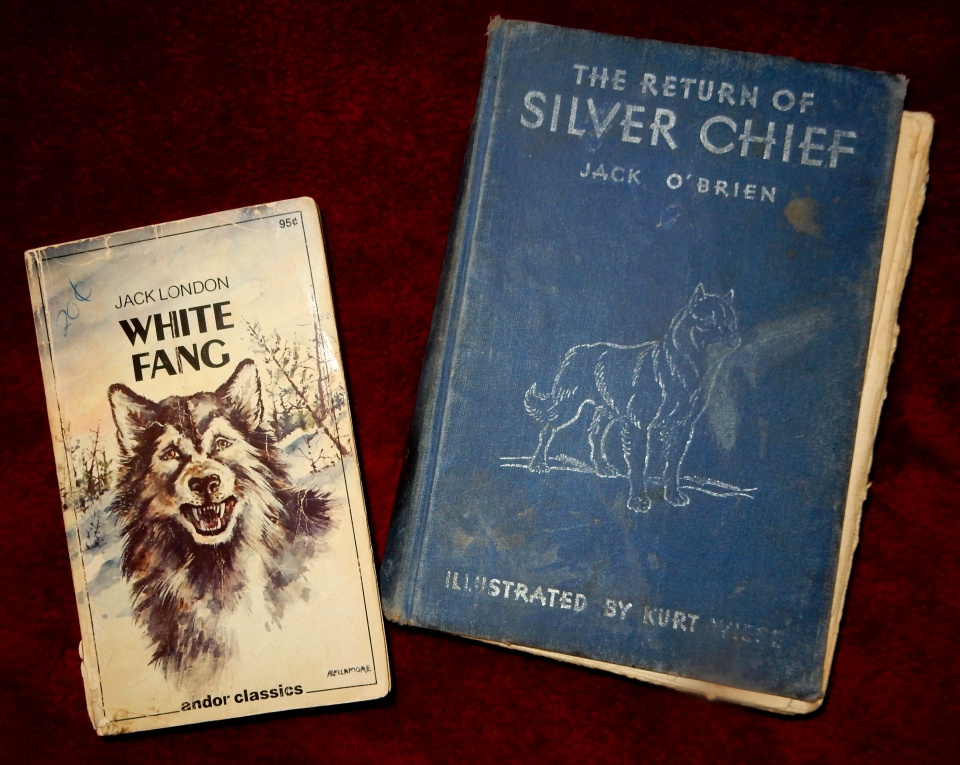 It’s four weeks and three days until granddaughter Teresa and I leave Albuquerque for Copenhagen and, three days later, Narsarsuaq, Greenland.  There are many painfully mundane (paying) and some moderately-thrilling (trips to REI) tasks to complete—one of which is to record it all for posterity…and this blog.

You know from the last post how this idea of going to Greenland came into being. I’m afraid I may not have been completely accurate; it’s possible that the Neset brain-glacier had long-ago started receiving messages from the Arctic north via a whole series of books, the first among them being my childhood favorites of Silver Chief Dog of the North and the Jack London books: White Fang and Call of the Wild. As a kid I was partial to books about horses and dogs. Obsessed with them is even closer to the truth and I endlessly begged for trips to the library, or that rarely afforded ‘boughten’ book. Once the latter were firmly in my possession I tended to never let them go—many are on my bookshelves right this very moment.

As I remember the dogs had more adventures than the horses, especially those dogs in the Yukon. Naturally I would gravitate to them since I was living only a few miles from the Canadian border, usually with a big shepherd dog named Shep or Laddie or Buster underfoot. What better bedtime reading than stories about the brave Sheps living in the even colder and wilder north with their loyal Mounties, trekking and sledding through snow and ice to save the good guys. Even better, I just discovered that Jack O’Brien, author of the Silver Chief books was from Duluth, Minnesota, just a town or two over from where I grew up; he was said to be a ‘reckless and adventurous’ Irishman which is what may have led him to join Admiral Richard Byrd on his first Antarctica expedition in 1928. While his experience was in Antarctica his books were all Arctic-based including those treasured Silver Chief books, Valiant: Dog of the Timberline, and others. (Forgotten Duluthian Jack O’Brien)

Here’s me back then—as the Northlands edged ever closer to becoming a permanent glacial niche in my brain:

I’m ten-years-old; it’s January and 45°below in Koochiching County, Minnesota; I’ve convinced my mother my stomach hurts so I can stay home from school (it doesn’t really but school’s boring and I’d rather be right here reading). I am cozy under heavy quilts with real wool inside the colorful squares, bright yarn holding all that gingham and denim and taffeta and flannel in place, and the smell of mom’s  fresh cinnamon rolls wafting into my room; I am reading about Silver Chief, part-wolf, part-husky “…the best dog in the Northwest.” I am happy.

Time passes, I work and study and marry and have children and divorce and work and study some more. And I see icy Greenland from far above and I don’t forget it exactly, after all it has lodged in the travel section of my brain—in that glacier, but life goes on too busily to pay very much attention.

But then little things start happening. They will eventually all add up to now, July 2016 in Greenland. For example my very first volume (and the beginning of an addiction) of Nordic Noir—Smilla’s Sense of Snow.

Now picture me at a new and different time. It’s the 1990s and I’m living in San Diego, working a couple of jobs and in graduate school.

I am not ten-years-old; it’s August and a perfect 86° degrees outside; I’ve convinced myself my stomach hurts so I can skip a class I loathe (turns out social work is not really my bailiwick) and my night shift gig at a halfway house for guys transitioning out of the pen; it’s just me and my book for some precious hours. I’m in love with Smilla and her sense of snow and her Greenlandic origins and her attempts to resolve the origins of a dark and dastardly deed.

And that ‘sense of [Greenlandic] snow’ was nudging a previous promise out of its deep sleep. In the end, it’s always the books that take you places. One way or the other.

Silver Chief Dog of the North by Jack O Brien

← Anatomy of the Greenland Trip (ALBUQUERQUE)
Greenland and “This Cold Heaven” →

2 Comments on “Reading My Way to Greenland (ALBUQUERQUE)”