Stories and Spies and ALBUQUERQUE Weekends 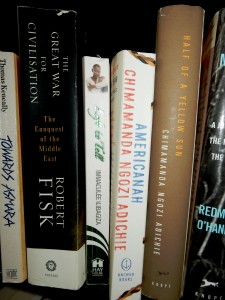 Sometimes the trip coming up just scares me. Not places or people or missed connections or expense or cold or heat. It is all about me and my vulnerabilities.

This blog, as you already know is called Time & Place for several reasons. Among them my love for history and geography but also, increasingly, my forced fascination with aging, the latter inspiring my travel trepidation. It’s that I’m not young and immortal that worries me, worries all of us, doesn’t it?  Especially if we’re far from home. So for the next three weeks I will be anxious.’What ifs’ pop up at all moments of the day and night. Always about my strength and stamina. That big trip back in 1989, the ‘almost around the world’ trip. I was never frightened. No credit cards or Surface or smart phone…just a younger body and a less-cynical mind. Fearless.

I really want to write though about what I’m doing to quell these fear-of-travel moments. Immersing myself in stories of course. In Books. Although these days streaming stories on Netflix or Amazon can be pretty satisfying as well.

I’ve always done this. Read to escape. Always. Practically from babyhood. Whatever the circumstance that made life less than satisfactory. A little crowded house, enforced cold-winter hibernation, dislike of a teacher, my best friend being mean to me,  feeling fat/ugly/dumb/unpopular, boyfriends proving disappointing, never enough money, jobs that sucked, houses that needed cleaning. Life’s occasional downers. But. Hey. You. Marjorie. You’re okay. Read stories. Watch stories. Tell stories. Take one story in the morning, one in the evening; you’ll feel better in no time at all.

So. Just in case you’re having a bad day, weekend, month or life, here are some recommendations to make it all better. Read Half of a Yellow Sun by Chimamanda Ngozi Adichie. I have had the book for a few years and never gotten around to it. Then on a trip last fall I picked up her newer Americanah. This woman is simply one of the most brilliant storytellers around. Half of a Yellow Sun is the story of Biafran war and Americanah, the tale of a woman between, and of, two worlds, Nigeria and the U.S. Adichie is one of those writers that tells her stories so vividly you forget to notice what a really fine wordsmith she is. And then you reread paragraphs and pages to marvel at how she brought you right along to Biafra or New Jersey with her. 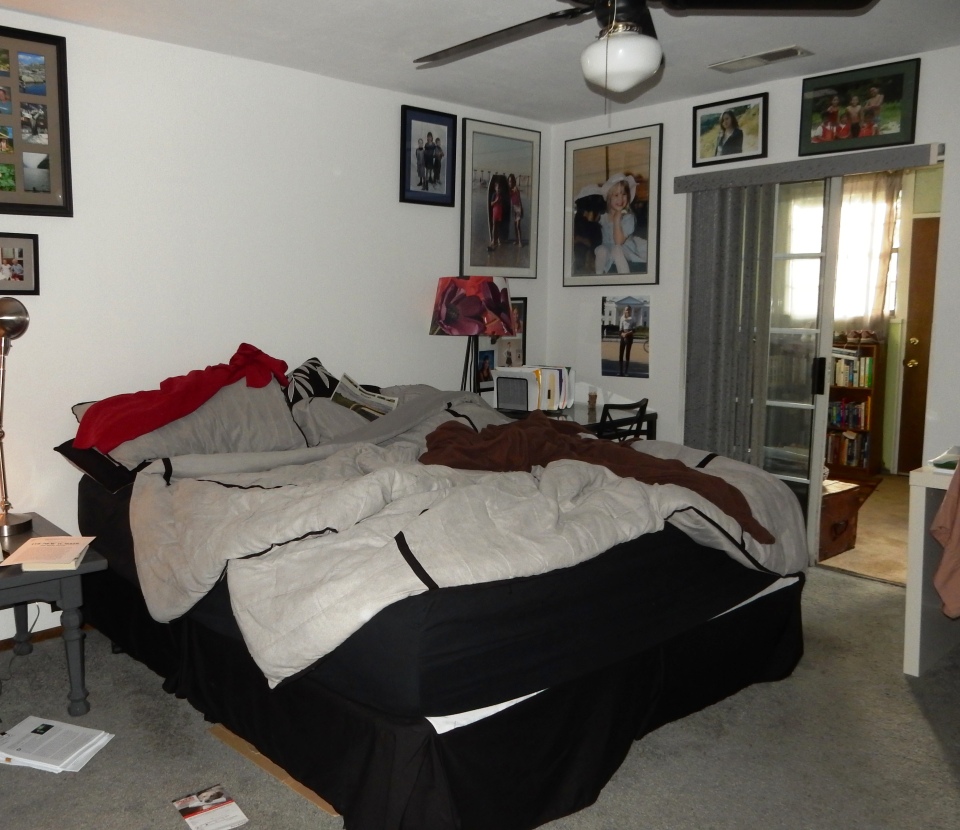 BEST SUNDAY MORNING PLACE TO BE.

Books are the best we agree—many of us. However, having just spent 13 hours over the past two weekends watching The Americans thanks to Amazon Prime, I’m willing to acknowledge that stories made for our multiple screens, especially as made available in big clumps of time by Netflix and Amazon are pretty damn wonderful as well. Now we can watch just as we read. For a chapter or for hours on end. A whole day, a whole night if we so choose.

I’ve been talking about stories/reading as an anti-anxiety drug for those stressful or sad times. And surely my last two weekends, which included six or seven hours of finishing up Season Three of Orange is the New Black in addition to gorging on The Americans, included a big component of not thinking about everything I should do before leaving for the world or what might happen out there.

Still, it’s really all about the stories, not what I use them for… Tough funny women telling it like it is in OITNB. And then Reagan-era spies in The Americans which is one of those great discoveries that come along now and then. And, in a way, at just the right moment. Preparation for RUSSIA. I must admit to being most psyched by going to Russia for the first time ever. The Russia of Catherine the Great, Quietly Flows the Don and Doctor Zhivago (which may be the only Russian novels I’ve read—although I’m thinking I must have read Crime and Punishment—but I’d remember that wouldn’t I?). The Russia of grand noblemen and suffering serfs and scary communism and borscht and gulags and the Trans-Siberian Express (with me on it). The Russia of spies and spies and more spies. The Americans is all about the latter. American and Russian spies during the Reagan era. Bloody and sexy and terrifying and perhaps with quite a lot of truths all around the edges at least. And there are no pure good or bad guys on either side. That’s one of the main things that makes the series so very fine. Maybe there is not quite the level of cool sophistication and terrifying tension as House of Cards but I rather like that it’s a bit more sweaty and graphic. Best of all I have two seasons to go when I return in September.

Sundays are lovely. Story times. The Sunday NYT, chock full of stories of the world and weddings and art. PBS in the evenings with contemporary dramas like The Last Tango in Halifax and all of those brilliant British Masterpieces and detectives and nurse/midwife adventures—only 5 ½ months until Downton Abbey returns—sadly for the last time.

It is nearly noon, chilly in my apartment from the cool rainy New Mexican weather. Yes, that’s what I said. What an unusual and lovely summer so far. I wish I went out more but the only place nearby that I really love is the Bosque and I really only love it in the early morning. The problem with that is if one spends much of the night with stories, it’s hard to leap bright and bushy-tailed into life right at dawn. Now I’m going to have a watered-down Australian red with my lunch of egg salad, egg-salad and more eggsalad and select the Russian literature I want to download to Nook for the upcoming journey. I’ll read while I eat to make my awful lunch palatable. Let’s see how that works.

← Around the World Before? Not? (ALBUQUERQUE)
Pretty ALBUQUERQUE Bosque Pictures →