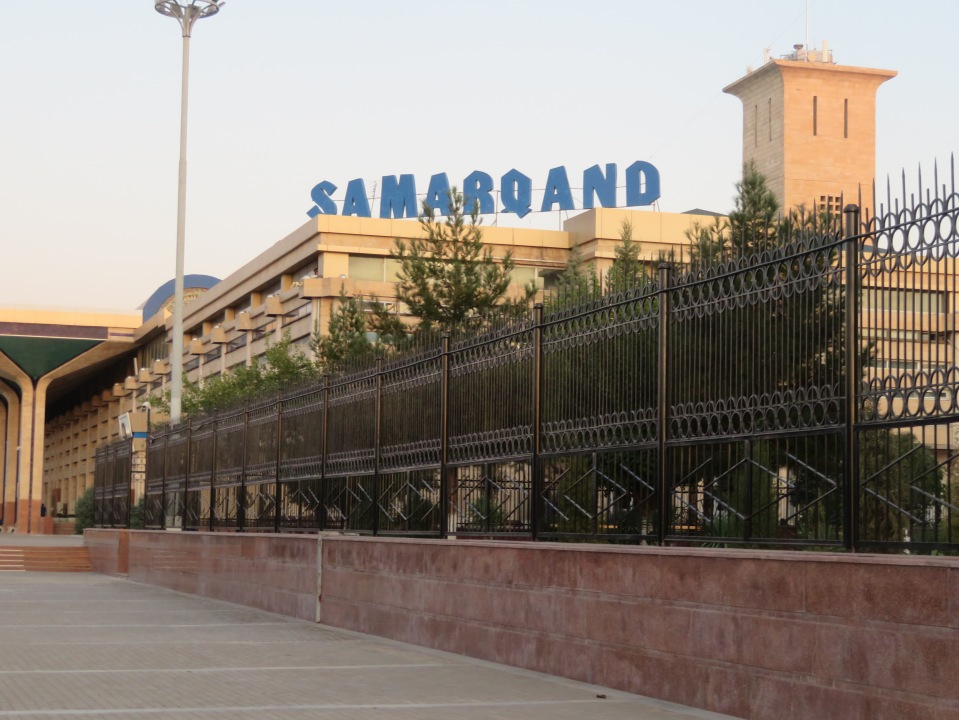 How is it I almost forgot to post a photo album from Samarkand, that most exotic of Silk Road cities? It says something to me about where my head has been this entire year…it is hard to pay attention to the world when one is creating a new identity for oneself. I’ve been trying to describe what’s happening to me but lack the verbal skills—perhaps it’s the crossing of a Rubicon that puts one finally irrevocably in that dread category of ‘old,’ let me change that to ‘elder’? Such a different vibe.

Here’s a quote by Glenda Jackson to help me explain such intense naval-gazing (also known as omphaloskepsis I just found out) that I almost forgot to mention Samarkand. I can’t actually see myself putting make-up on my face at the age of sixty, but I can see myself going on a camel train to Samarkand. You see, I have, for a long time, ignored the siren song of cosmetic youthfulness… however I’ve clung passionately to the idea that I can and will take a ‘camel train to Samarkand’ or ride a Mongolian pony across the steppe or cross the sea on a steamer or climb a grand mountain. What if I won’t? Who am I if there are no more adventures?

This year, while physically I’m much the same as I was last year or the year before, mentally I’m struggling…finding it difficult to cling to the probability of adventures in the future. What future my evil twin asks? I respond…did Ruth Bader Ginsberg know several years ago (when she was the age I am now) that she still had to save the world? Of course not…so okay…I have a future…maybe…maybe not…gloom re-descends. So who in the hell am I? Meanwhile in Samarkand…

We travel not for trafficking alone:

By hotter winds our fiery hearts are fanned:

For lust of knowing what should not be known

We make the Golden Journey to Samarkand. 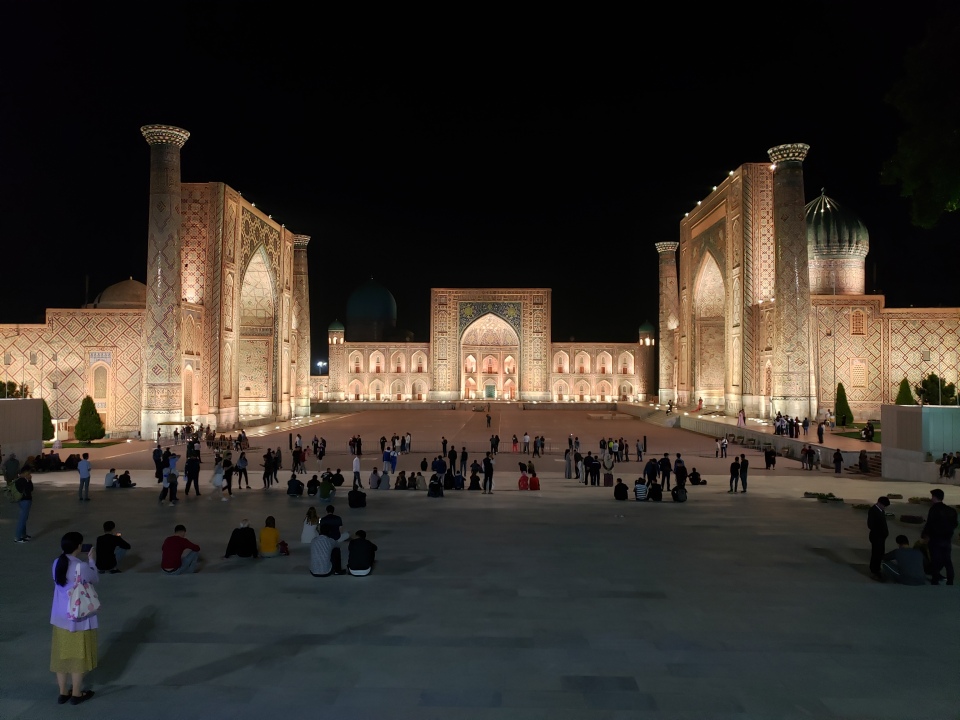 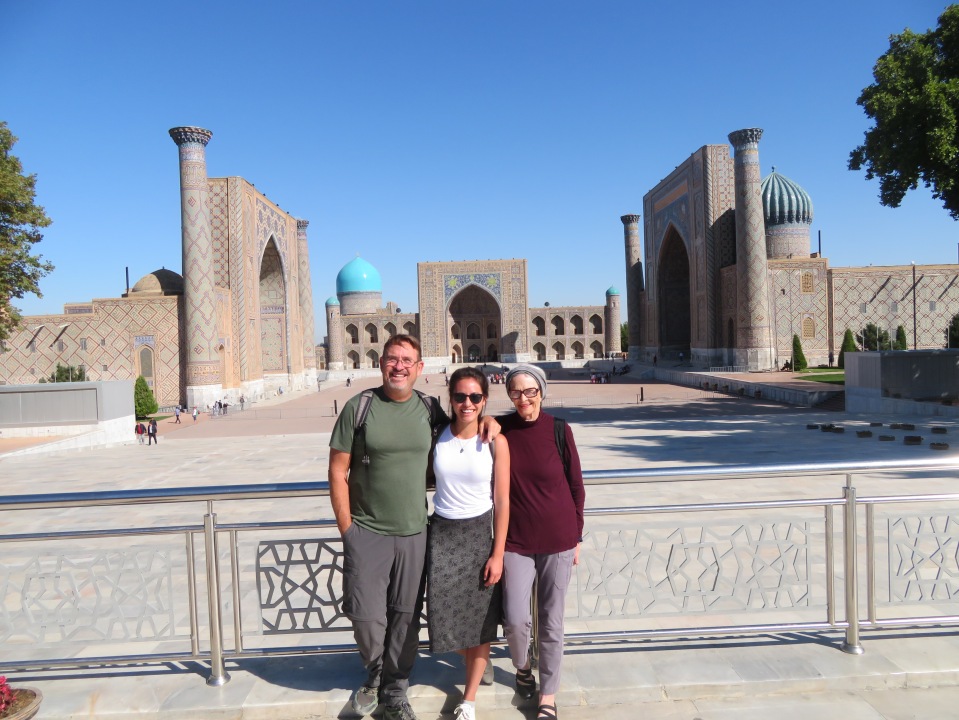 No reason at all for extensive background information about the times and glories of Samarkand. You can google more than you ever wanted to know or read one of a few thousand books on the subject. I’m here to share a few photos of the grandeur of the past (in buildings original and structures replicated) and the pleasure of being with my charming ‘young’ travel companions. And to express photographically my pleasure in the very fact of visiting Samarkand even sans camel train. Here’s a quote I like very much about how each of us in our time and place view the mysteries of the world and how we never cease longing to ‘go there’ and see for ourselves.

Every age has its dreams, its symbols of romance. Past generations were moved by the graceful power of the great windjammers, by the distant whistle of locomotives pounding through the night, by the caravans leaving on the Golden Road to Samarkand, by quinqueremes of Nineveh from distant Ophir…Our grandchildren will likewise have their inspiration-among the equatorial stars. They will be able to look up at the night sky and watch the stately procession of the Ports of Earth-the strange new harbors where the ships of space make their planetfalls and their departures. (Arthur C. Clarke) 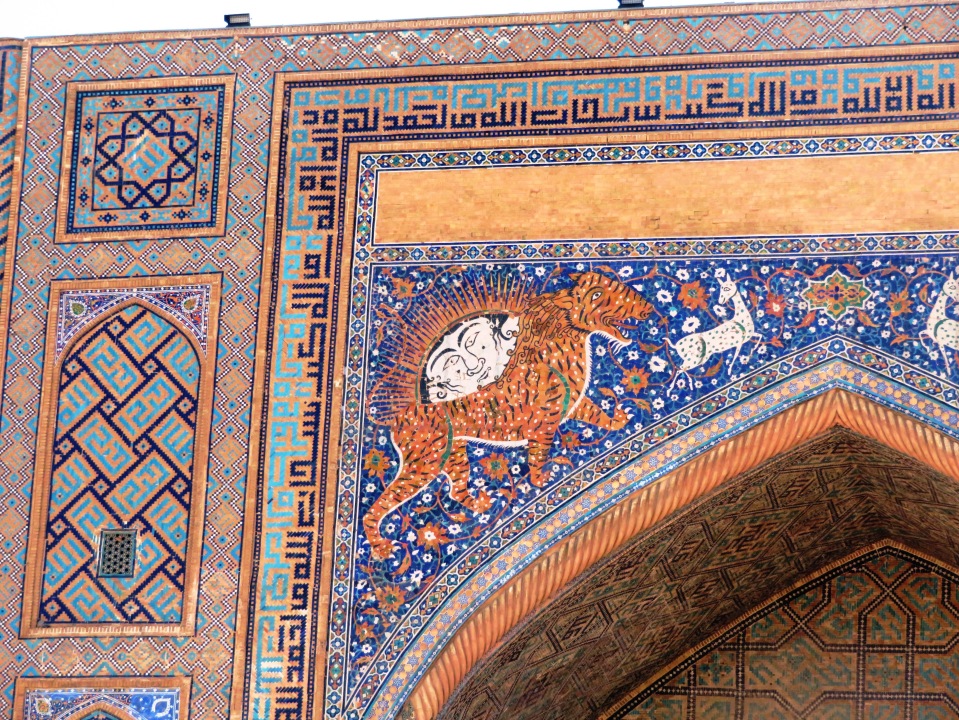 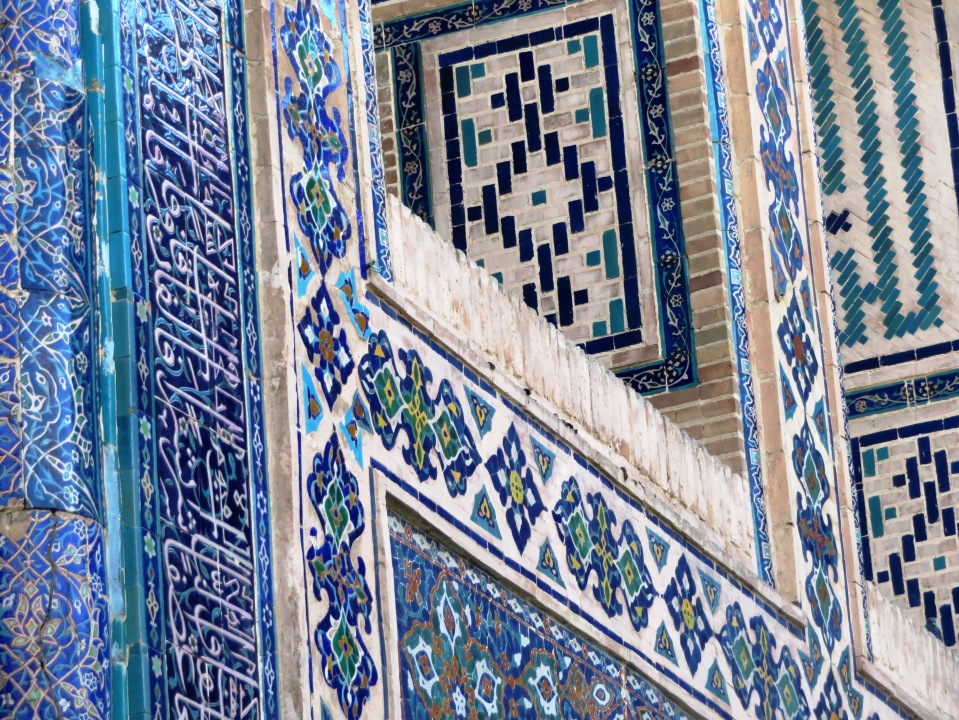 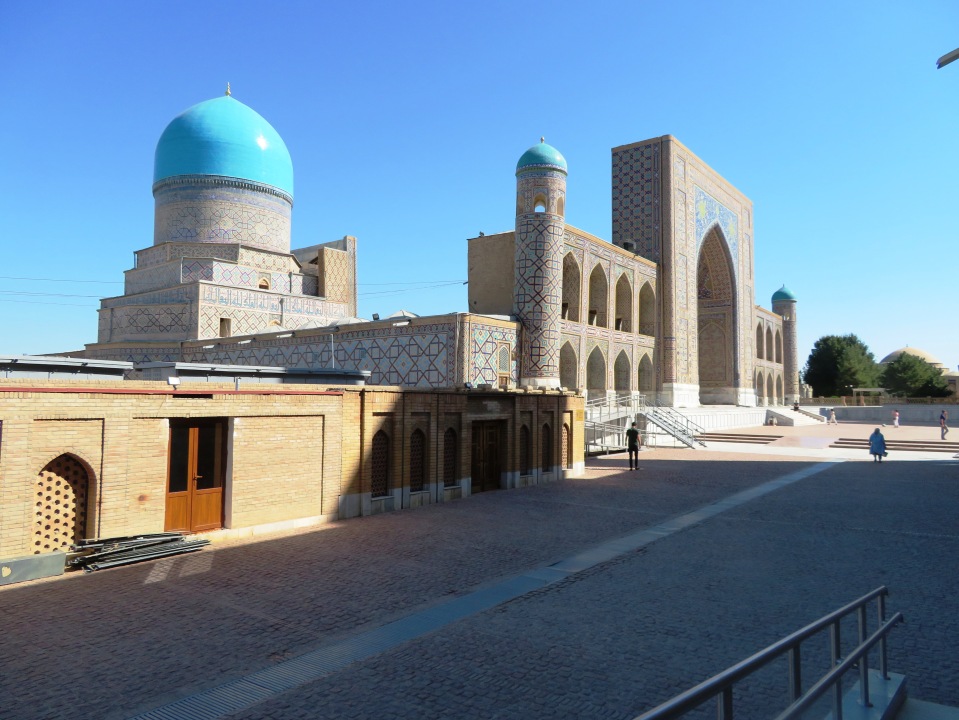 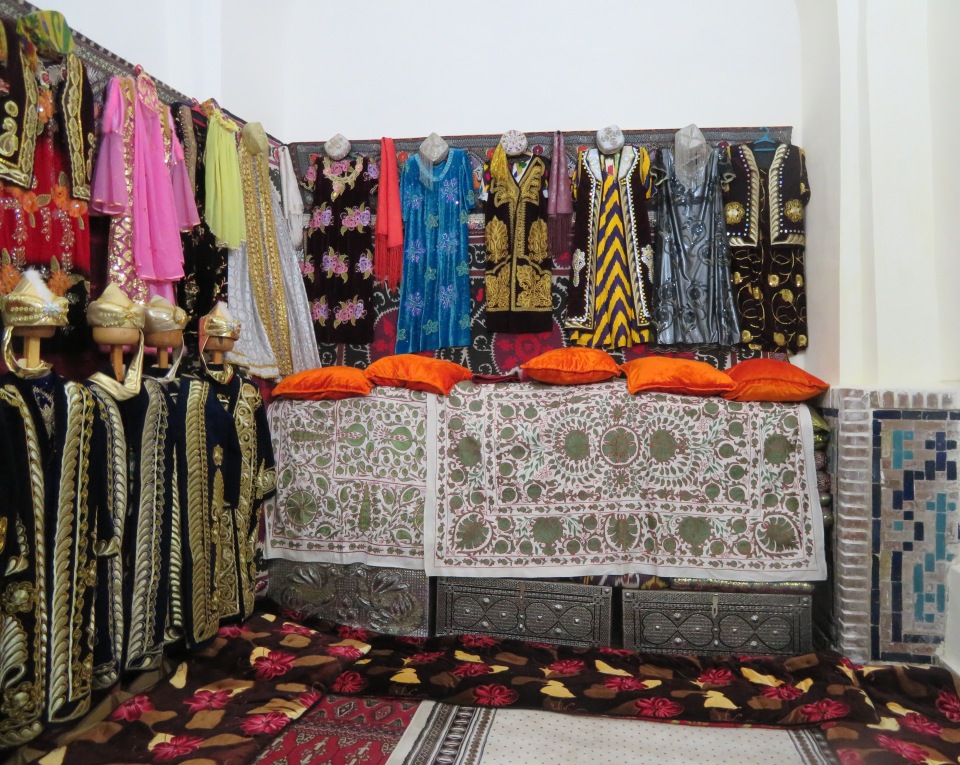 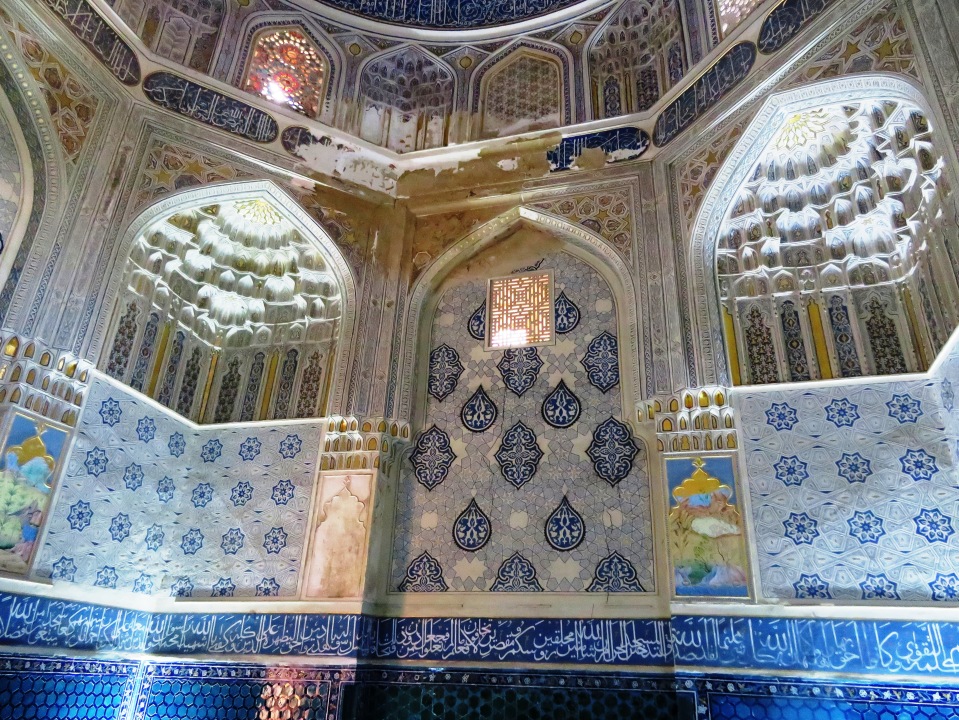 ← BACK TO BUKHARA
I LOVE TAJIKISTAN →