THE NESETS OF NORWAY AND MINNESOTA 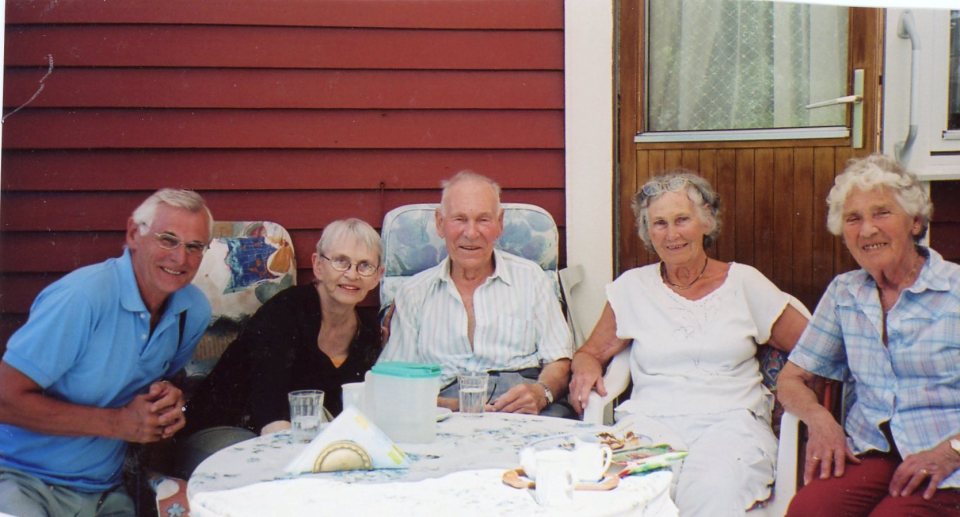 According to cousin, Arne Neset, of Stavanger, Norway, Neset history begins in the late 17th century when one of our ancestors, Knut J. Haugen, appears to have bought the farm Haugen from the bailiff Christian Mouritzen Torup in Grendi around 1695. Thanks to Arne’s fairly extensive research here’s what we know. First a ‘begat’ paragraph to bring the family up to the 1860s. For five generations, the family name was Haugen. Knut J. Haugen married Jorunn Guttormsdotter Vassend; their son Gunnar K. Haugen was born in 1705. Gunnar married Birgit A. Greibrokk and a son Knut G. Haugen was born in 1727. Knut married Asgjerd A. Lande and their son Gunnar Knutson Haugen was born in 1753. Knut drowned at Kvarstein, just north of Kristiansand, after a trip to town when they tried to cross the river Otra. The boat capsized and Knut didn’t make it to shore. Thanks to Arne there are some historical incidents included that help bring the family to life for us. To continue on the path to the Neset name, we’ll pick up with Gunnar Knutson Haugen who married Asgjerd Jonsdotter Lauvdal, resulting in a son Knut Gunnarson Haugen, born in 1778. This Knut married Torunn Sveinungsdotter Asen and one of the children born to the union was Sven Knutson Haugen, Arne’s and my great grandfather.

Sven Knutson Haugen was born about 1825, seventeen years after his brother Gunnar, who was the inheritor of the Haugen family farm. According to Arne’s research and knowledge of the family and of Norwegian customs and laws, Sven probably received his share of the inheritance when his father died in 1847. He was 22 years old at the time and probably working as a farm hand at Haugen. He must have spent his share of the inheritance and, in order to make a living, rented land to farm. The croft he made his home was called Nesodden, situated on the north side of the farm Neset between Byglandsfiord and Grendi. This is where my story becomes personal because Neset is where my father was born and a place I’ve visited several times.

Around 1860 Sven married Gyro T. Smidjan, a beautiful young woman from the croft Smidjan in Grendi; Gyro had hair so long she could sit on it. Gyro’s sister Anlaug is the great grandmother of my new cousin and friend (from Ancestry.com), Al Yerbury.

Sven lived at Neset in great poverty because—the story goes—he had squandered his inheritance and he drank too much. Sven is said to have been a talented fiddler/violinist, who not only played fiddles but also made them. Arne says his grandfather Knut must have been born when Gyro was 27 and Sven 37 years old. My grandfather Torjus seems to have been the youngest child, born in 1876.

Later in life Sven got religion and became a very stern and severe person so it probably wasn’t a happy marriage or nice home for the children. Arne’s father told the story that when Sven’s young son Knut (Arne’s grandfather) once built himself a fiddle, like his father had done in his younger days, Sven got furious and broke his son’s fiddle. It’s easy to imagine that one of the reasons Torjus (my grandfather) became a sailor and eventually emigrated to America (without ever contacting his family again) is because of his father’s cruelty.

It’s also true that crofters’ children had almost no chance of eking out a living from the land. The croft was too small to sustain more than one family, and to find work as a farm hand was difficult and the jobs were seasonal. Since this was before the development of industries and factories in Norway the only way to survive was to emigrate to America.

The children of Sven Knutson Haugen and Gyro Torjusdotter Smidjan included Knut (1862), who married Birgit Jakobsdotter Norstebo (Arne’s grandparents); two babies, Tarann and Ingebjorg, for whom there are few records; Mari, born about 1870, who married Peder Aamodt (their son Sven Aamodt emigrated to America), Emilje  who moved to Roros, Gyro who married an editor of the local newspaper in Lillestrom, north of Olso): and Torjus, who was born around 1872 and married Asborg from nearby—although her exact birthplace has yet to be discovered by me. Torjus and Asborg lived for awhile at Neset before emigrating to Minnesota in 1910.Torjus and Asborg were my grandparents. 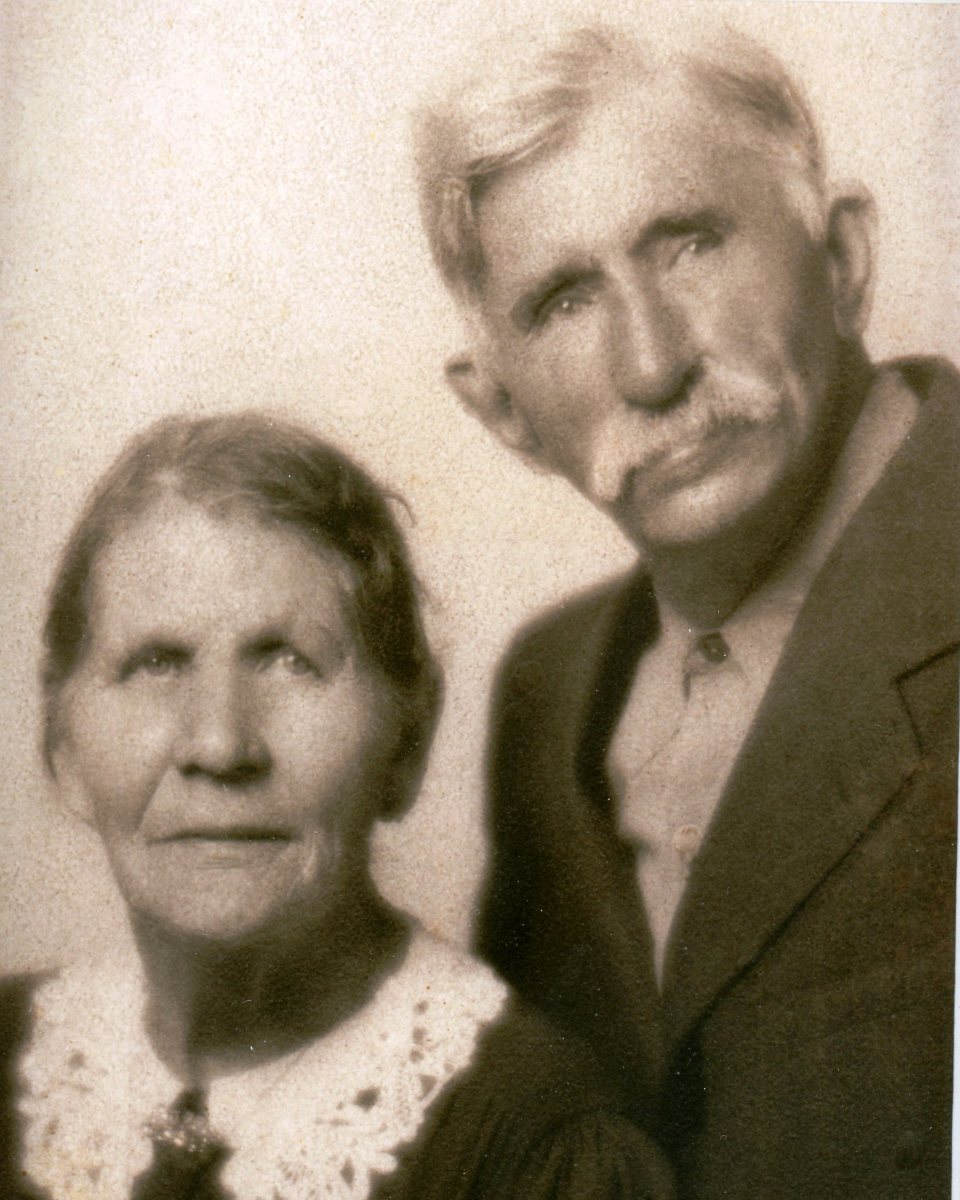 Torgus (the name was Americanized) and Asborg had six children, Sven (Swan) and his twin sister, Elin (who died in the US); Ilif (Ike), Gyro (Gertie), Ingeborg (nicknamed Lillibelle) who was born in the U.S. and died very young; and Helen, also born in the US.

Torgus bought 160 acres of spruce and poplar woods at the end of a long dirt road in southern Koochiching County sometime after arriving in America and divided it between Ike and Swan before he died. Torgus, Swan and Ike worked in various lumber camps but lived all of their lives up on those acres at the end of the road where I grew up. 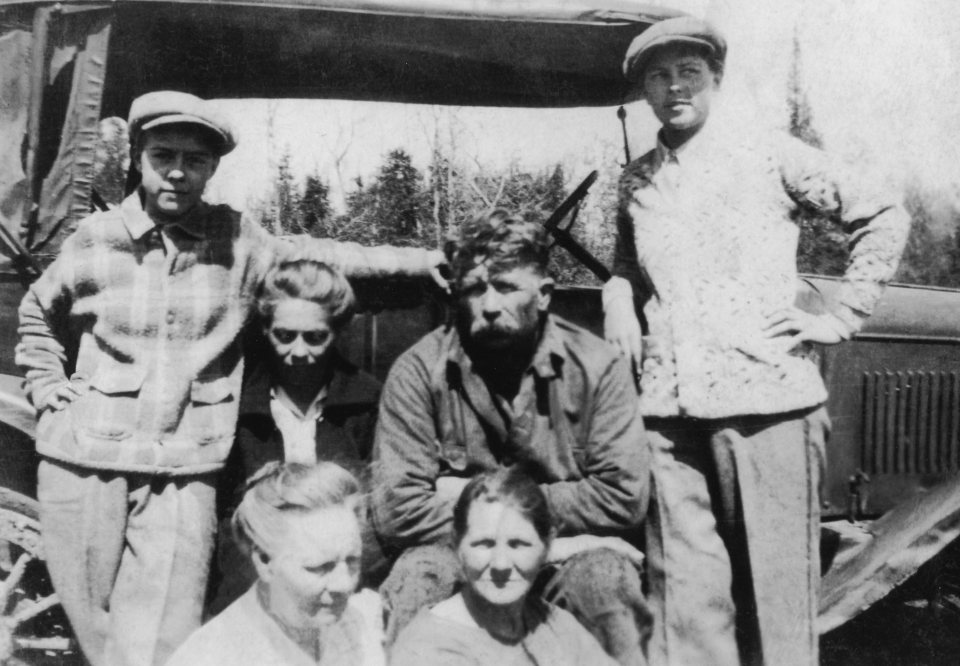 LEFT TO RIGHT: MYRTLE OLSON NEXT TO HER MOTHER MATTEA (ALSO FROM SETESDAL VALLEY), A NEIGHBOR LADY IN FRONT OF MATTEA, GRANDPA IN BACK, GRANDMA IN FRONT, DAD’S SISTER HELEN.

SVEN AND ILIF (DAD AND IKE) IN THEIR LATER YEARS.

Sven had two children, Marjorie May Neset and Robert Neil Neset, with his wife, Ovidia Mathilda Floren, from Baltic, South Dakota. Ovidia’s parents were Olaf Floren (from Trondheim) and Mathilda Strom (from Sweden—near the Norway/Sweden border. Sven and Vida were married on June 2, 1938.

Ilif married Selma Simonson; they lived on the land next to Swan’s. Gertrude married twice; with her first husband Harold Bachman, she had three children, Richard, Harold Junior and Daphane. Richard was killed in a car accident around 1951, we have lost track of Junior. Daphane has married at least twice and has three children as well. Helen married Lloyd Tack of Tenstrike, Minnesota and had two children, Dolores and Audrey. Helen lived much of her life in Northern Minnesota but they moved many times to the western US and to Alaska in search of work. Dolores married Don Lowrey, an Airman, and Audrey married Otis Hahn, a farmer, lumberman and gold miner. Dolores had three children, Debbie, Mike and Cindy and Audrey had Randy, David, Linda and Terri.

Sven’s land continues in the family. I bought it from my parents when they retired and have divided it between my sons, Scott and Steven Klotzback. 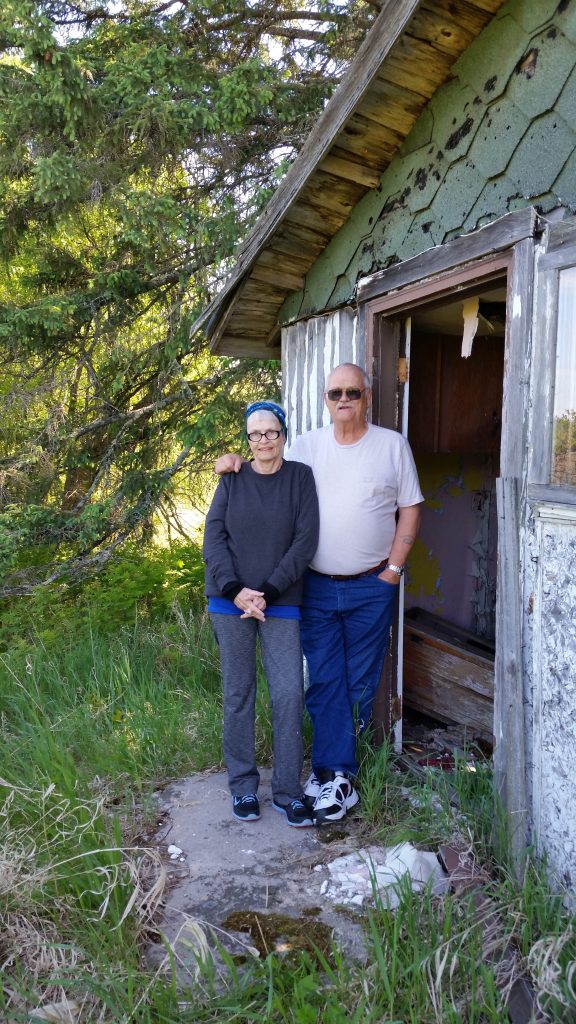 4 Comments on “THE NESETS OF NORWAY AND MINNESOTA”