About 8am here in London and we’re still in bed. Definitely unwound. Looks cloudy. I would like a misty warm soft gray day for our last walk-arounds. According to the weather reports from Albuquerque it’s all glaring sun and close to three-digit temps there. Hard to even fathom after a month in the cooler north of the world.

We are finding London to be a very welcoming, all-encompassing, softer-edged city than maybe we expected because of Brexit and rumors of that Trumpish-mood here too. And yes, I’m sure that’s around, and granted we’re only in tourist land, but after all Londoners did NOT vote to leave and after all this is one of the world’s truly cosmopolitan cities so it just feels good, feels not so angry as one might expect if we only rely on the media. Not everyone in the world is full of hostility and we can almost always wander the streets of far places in safety and friendship.

We are not really staying in the tourist, i.e. expensive, part of town so there is real life around here. And, well, this hotel/apartment thing has been okay. Not great though. No place to sit comfortably and write. Trash can is doubling as bedside table. Bathroom shower only has hot water—that’s a switch from a usual problem, yes? It does have the little terrace, true, which reeks (in a good way) of pretty floral scents, and there’s the fridge for a plentiful supply of yogurt, it’s not too far from things of historic import, has very nice bangers and mash nearby which may be our luncheon indulgence, and it is pretty inexpensive, a very important consideration during a month on the road. Time to go home to our very own beds though…I’m thinking of my king-size pillow-strewn clean-sheeted fluffy-comforter-covered bed right now. But I do like my ‘hood here way better…

But there is a day ahead, not to be wasted. Since every place I go now must be considered a place to which I may never return—because, you know, so many places so little time—each is to be treasured. Time to wake my travel buddy up…who due to the absence of those sneaky back or leg or neck pains that strike out of nowhere except age, can sleep later than me.

I’m thinking of a plan which may have her also-lazyish approval. British Museum—very nearby, bangers and mash and warm beer, a sit-and-read-in-the-park hour or so—in what seems like a read-in-the-park kind of culture, home to pack and prepare for the slog of getting from here to there.

It’s 5pm now. And we did just that. British Museum. Where one could live for several months and probably not see everything…or even make it all the way around the gift shop. African rooms are a fine mix of traditional and contemporary and ancient Egyptian is … well … impressive, awe-inspiring, and pretty damn amazing. Finally I can claim to have stood and gazed upon the Rosetta Stone. The reason I can claim that is because even though I’ve shrunk in the last years I’m still taller than most of the Japanese tourists so I Could Do The Rosetta Stone Gaze.

Of course we broke up our viewing time with an elegant lunch and talk at the Museum’s restaurant. That’s been our lovely habit this London week. Long talky winey practically-gourmet lunches and peanut butter and bananas in our room for dinner. It works well for both of us even though that schedule wouldn’t be everyone’s cup of tea—there, got to use that phrase while here in the land of cuppa-teas.

We’re about to begin packing although Teresa can’t begin until she finishes her latest book. Sometimes I think I’m the only person who gets to see her bookworm side—which of course I encourage. She’s interested in an impressively wide array of fiction and non-fiction including a growing passion for Scandinavian Noir.

9:30pm and time to wrap up packing wandering and sleeping in strange beds. London is a great city; I could live here so easily.

Transforming Arms into Tools, Mozambique Since 1995, The Christian Council of Mozambique has managed a program that offers tools (such as bicycles, sewing machines and hoes) to those who bring in their weapons — relics of the country’s former 16 year civil war — for exchange. 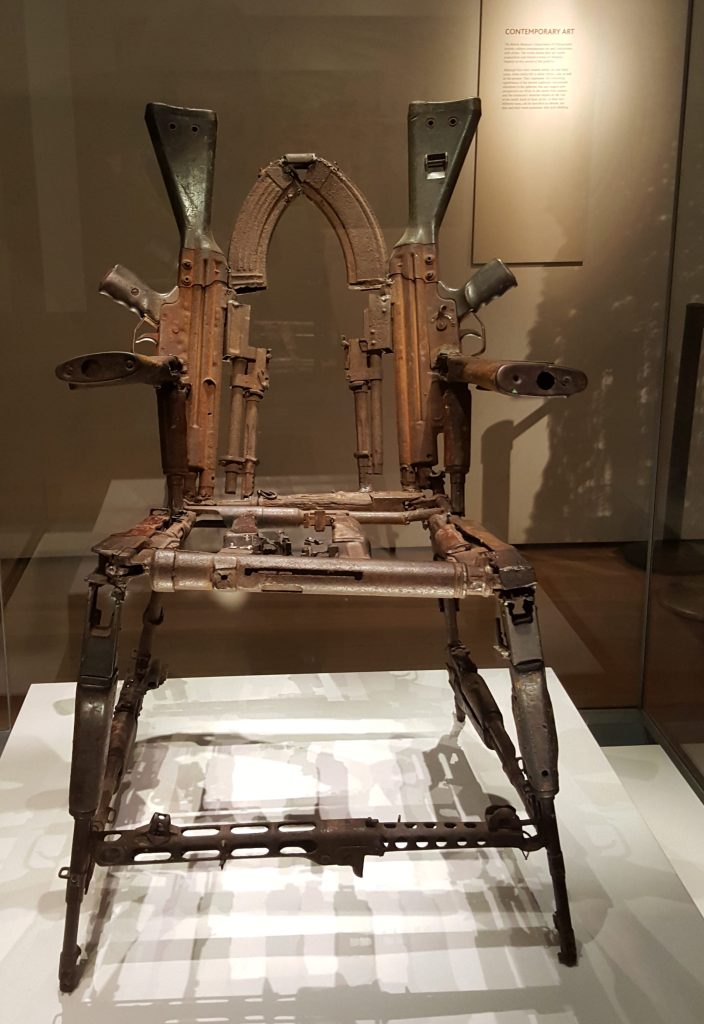 MORE FROM THE AFRICAN COLLECTION 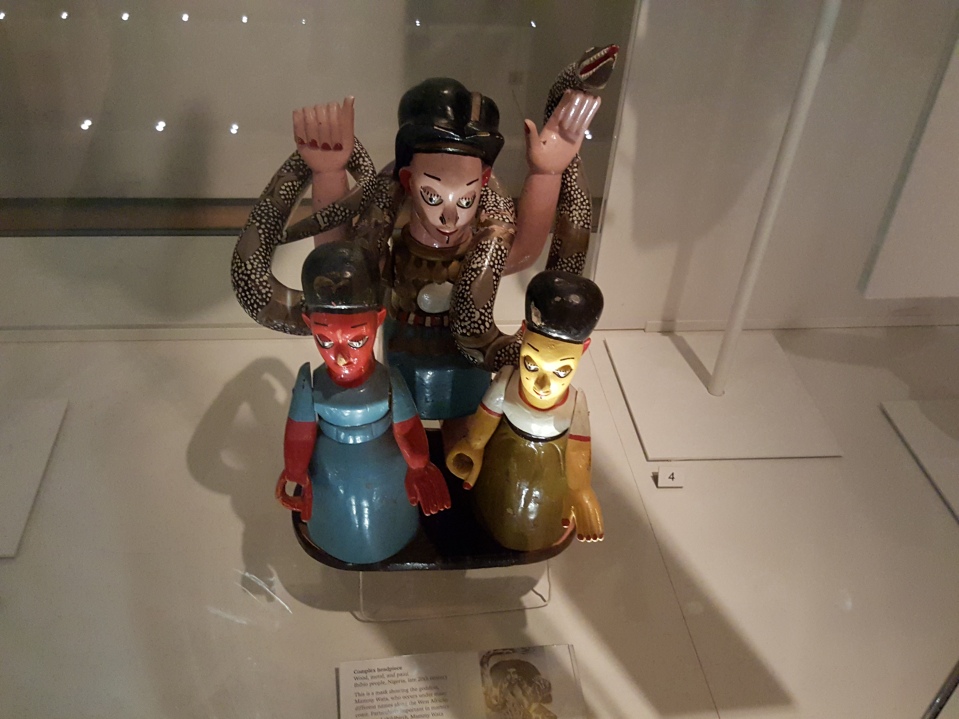 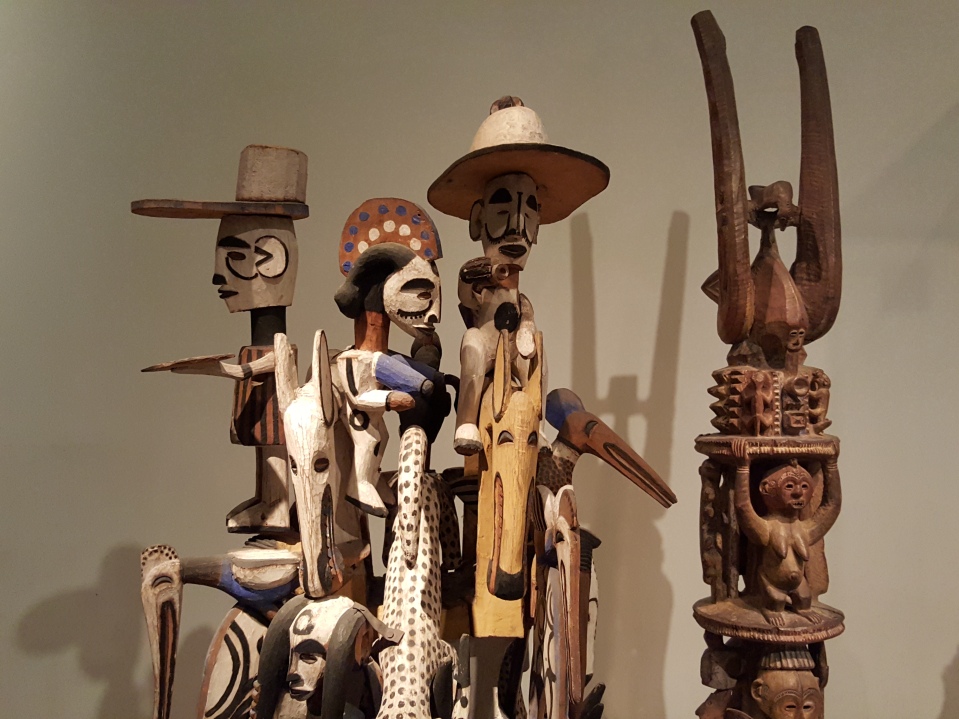 ANOTHER ONE OF OUR SPECIAL LUNCHES 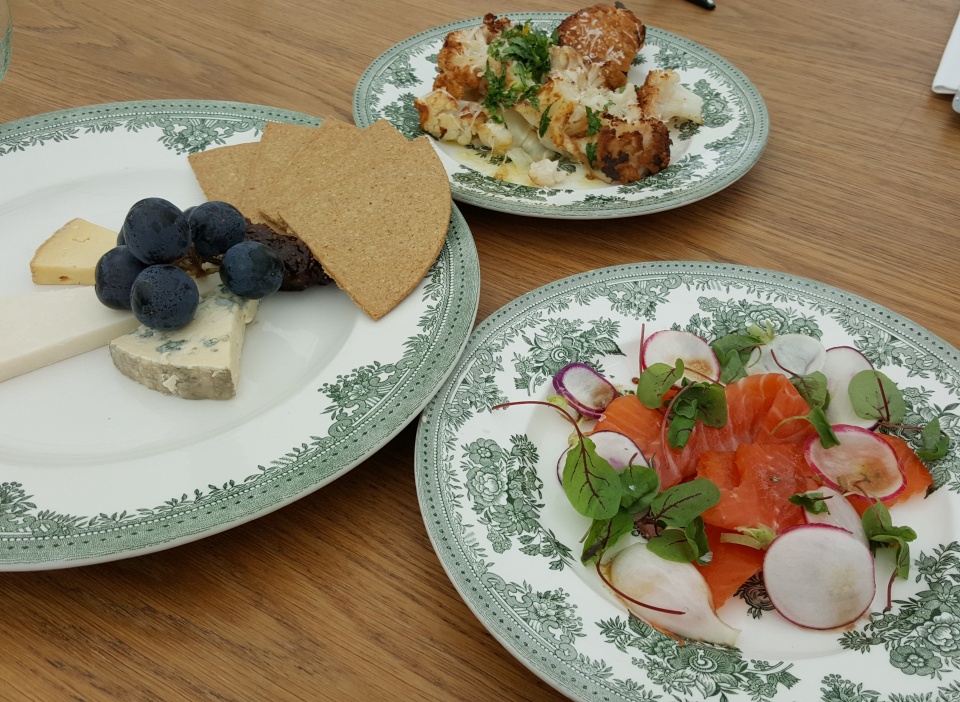 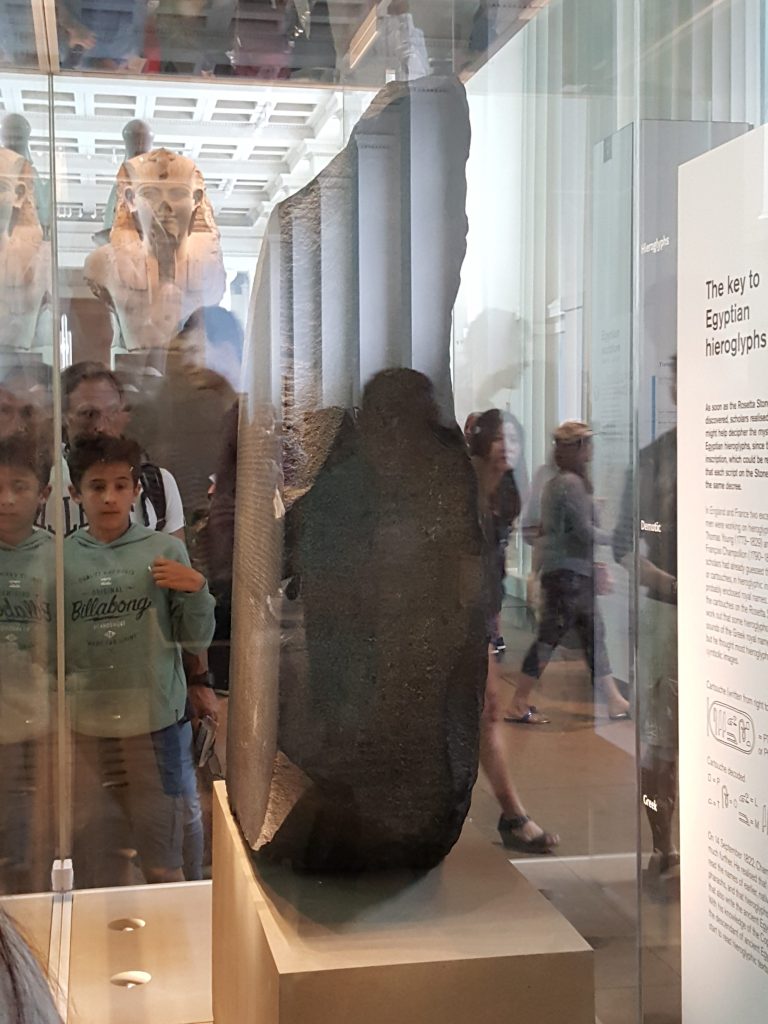 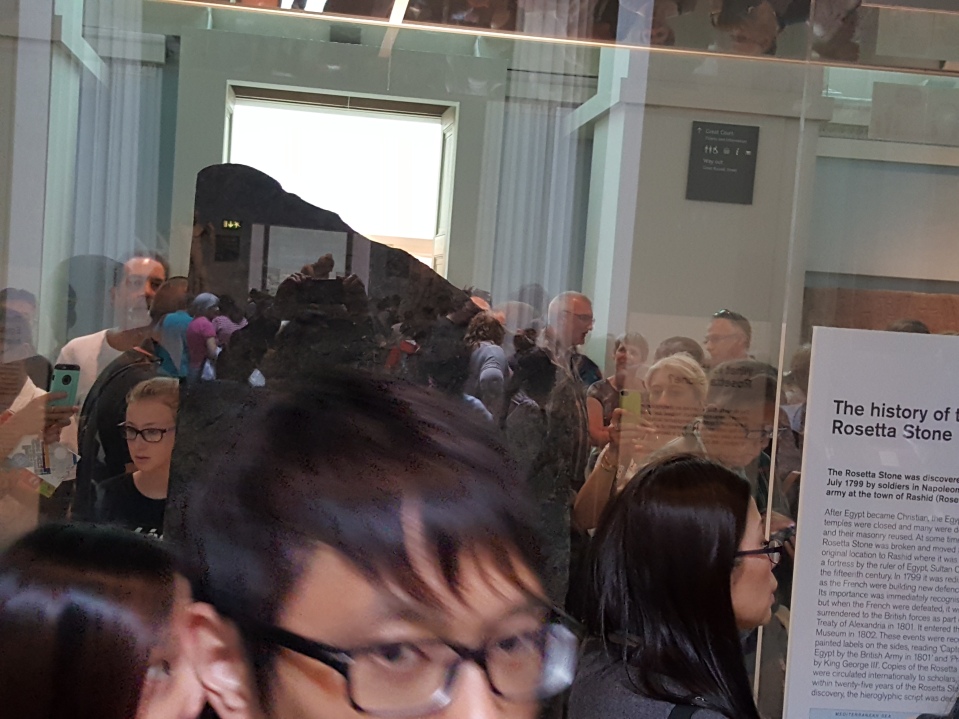 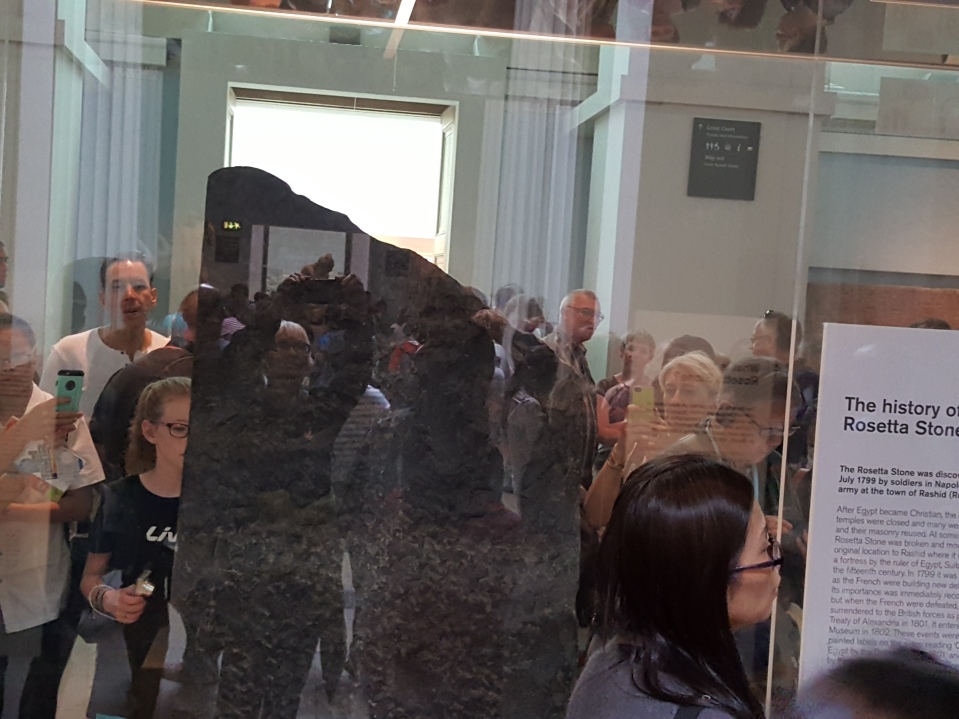 AND OTHER EGYPTIAN ART 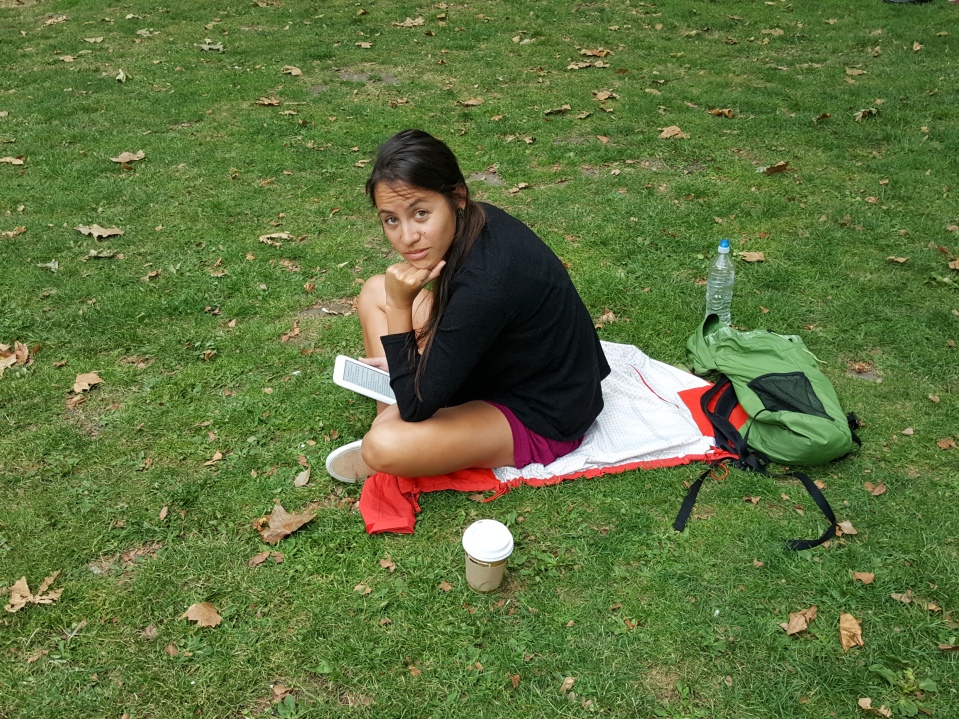 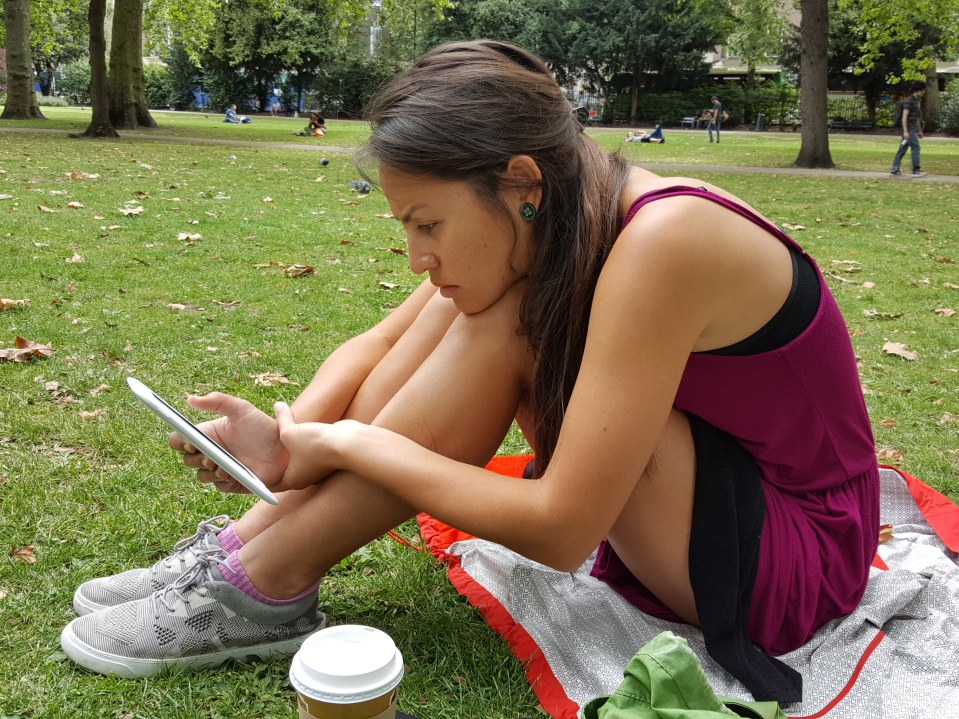 TO HOME TO PACK 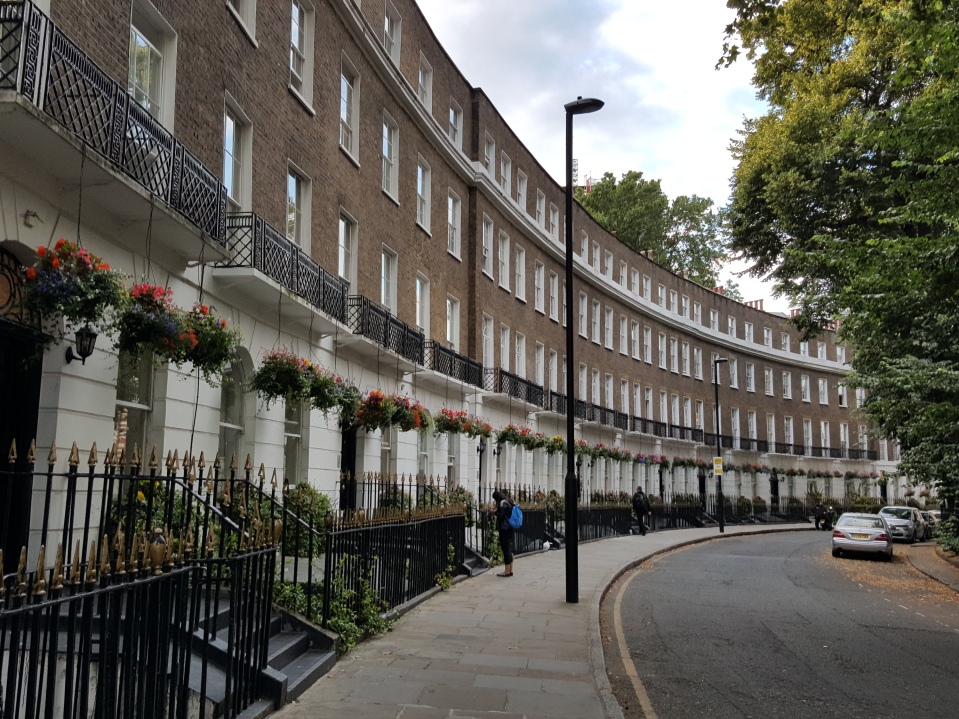 ← It’s a Beautiful Day in the Neighborhood (LONDON)
Re-entry. LONDON to ALBUQUERQUE →

One Comment on “Last Day in LONDON…A World Best City”