On the SIBERIAN TRAIN from MOSCOW to ULAN BATOR. Chapter Two

SO REMEMBER TO READ CHAPTER ONE FIRST.

CROSS ME AND YOU’LL WIND UP IN SIBERIA.

4:50 Am. Feel wonderful. Alert. Happy. Well. Slept from about 9pm—soundly. Moving with the sway, swaying with the moves, train whistle white noise since this car is far from the front. Riding the train is an apt expression; my body is learning to move with the train, like horseback riding. This Siberian train has its own gait.

It’s chilly out, crisp autumn day. Sun in fog. Goldy-gray fog, concealing the clarity of a northern summer’s end. So how should I approach cleaning myself up? I’ll do it a little at a time interspersing drinking coffee and time with you Surfy. First teeth. The tap water is not for drinking so teeth will be brushed with bottled sparkling water. I’ve experienced worse—orange soda in Mexico which turned the toothpaste into a sort of Orange Julius. Okay, this cup of coffee then the teeth.

It is rather pleasantly cozy in this tiny space. I grew up in a small house, live in a small apartment, work in a small office—some psychological preference for containment within known parameters. Until I travel. Or apparently even when I travel, maybe especially when I travel—witness me in the train.

I don’t sit or lie on the missing berth mate’s half of the space but I so neatly put a few of the things I use often over there. Super soft black ‘comfort’ jacket; black bag full of odd stuff like clean socks, Costco Nature Valley Sweet & Salty Nut granola bars; a souvenir train mug the attendant sold me for $20—which I just bought so he would like me—never know when I’ll need a favor like a hand towel perhaps; the big orange backpack mostly empty right now with only tiny hotel shampoo bottles and spare pens and a flashlight inside; and my big plastic Ziploc bag full of power sources and cords. So far my fancy REI adaptor hasn’t been fully utilized since the same format has carried throughout Europe. China will have a special requirement surely. Hate to have the every-country-in-the-world-thing go to waste.

My biggest suitcase, increasingly full of souvenirs, is under the bunk on my side and soon I’ll spread the sheet and blanket out neatly so my house will be in order. This car contains only quiet singles and couples, Europeans from places not France or Spain because I would recognize those languages instantly. German as well because I don’t like the sound of it. Could do with a scrambled egg right now. First thing in Ulan Bator, a sensible breakfast and a shower.

Okay off for a tooth brush.

How about if I try to emulate Karl Ove Knausgaard this morning by describing my washing up/coffee drinking morning spread over several pages?

This is camping out tooth-brushing. Bathroom window wide open, mid-30s out, maybe low-40s, never quite get all the toothpaste away but my tongue is so grateful for its scraping. This calls for a second cup of coffee while I ponder face-washing.

And also what to have for breakfast since I must have something non-sweet to counterbalance four bites of the waffle-cookie item. Potato chips will probably be my only choice. You see, I intended to load up on wholesome snacks prior to leaving. I ran out of time with no convenience stores in sight and besides I always waste all of the ‘good’ things I buy especially for such trips, car, train, or otherwise.  Well why not rely on the dining car for a basic meal a day for four days I say to myself and work through my Nature Valley snacks for other times. Except the dining car doesn’t have those pretty little sandwiches and yogurt and nibblies that Scandinavian trains had…but there is a page of vodka choices in the menu. The dining car doesn’t open until noon and it is many cars from here. Through the four-to-a-compartment people—the masses. Don’t go there unless you have to…I watched part of the train-disaster film from last winter and it’s like that. Oddly-put-together devil-possessed people in dirty rags…just kidding.

Wonder if I’ll know when we cross the Urals since they are very low mountains?

So my decision about my face is to wash it with sparkling water and the face washcloth and then lotion up a bit, comb hair before replacing headband and I’ll be nearly groomed. Have I mentioned this is not at all like the Orient Express. Nary a silk gown, a small mustachioed dude or a murder to be found. Which by tomorrow I’ll be longing for just to break the monotony. Of woods. Woods. Woods. Trips down the hall to pee. Trips down the hall for more hot water for more instant coffee. Making big decisions about when to charge which device. Trying to become mesmerized by Peter the Great.

I need a more serious goal for today then just this ongoing blather. The thing about Karl Ove is he does blather so brilliantly you don’t even know it’s blather until you’ve just read 10 pages about his small children’s behaviors at the odd country fair

Write more stuff like this while I continue washing up.

Perhaps I will read a bit of Karl Ove’s Book Four which I downloaded since I left the hard copy in Norway. I was already two-thirds of the way through when I left home so picking back up here could inspire me. Perhaps put me in a mindset to think about Chapter One of Window Seat which is intended to be about my Norwegianness or at least my desire to be Norwegian. Why am I so obsessed with being Norwegian?

It is Saturday morning, Still. No one stirs, on the platform during our stop to let another train go by, or in the car. Not entirely true. Soft footsteps up and down the aisle. If this were the Orient Express it would be someone on the way to an assignation with the beauty down the hall or to murder the unpleasant one just one berth beyond.

Guess I’ll save face-washing until after we’ve left this station behind. Give me something to do between 7 and 8. I hate when we stop. Both because we’re not moving ahead toward a plate of scrambled eggs and because someone could conceivably come to share my little space. Okay, let’s move. Feels colder when it is this still and quiet. Cold Saturday morning.  Still still.

Joined Peter as a child in Moscow; Massie is such a good writer offering a visual and visceral overview of what Russia was like in the early days of the Romanovs. However I soon fell asleep and now some more hours have passed. Interesting how anxious I am for time to go by, not because I’m miserable yet, but because I am leery of growing that way.

The countryside, about 33 hours into this ride, is much the same, lots of forest, but also more cleared fields than there were earlier. It’s raining again now, can’t you northerners feel it. When the fall rains begin. Messy cold, chill goes deep, muddy, you know what’s coming.

Got behind on my grooming ritual. Had to brush my teeth again after that nap. The bathroom at one end of the hall smells of pee, the other doesn’t, which to use. Of such choices are life on the train to Siberia made of.

There are more yards of abandoned trains in this country than one would imagine could exist. Or maybe we’re just going by the same ones. A big circle, the Siberian Express is a myth. I am going mad. Nah, not even close. Yet.

Lunch. A perfect salad of sliced tomato with a garlicky egg salad on top and a Carlsborg Gold. It was delicious and now I’m having a Snickers bar for dessert. The big adventure of the day, walking the six coaches and manipulating the car connecting spaces after having my daily beer allotment. But here I am safe and happy back home. Dining car occupied by a few leisurely travelers like me. Starting to relate to Peter the Great so I’ll write less, read more. Good for us all.

Approaching another substantial city. I was so very dumb not to get a good map of the Siberian rail route and also to bring a simple atlas along. Somehow I did not comprehend that Google would not be there for me. Even though I knew I could not get on line. What about China. Can I get to Google in China? Worrisome thought. How is there a world without Google?

Just texted with Scott. The world has not changed in the 36 or hours I’ve been away from it…and how is that possible?

Brush teeth again…all that garlic…nap. Life is tough here on the Ori…whoops I mean the Siberian express.

The day is fine, just fine. Still feeling the love but a little worried about tomorrow.

Here is what I did on this day of my summer vacation:

Brushed my teeth a few times.

Washed pieces of me.

Had some productive ideas about Chapter One of Window Seat.

Gazed at the passing landscape.

Wondered about my future. As a writer. As someone still alive.

Read off and on in Peter the Great…getting in to it. Wish I would have read it before the trip though.

Gazed out the window a whole bunch.

Took pictures half-heartedly. Only so many fields and trees are photogenic.

Copied all photos from this trip so far to external disk I smartly brought along in case someone steals Surfy.

To dark to gaze. Just pondering. 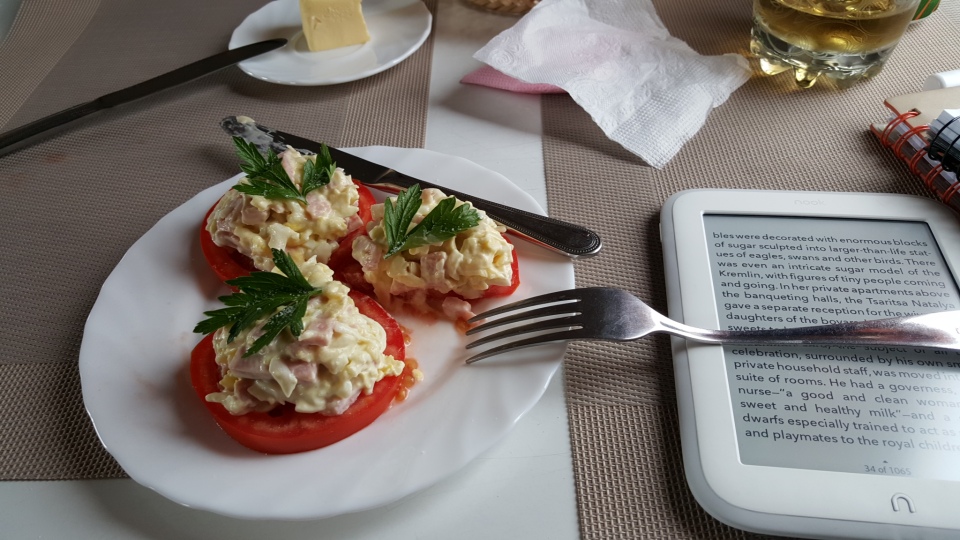 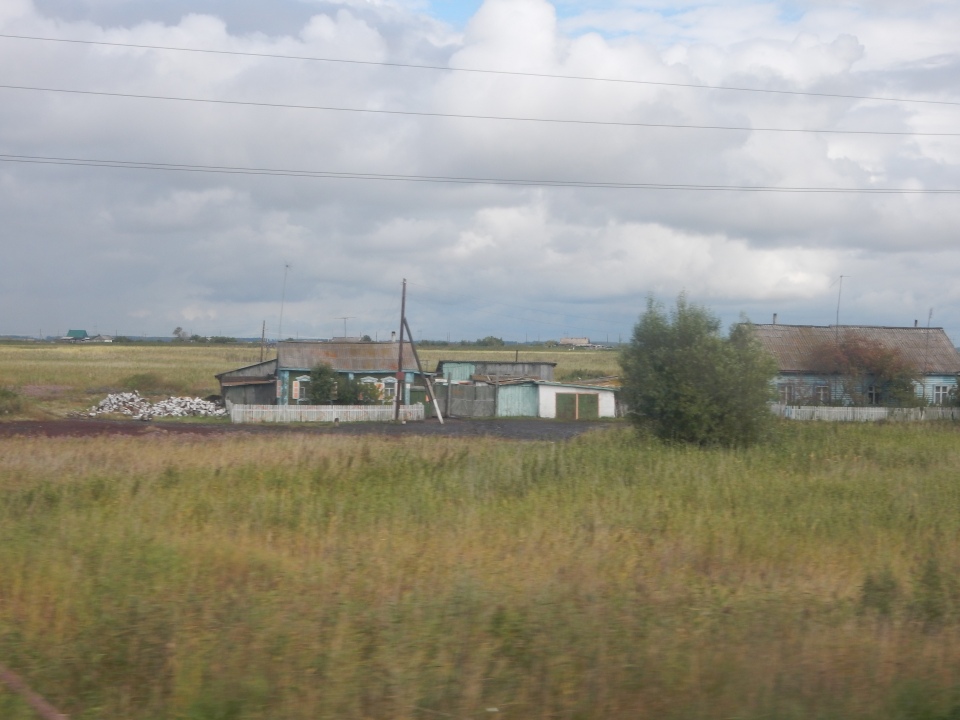 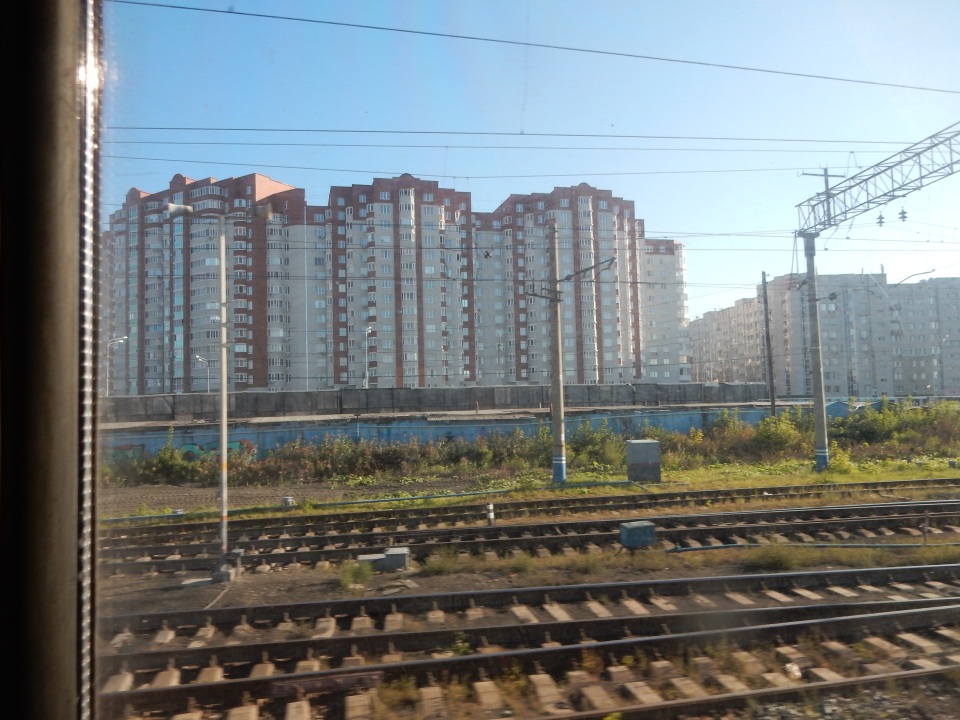 HOME IS WHERE THE HEART IS…MY HEART COULD LIVE ON TRAINS.

One Comment on “On the SIBERIAN TRAIN from MOSCOW to ULAN BATOR. Chapter Two”