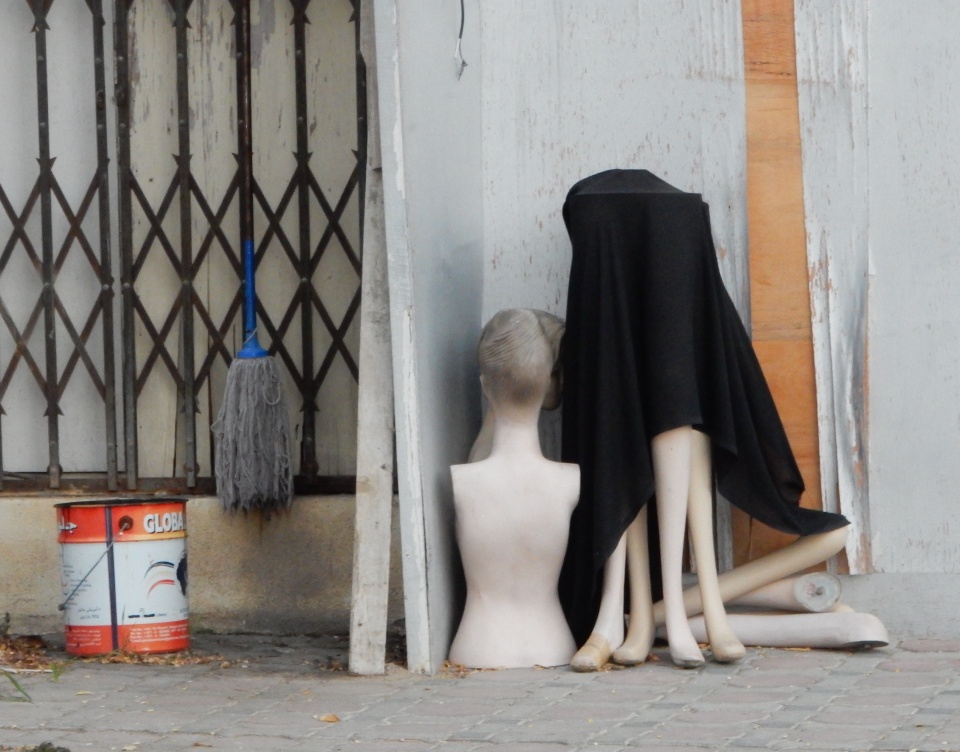 Way too much exposure. 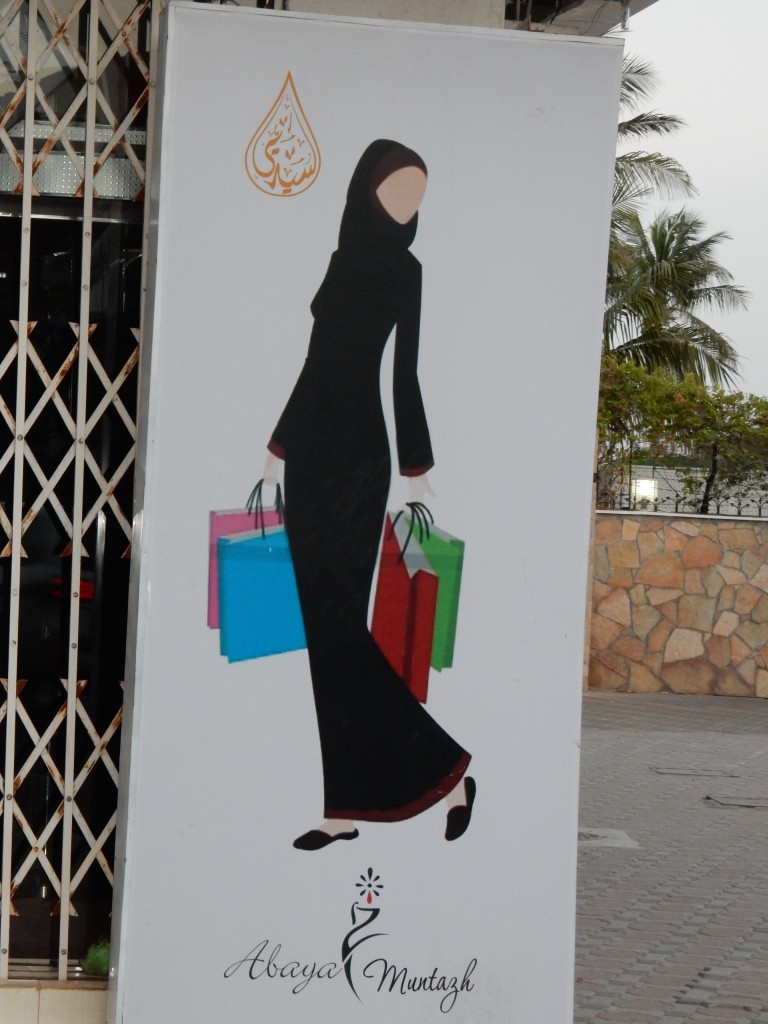 Herds of Men. Gaggles of Men. Congregations of Men. Droves of Men. (of whom I did not know how to take pictures without being rude, maybe tomorrow)

So glad we came to Seeb. It is a very different world away from the main city centers of Arabia, at least here in the Gulf States. On our long walk after the sun went down we experienced the WORLD OF MEN. This is not an exaggeration; we strolled shopping streets, side streets and along the sea. Many people were out enjoying the evening air…let me rephrase that…we saw a few hundred men in various groupings and gatherings and exactly seven women out enjoying the evening air. NOT exaggerating I promise. We were so overwhelmed that we kept careful track. Of the seven women, only two were youngish, in jeans, without head coverings.

About this plethora, multitude, glut of men, at least 80% were the workers of the Arab world in jeans and t-shirts, probably all of whom were Indian, Bangladeshi and Pakistani. The other 20% were Arabic in traditional white robes. There were no westerners. None. Lonely Planet says Seeb is a “typical Omani town…that barely sees a tourist….” Yes indeed. The atmosphere was casual, friendly with a bit of distance and some curious glances. I told Steven everyone undoubtedly thought he was a Filipino nurse caring for the one little old American lady that somehow wound up here in Seeb.

It has actually been a very nice day. Slow, naps, computer time. We are now so used to not watching TV that we don’t even turn it on anymore.

Perfect evening meal in the ornate and empty restaurant downstairs. We had a Cashew Nut Fry, Palak Paneer, a sweet and a salty lassi finished with a platter of sweet seeds that tasted like licorice. 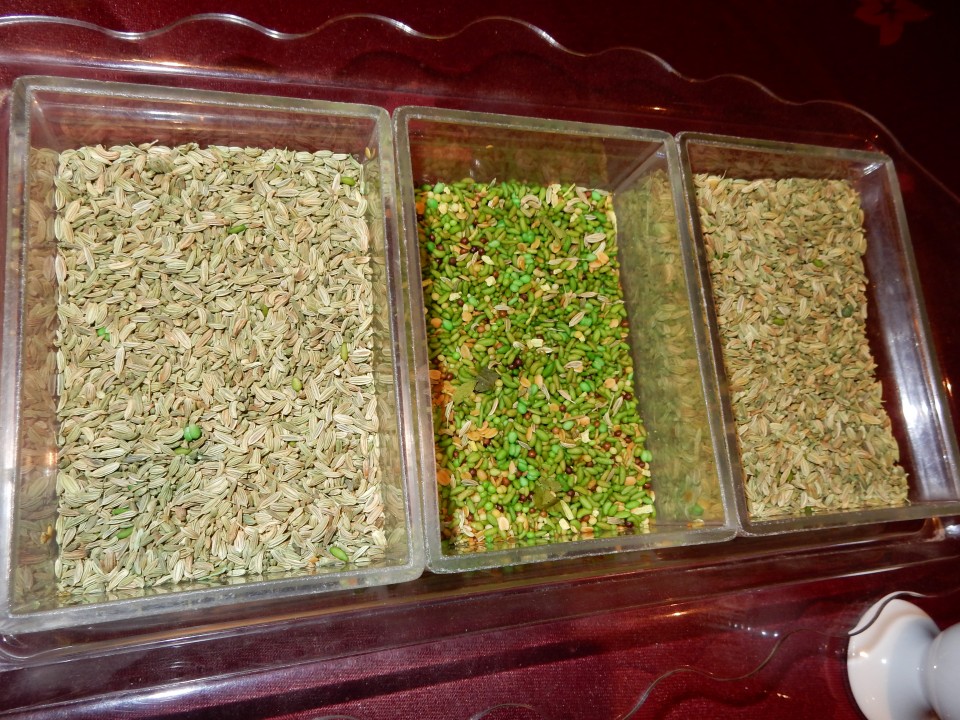 We stopped at a sweet shop on our stroll and have sweets, mint water and big fat golden raisins for snacking. 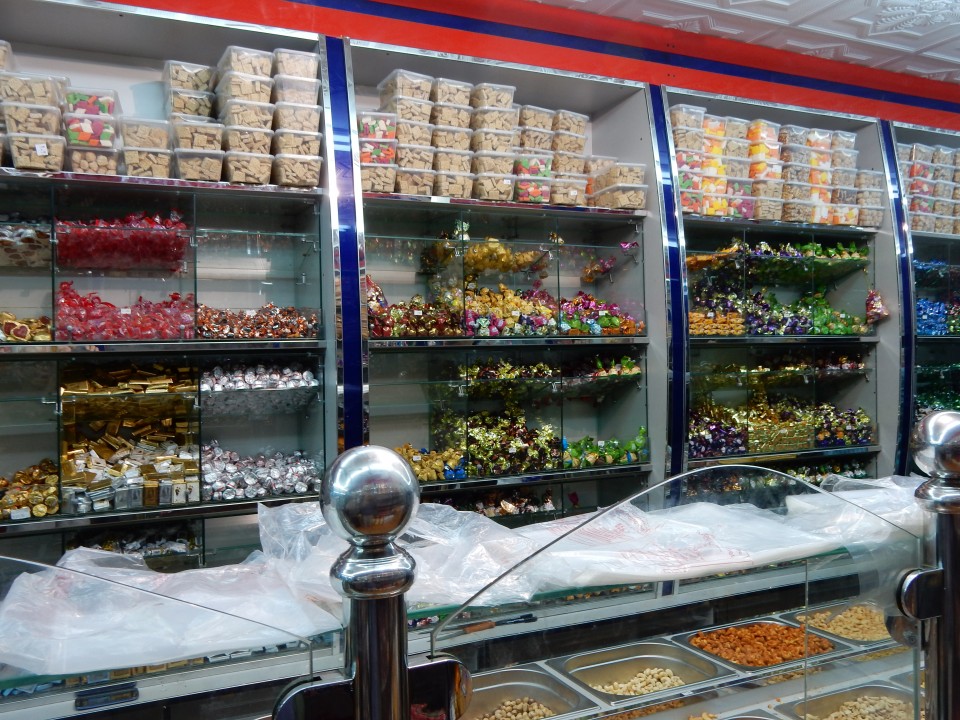 Cold showers because we inadvertently switched off the hot water but that felt just right after our hot and sticky trek about Man Town. Steven says we know why it is named Oman here…which he keeps referring to as Oh Man!

← AHHH…ARABIA. I CAN SMELL THE FRANKINCENSE…
A DAY IN OH MAN! →

2 Comments on “FLOCKS OF MEN”