Who knew that my (almost certainly) last-ever job offer would be in Tajikistan. No wonder I am so enamored of the place. I understand that Ruth and Nancy are out there saving the world for democracy…still, at our ages, job offers aren’t plentiful. Since this was the most exciting event (for me) of the entire trip, please allow me to elaborate.

We reached Lake Iskanderkul in the early evening, settled into our comfortable rooms (colorfully basic but with the warmest heaviest quilts I’ve ever had the pleasure of sleeping under—even weightier than mom’s quilts back on the Minnesota farm—and that entails some serious poundage), and enjoyed a simple late supper. Our lodgings were at Dilovar’s Villa, a place of pleasant hospitality and the best views in a country with no shortage of spectacularly otherworldly scenery.

And in the morning…The Job Offer. Seriously. The boss/director/manager/owner who spoke very little English approached me with smiles and questions which Beck kindly interpreted. And the gist of which was…would I consider coming there next summer (and for as long as I wished [or lived?]) to be the manager of all English-speaking guests. He explained that there are many of them and he can’t communicate the rules, times of meals, make suggestions for walks, etc. very well. He needs someone to boss them around was Beck’s interpretation. There were one or two small issues; I would have to get there on my own and actual pay wasn’t mentioned! He kept assuring me through Beck that I would have nice lodging and meals and freedom to ‘be the boss.’ I assumed this whole proposal was tongue in cheek but Beck kept assuring me it was very serious. So I have decided to accept the offer as authentic and simply be encouraged that I might have a few more lives to go. ‘So Ruth and Nancy, while I wish I could help you with the Supreme Court and Congress, I’ll be busy next summer at Dilovar’s Villa up by Alexander’s Lake. If you get sick of the whole mess here in ‘the land of the free and the home of the brave,’ I’ll be happy to reserve rooms for you…just remember breakfast is at seven and do not be late.’

Unfortunately I was compelled to decline this most inviting opportunity…since it would interfere with my present job which actually comes with a paycheck—and I do get to boss around English-speakers (not that they listen all that attentively). I believe my new potential employer erroneously assumed independent wealthiness on my part. And it would have been such a fine last entry on my resume. Boss of English-speaking travelers, Dilovar’s Villa at Lake Iskanderkul. Remote mountain site at end of long rocky road, in the country of Tajikistan in Central Asia, formerly part of the USSR after long years with Alexander the Great, Genghis Khan, and Tamerlane the Terrible.

With additional spring in my steps, I walked around with Lace and Scott and then we headed out for a long day on the road, destined for Khujand by day’s end. 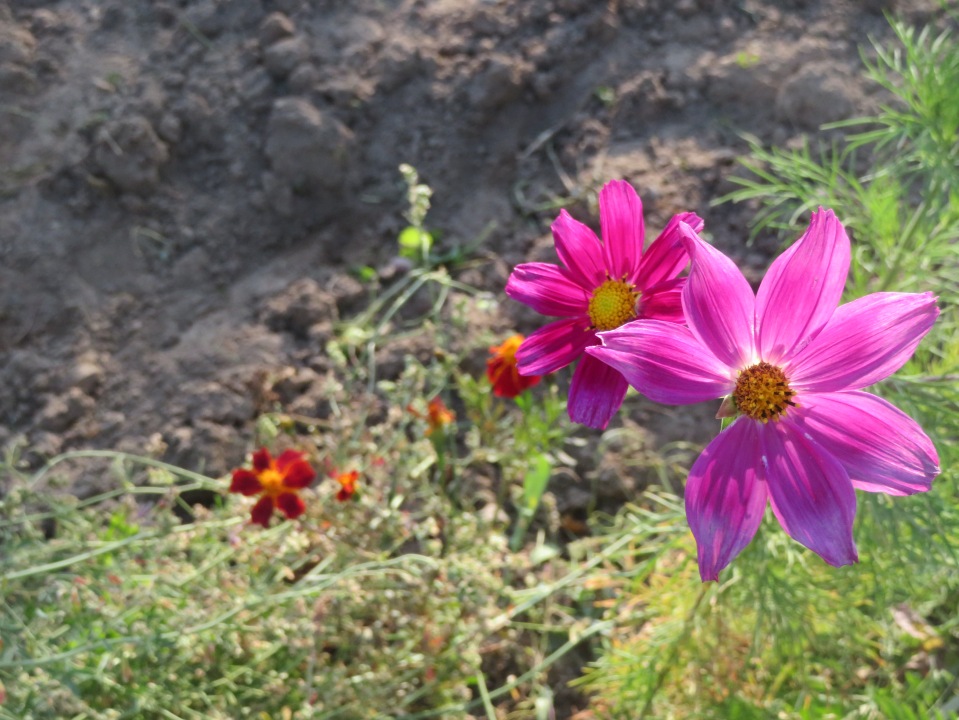 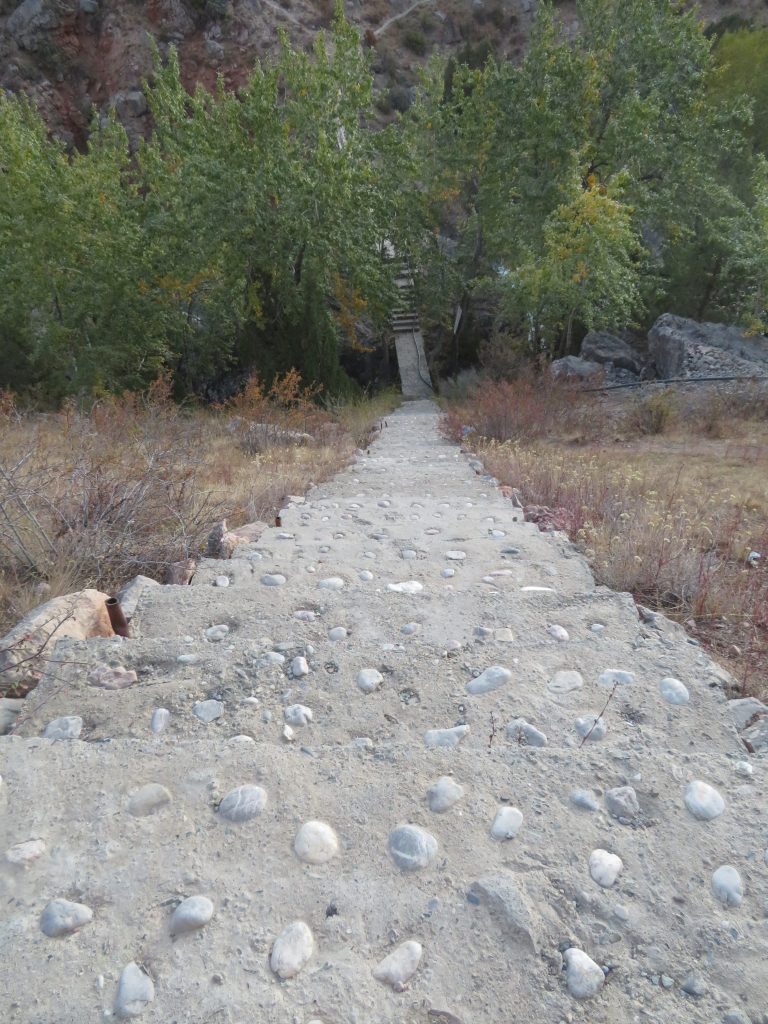 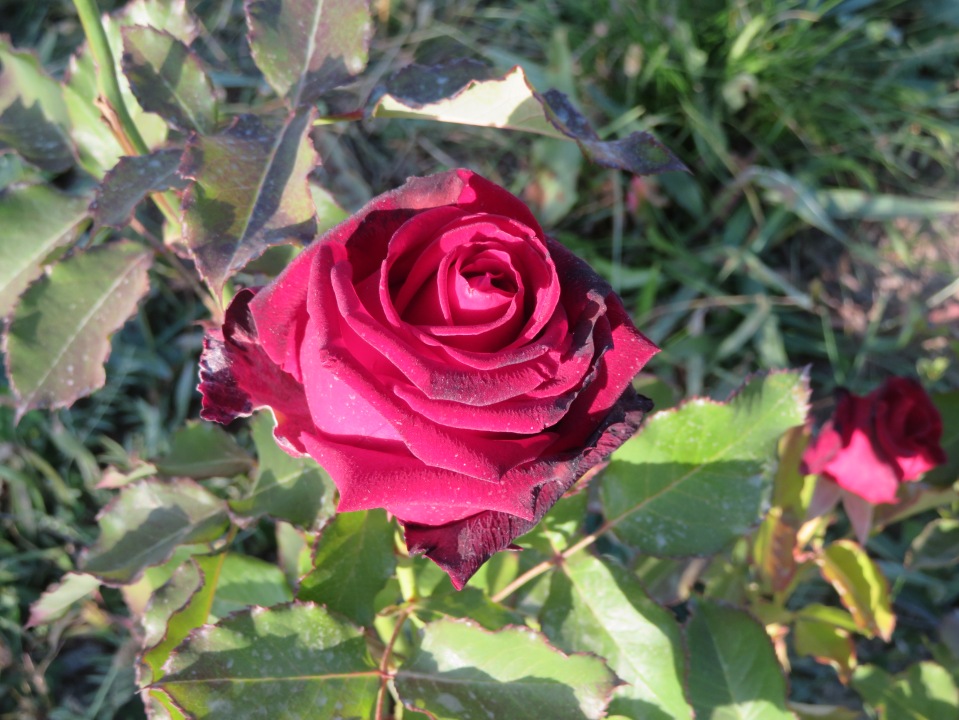 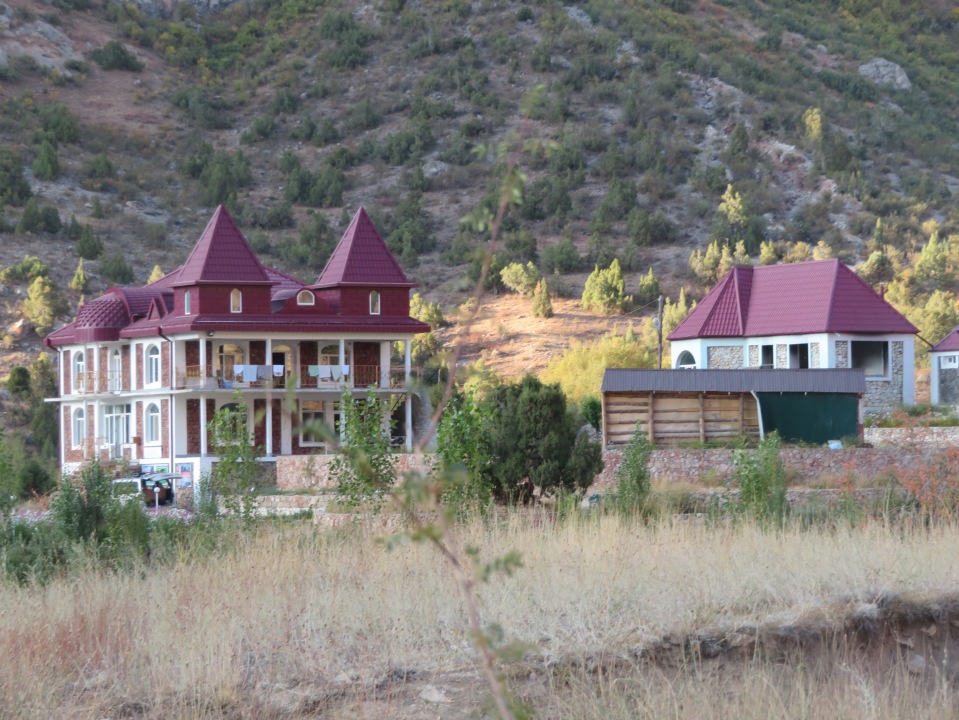 ← TAJIKISTAN AND THE NEXT PERFECT DAY
ROAD TRIP TO KHUJAND →

2 Comments on “THE JOB OFFER”