TRAVEL WITH ME TO A TIME LONG LONG AGO 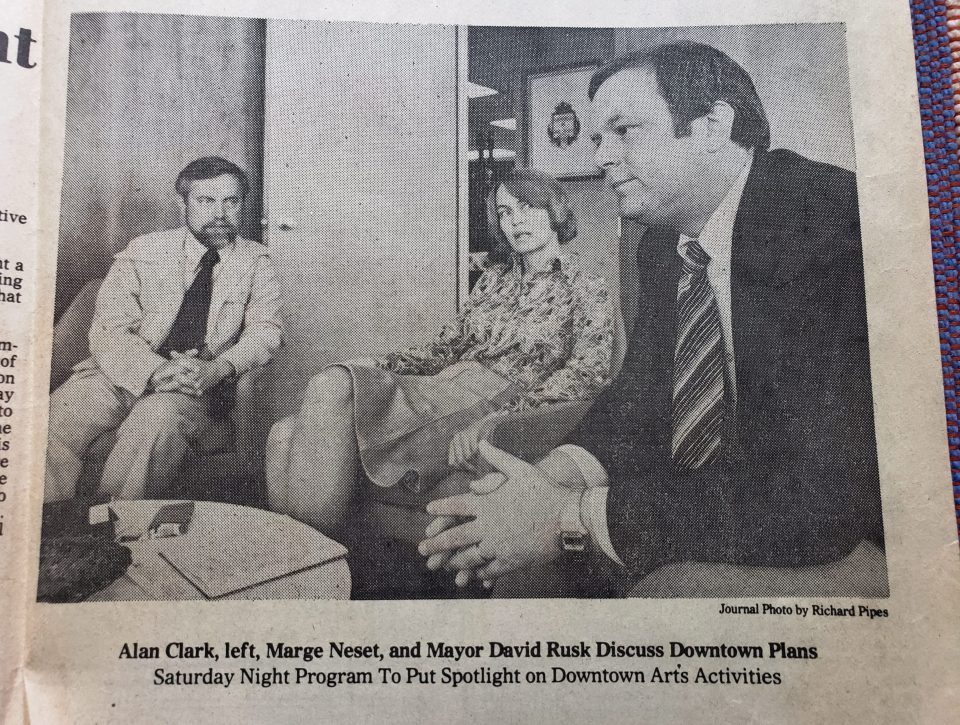 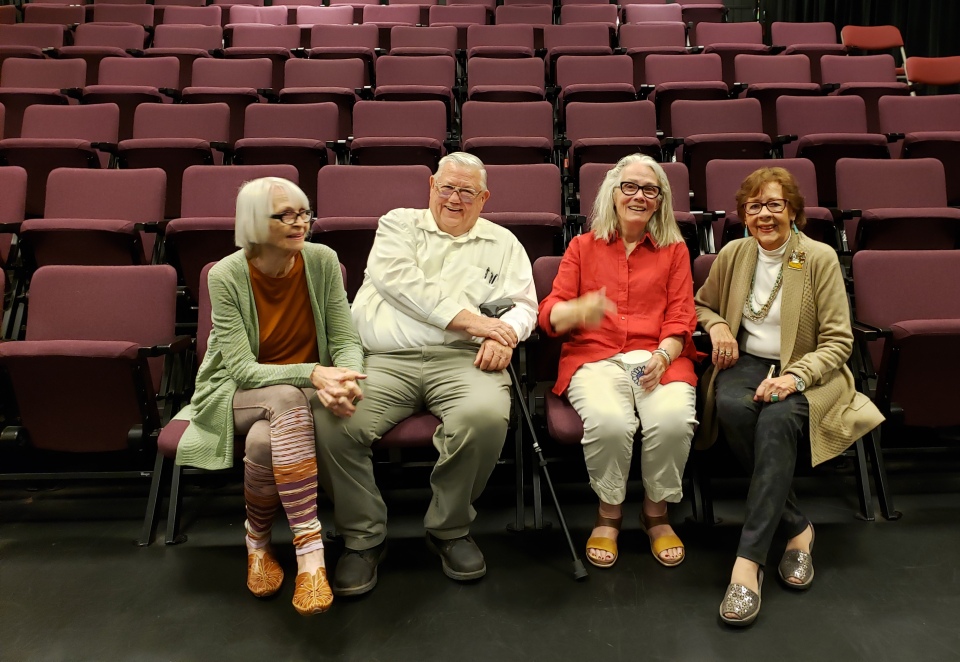 A long time ago in a … downtown nearby, some friends and I made a festival called Downtown Saturday Night (DTSN). Forty-one years ago to be precise. I was contracted by the City of Albuquerque to produce arts activities/events in the downtown area as part of a nationwide effort to bring city centers back to life through the medium of culture. It all started with a City Spirit grant from the National Endowment for the Arts and Mayor Harry Kinney hiring me just prior to the end of his term. He was replaced by Mayor David Rusk, who said in my first meeting with him, “Instead of spending a year thinking about this (the grant funded a ‘planning’ year) why don’t we actually do something?” So we did.

DTSN was wildly successful that first year but when forced uptown by a jealous City Councilor who wanted a festival of her own, it worked less well. By then I was already moving into a new position, charged with bringing the KiMo Theater back to life after its closing and purchase by the City, so DTSN was relegated to the history files.

Last Friday night (forty-one years almost to the day from the first weekend of DTSN), the North Fourth Art Center hosted Four Directions, a gallery opening and poetry reading. It just so happened that one of the artists, Jane Sprague, was part of the original small but wildly imaginative…and wild… DTSN staff and one of the Friday night poets was Larry Goodell, who must have been one of the DTSN participants at a coffeehouse we set up in a vacant building along Central. Kathy Schwartzman, my main program assistant lo those many years ago was in town and Bill McHugh, a friend/historian, who did ‘stuff’ for the festival also came over for the evening. How fine it was.

Can you imagine us years from today, sharing a (gallery) quietly

How terribly strange to be seventy [plus] 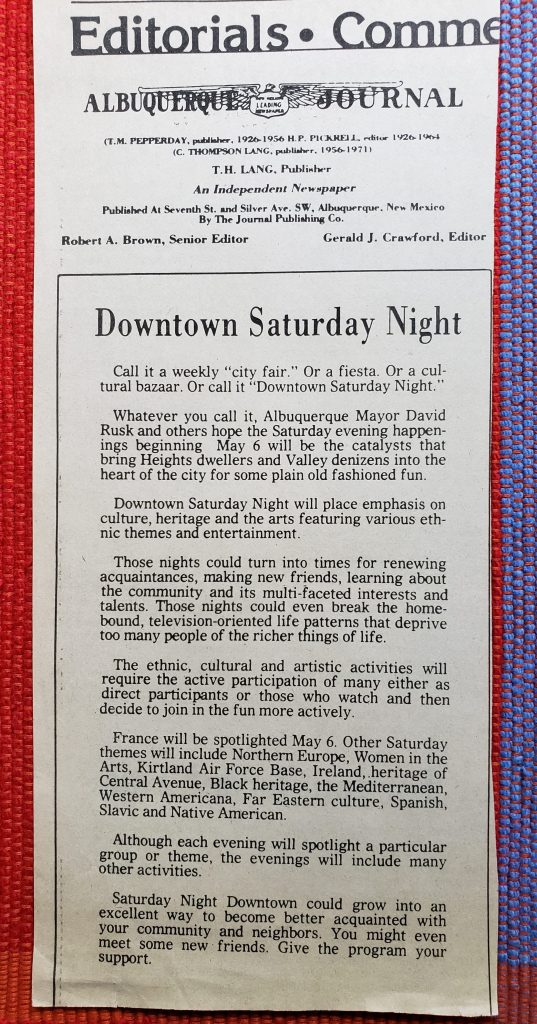 ← APRIL and MAY
GOING UP HOME →