Hamilton, the musical, is bright and Broadwayish as it should be, even here in Chicago. I have actually never seen such pre-curtain-up enthusiasm before…the audience was giddy with excitement, anticipation, expectation…it was palpable. Came early, bought the t-shirts and souvenir program book and wine and popcorn (the latter which I just ate for Sunday morning breakfast), took a few pics of the empty stage and Then It All Began. Hamilton is good, really really good. But better than the Lion King or Wicked? Maybe not.

I only made it half way through Hamilton the book, a major work of historical significance; I’m not sure the show is that but it does cover a lot more territory a whole lot faster than Chernow—still, I should finish the book shouldn’t I?

The cast is multi-racial/ethnic/national which is purely wonderful. Burr is this tall handsome black dude while Hamilton is lighter and slighter. Washington, another imposing—yes, appropriately stately—African American. The ‘coolest cat’ was Jefferson, a jivey hip-hoppy guy, cocky and funny and, rightly enough, the butt of some pointed jokes about his sex life.

Hamilton’s smarty-pants brilliance came through as did Burr’s shallowness. And it is All about New York. So my conclusion is that Geeks and New York City Rule. Which I find quite reassuring to be honest.

I did wonder how many people in the audience really got or knew that our hero was responsible in a major way for our strong federal government and adamantly opposed to Jefferson and States’ Rights. Hamilton’s fear of mob rule by the uneducated masses does seem pertinent right now doesn’t it?

Perfect afternoon (except for the big-headed woman in front of me at the play), wandered happily down the street to a pleasant restaurant where I had gourmet mac n cheese, grilled asparagus and a nice IPA. More perfection.

Next walked a few blocks to the Harris Theater for the Danish Dance Company. Perfection Over. What to say about that performance? Slickly but Extraordinarily Ordinary. Prettily lit lobby though but I left at intermission for a pleasant walk home through Saturday night crowds waiting for the Cubs game results. A brilliant day. I love Chicago. I did not know that. 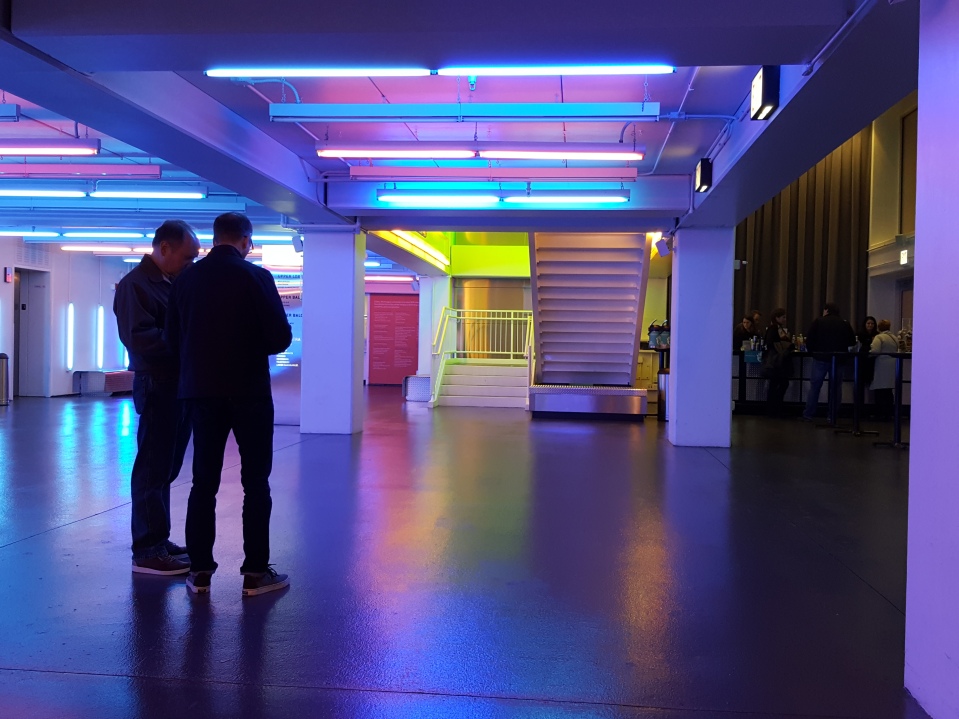