Just Another (Perfect) City by the Bay 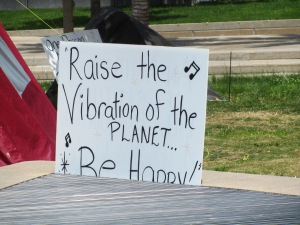 That old ‘city by the bay’ vibe

Auckland, New Zealand feels like a world neighborhood to which you would gravitate if you wanted peace, quiet, natural beauty, funky charm and really nice wine. Like San Francisco’s quiet little sister.

History from a barely remembered book, Wikipedia and two weeks down under! I am curious. Why does New Zealand have such a different vibe than Australia? Of course the question is silly for me to hazard an answer since Surfers Paradise is my only Australian experience and Auckland the only NZ sampling. I read “Fatal Shore” some years ago so there is a vague history of Australia in my mind. The aboriginal people (whom Wikipedia says may be descended from a long-ago migration from the African mainland before the Europeans and Asians were even differentiated as distinct races), the convicts, the harsh land, the British colonial heritage.

I am still more curious. Somehow NZ had appeared in my mind’s eye as Australia’s pretty islands and that is not necessarily true. It turns out their history is quite different. New Zealand is a Pacific Island in the way the Philippines or Tahiti or Hawaii are Pacific Islands. Settled by Austronesians (later split into divergent groups such as the Polynesians and Melanesians) who came out of pre-Chinese Taiwan and populated the South Seas.

Here in New Zealand, the Austronesians/Polynesians became the Maoris and it seems their influence on these beautiful islands is profound. Although NZ was also a British colony it feels like the British cowboys set the mood in Australian while the New Zealand colonizers let themselves be influenced by the Pacific people already here.

Easy Peasy Auckland: Auckland has been to rest and recuperate and enjoy my delightful travel companions. If I win power ball I will invite Steven and Brant to travel the world with me for the next year and then foot all of their education bills through however many doctorates they choose to pursue. 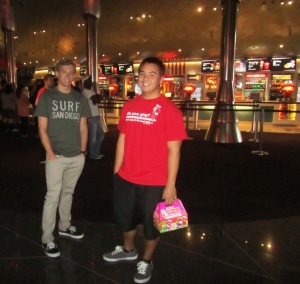 What interesting adventurous lively guys they are. The two of them have made me feel better about the world—if they are indeed the future then I think we are okay. They are ambitious but not to the exclusion of the idea of ‘doing good.’ They are open but skeptical of all dogma. Nice nice guys and so much fun to be around. 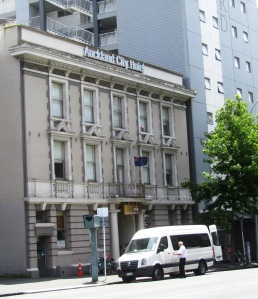 We moved hotels after the first three days because our first one was already booked for the weekend and came here to the Auckland City Hotel which has an appealing Malaysian restaurant called “The Mustard Seed” that we may sample tonight. Steven and Brant picked it on Expedia—it was lovely to have them take the responsibility since that is one of those imponderables of travel. No matter how thoroughly you peruse the hotel listings and read Trip Advisor about a quarter of the time you come up wrong-footed.

The guys have promised to write the blog tomorrow about their adventures so I will simply regale you with mine. Consisting of eating and shopping! Not bad holiday pastimes.

Started my recovery a few days ago with the best—and only—lamb salad I have ever had accompanied by a fruity crisp white wine even I could detect was very fine. First wine of the trip. A sad sad thing if one is traveling to major wine regions.

Since then the major meals have included a very pricey harbor lunch that was unfortunately quite ordinary although Brant swears his $15 hot dog was truly gourmet.

Our next best meal was breakfast on the bench in front of (drum roll) Dunkin Donuts! 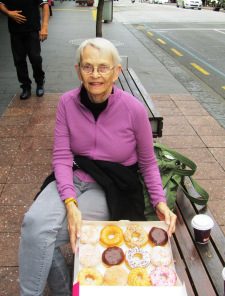 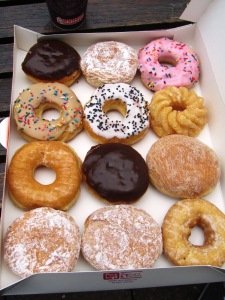 But tonight Malaysian and tomorrow back to the lamb salad place for a…lamb salad, lamb kabobs and more of the delectable wine. I am purposely blocking out the images of those wooly little lambs we kept around the kitchen stove on blizzardy spring days, the enthusiasm which they drank their bottles of milk, their little baby baa baa baa’s. It has taken me this long but now I’m ready to eat the little buggers. There are Starbucks and MUFFIN stores here as well. A global neighborhood almost too familiar—but nice anyway!

Buildings with some personality remain. 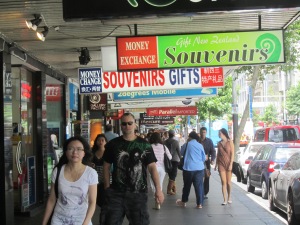 We discovered Kathmandu, New Zealand’s REI. Probably they have them in the U.S. but not in my neighborhood and not with everything on sale. Also an imposing book store on a prominent corner of Queen Street. Bought a stash of regional books of course. And am happily into one by a western Australian writer Tim Winton. The book, Dirt Music, is brilliant. The truth is—Kindles and their other reader friends are awful things, only acceptable on long journeys if one is traveling alone. I may get rid of mine altogether. THE THING IS NOT A BOOK.

Oh oh. The old curiosity gene that was lying almost dormant about this part of the world is stirring. That is a good thing or not. It almost always happens through books, usually novels. It is like getting the flu when you feel that first prickle of something not being right. With curiosity, the prickle is—I want to go to Perth…or drive down to the tip of South Island…or hop around this whole region to Papua and East Timor and back to Darwin and make myself eat a piece of bread with vegemite on it—it starts small and then pretty soon you are frustrated and depressed because there is no time and money in life to do all of that everywhere in the world. But frustrated and depressed in a good way. 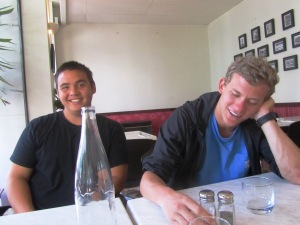 California dudes out in the world

And then there’s a boy and his grandmother

← Travel. And Why.
Steven and Brant in the World →