Even though it was a year of many losses my immediate family is well—and that is reason enough for declaring my glass more than half full this New Year’s Eve. 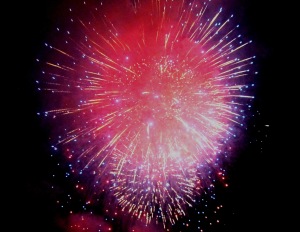 I have already written in “Time and Place” about most of the year’s events and passages, travels and trauma. Now, with a slightly new and improved blog format I will attempt to offer a year-in-review, mostly photos and a few words, including extras for the months since my August adventures in the Balkans (which I am sorry to say were never wrapped up properly).

In 2012 I will be a wiser and more thoughtful person and lose the same five pounds that have been on the resolutions list for the last 20 years or so.

In 2012, I will post to my blog twice a week, write the first draft of a whole book called “Neighborhoods” and go to 12-15 more countries.

In 2012, I will reach Harrison in my reading of presidential biographies.

BAD PEOPLE: One chilly night while I was in the gym making good on my 2010 New Year’s resolutions, a bad guy smashed out my car window and took my bag and backpack with all the usual stuff plus my passport full of stamps and my calendar and cell phone (containing pretty much the sum total of my knowledge). I would have taken photos of smashed glass, all sparkly and beautiful, scattered throughout and around my car but my camera was among the stolen things.

Steven did well at Miracosta Community College and will transfer to UC Irvine in 2012…and maintained his surfer dude lifestyle at the same time.

Sara is looking forward to at least five more years of cheerleading…and her parents?

A big deal for me. Eldest son Scott came out for a weekend and, with Steven, we toured all of the neighborhoods, streets and apartments where we lived between 1972 and the early 80s—the good, the bad and the ugly.

Sara and I went on our first big trip together, the first half which I describe in a previous post, “Go East Young Sara—Go East!” Extra photos here for DC half.

A long day on the mall waiting for the fireworks. Hot but happy crowd. We felt very patriotic. 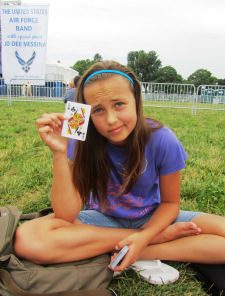 TRAVELS: First, in early January, to NYC to a meeting hosted by the organization formerly known as DTW; stayed at the Hotel Chelsea of Patti Smith/Robert Mapplethorpe/many other talented crazy original artists’ fame. Old gas stove in the room’s shabby little kitchenette provided the only warmth for the day the heat went out. Hey, it was under $200 a night in Manhattan…you get what you pay for…history not comfort.

I stayed at the Hotel Chelsea. Therefore I am a writer

Next to Beirut to the Arab Dance Platform. Can’t find my photos but saw several interesting pieces, went on a winery trip to the Bekaa Valley and ate a lot of doughnuts from the Dunkin Donuts next door to my hotel.

Then a summer trip home to Minnesota which I wrote about in the post, “You can go home again…you just can’t live there because it’s all fallen down.”

This is how my dad, Sven the lumberjack, made his living

Marsha and her very best friend and mom

If there were only more teachers like these two, we’d all be smart

Me and my baby bro…all those years of fighting and now we actually like each other.

He got bigger but not smarter than me!

And finally my travel year ended on a high note with a long rambling bus, train and plane trip through the ten countries that comprise the Balkans plus Ukraine and Turkey. Unfortunately I did not post from the last three countries so here are extra photos of Sofia, Istanbul and Athens. 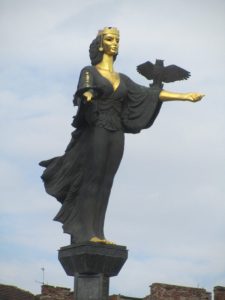 Istanbul is so very historic and beautiful and alive that I could not begin to select one photo that would do it justice. 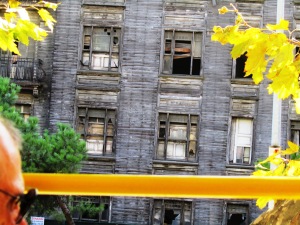 I was very tired by the time I reached Athens so I just sat in the park and looked at creatures for the first afternoon. 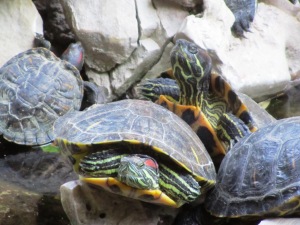 WORK: All went well considering cuts in Medicaid and VSA National Dept. of Education funding. We dropped the AmeriCorps program in which the burden of red tape finally outweighed the enthusiasm of the talented young people who came to work for us for a year or two.

VSA performing artists made a piece with Desire Davids from South Africa. 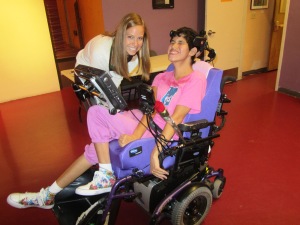 After the dance party 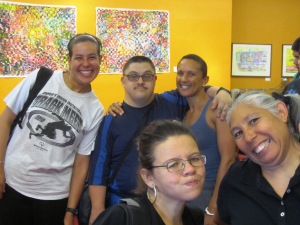 POLITICS: Killed some seriously bad guys, Bin Laden and Gaddafi; were subjected to some second-rate comedians also known as the Republican candidates and then there was humiliation of having to acknowledge that fine old American institution called Congress belonged to us. Suffered some Obama disappointment until the alternatives were considered.  It is the year I gave up any interest in political involvement beyond voting. Better to send your money to Doctors without Borders or go to the casino!

FAREWELLS: Finally, just like all of the TV news shows, I want to say good-bye to some fine people who left my circle of extended family and friends this year.

My cousin’s husband and my friend, Otis, lumberjack, gold miner, rancher and storyteller…who always swore he was going to find me an old Minnesota lumberjack for a husband every time I came home. 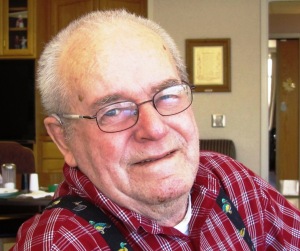 My hero Grace, political activist and head of ACLU for many years—who who was liable to raise her voice in any setting to proclaim what idiots we were for having elected that “goddamn George Bush.”

My daughter-in-law’s mom, Sofia, a schoolteacher in the Philippines and a loving mom and grandmother during her years in the U.S. who worked so hard to see that all of her children had a chance for a more secure life than her beloved home could offer.

My brother and sister-in-law lost their dog Buddy from a brutal disease. If you are not a dog person it might seem wrong to lump the loss of a pet in with the loss of people. If you are a dog person you know exactly why Buddy is listed here among the year’s lost loved ones—because to Marsha and Robert he was family. 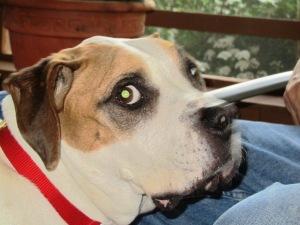 And finally, my sons’ father, Don. I met him in 1958 on McCoy AFB in Pinecastle, Florida. I was newly arrived from Minnesota with a job as the morning coffee girl at the NCO Club. He was an extraordinarily handsome young guy who responded to my “it’s really rainy out today” with “yeah, just like London.” I was 19 and immediately smitten—a cute guy who had traveled. (Well, actually he hadn’t but I did not know that until later!)

About the time we met

Back in the day…

We were married and had two healthy beautiful sons, moved from Florida to the Philippines and back to North Carolina.  Don was sent to Vietnam before the war was really underway where he became a base/village sheriff. We were next stationed at Holloman AFB in Alamogordo where our two towheaded sons ran wild around the base and I commuted to NMSU.

The marriage ended soon after that. We have been divorced almost 40 years so I did not really know him anymore but he remained my brother’s best friend all these years.

Don wrote poems, built a catamaran by himself, was a great cook and passed on a playful spirit to his sons.

Don loved motorcycles. Suffering from advanced emphysema, he nevertheless decided to take his Harley and oxygen tank and make a 75th birthday trip to visit his son in New Mexico and then go on the his son in California.  He left Albuquerque early, heading down I-25 on his treasured bike and made it as far as Hatch where he apparently experienced a massive heart attack or stroke; he died almost instantly.

Maybe this last act was foolhardy, but it was wonderfully audacious thing to do—a legacy of not giving in to circumstances that he passed on to his boys. 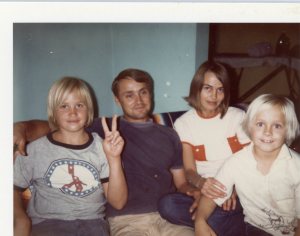 Happy New Year everyone! Obama in 2012 and world peace…yeah, right!