Posted on February 10, 2010 By mneset in AROUND THE WORLD

The basic vehicle of travel

It’s that last 36 hours before the journey begins. When you wonder what in the world you are doing. Why does anyone leave the comfort of their own space to be humiliated by security, trek down endless halls to your next flight which is always at the other end of the terminal. Get the seat next to a person eating something full of garlic and onions. Wonder if the snow in DC will ever stop. Know you should read the instructions for your new camera. Pay the utility bills. Stop the papers. Throw out the last of the milk.  AAAAUUUUUGGGGHHHHHH! But tomorrow I’ll be in love with whole idea again. My hotel in Cape Town is booked and apparently staffed by lovely people who send e-mails to assure me they’ll pick me up at the airport where I’ll arrive quite late at night. And to get to my hotel in Windhoek  the next week I should tell the cab driver at the bus station to take me to the hotel across from the “fruit and veg” street. Okay…I’m already happy again.

There’s always the next cup of coffee

This is WINDOW SEAT. Now, before this slightly misleadingly-named blog proceeds, I have a confession. After years and years of ALWAYS taking the window seat in whatever conveyance, I’ve now had a relatively short period of asking for the aisle. I used the excuse that I was getting older and wanted to access the bathroom more freely, stretch my legs to prevent deep vein thrombosis and most of the time it was either black night or a sunny blue-domed cloud-carpeted world outside the window anyway. Okay, I repent. I’m back to my window seat. It is actually worth the climb over a bulky sleeping seatmate to catch that first glimpse of the hills or valleys or streetscape of my next NEW place. Here’s an itinerary that will be admired by some, but envied by few if the truth be told. Most people actually do not want to travel. Took me a long time to believe that about apparently rational people. Some of my best friends in fact. But travel as opposed to vacationing isn’t for everyone. And I must admit to being rather a softy as travel goes…no Amazonian rapids or Himalayan peaks…just the next cup of coffee at a very distant counter. But that’s okay. My itinerary feels a little daunting to me too. Roughly it’s this. 7AM to DC, 5:40PM to Johannesburg, an 18 hour flight, gas up in Bamako or Dakar. Late that evening into Johannesburg. (All courtesy of frequent flyer miles—keep your mileage, every single mile and then if you actually wanted to go somewhere you could!) Couple hours flight to Cape Town and I’m home for a week. Although at this moment in time I don’t have a hotel.  Cape Town has HISTORY. The Afrikaner stronghold. The white town. The most beautiful city in the world. The racist heart of South Africa. Seems to be all of that. I hope to walk many streets and climb Table Mountain and find Deon Meyer, one of my favorite police/detective novelists and to think about what this city means in relation to Birmingham or New Orleans or Mobile or any one of the American cities where our own racial history is writ large. But in my everyday life for the week I’m focusing on dance and theater. What are artists in a city that is geographically at almost the bottom of the world—9351 miles from Albuquerque—thinking about right now? How to find that out in one week? BUT here is what endlessly fascinates me. How we each think we live at the center of the world. And then we fly for 24 hours or so and it’s somebody else’s center of the world. So then I’ll have a cup of coffee and sleep and get up and walk around this center of the world.

Okay, I vowed that I would blog every other day if I got into this. Now it’s the third day and I must say something about travel…or dance. That is primarily what this blog is about. I’ve been writing grants all day (for dance) and now a wine and NCIS LA—which isn’t nearly as good as the other NCIS.  Although I’m thrilled that little old lady (we must support each other) Linda Hunt has a role.  What does this have to do with travel? Well in my moments of pacing before the next grant paragraph I thought about all the steps to make my Africa journey productive, inspiring, fun and how to lose eight pounds while I’m away. This is pertinent why? Because the only way I can do the latter is to walk and walk and walk. And I can’t afford to eat anything really delicious anyway (that’s part of the travel budgeting decisions). Walking a lot will put me in touch with the streets of Cape Town, Windhoek, Gaborone and Johannesburg. And during the overnight (maybe) in a town in Lesotho. As most travel books will tell you, planning is half the fun. I did most of my packing last weekend. So early. Because. The suitcase MUST be light. Clothes, a couple of emergency books, although I want to buy many books in South Africa where a splendid display of literature we never hear about is available. Need some instant coffee, underwear, one pair of flats in case dressing up calls for something other than a big size of white tennies. That’s it for today. Am I allowed just to chat like this on a blog? Or is that really tacky? Where do blog virgins go to learn protocol? 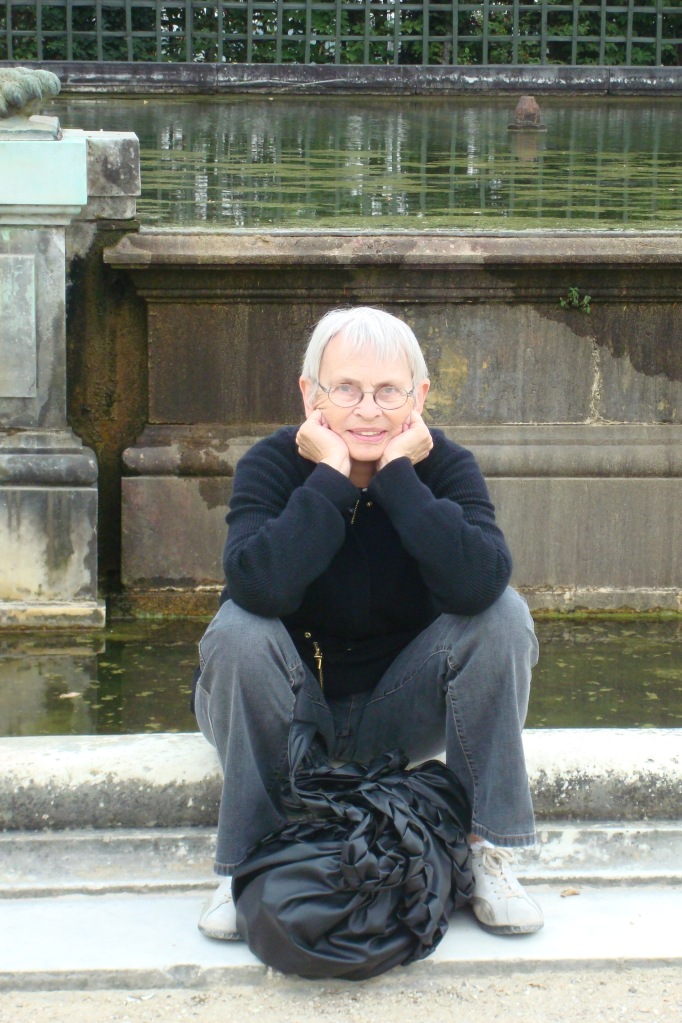 Sitting on the curb…waiting for the WORLD

WINDOW SEAT is alive and well…as a travel blog with some dance and theater and maybe a personal bit or two thrown into the mix. WINDOW SEAT, the book, will be how I got to here—a not-very-young woman with limited funds who is compelled to go-to-every-country-in-the-world-before-I-die. I have so far been to 61 countries which leaves 131-134 to go depending on who is counting and what month or year it is. Countries do come and go—for example, who knew TWO (Soviet Union and Yugoslavia) would become MANY (about 15)—so I must be concerned about whether my travel stamina and curiosity can keep up. I am fortunate to have a great job working with contemporary artists of every culture, every background and every ability. Often my travels are to see new work and perhaps invite these creative global adventurers to our art center in New Mexico. AND SOMETIMES MY TRAVELS ARE BECAUSE I NEED TO GO ROUND THE NEXT BEND OR SEE OVER THE NEXT RIDGE—revealing my love of road trips even if most places on my travel agenda cannot be reached in my trusty but aging Mazda.