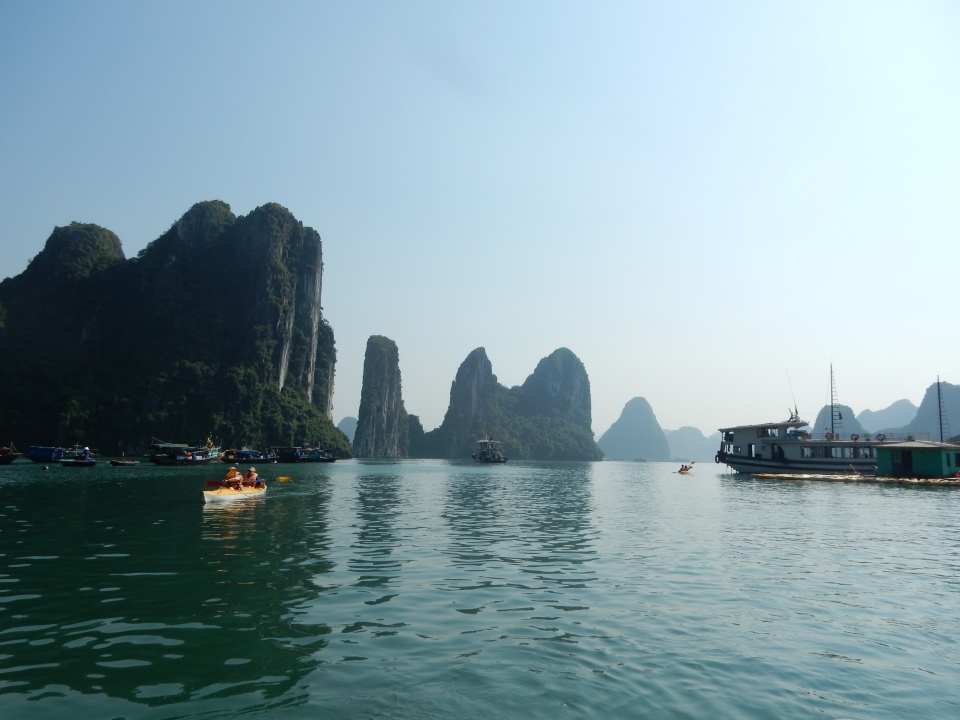 I left Vietnam a few days ago and don’t imagine I’ll have time in this life to return to a most magical of places. It filled my life through books and Ken Burns “The Vietnam War” for several weeks before the visit and will linger with me in memories and photos for a very long time. Now in Laos, tomorrow to Yangon, Myanmar. Time for a last photo album or two. Ho Chi Minh Museum. Halong Bay. Thien Cung Cave.

With the Burns documentary and returning memories, I have relived the reality of the loathsome behavior of every world leader connected with the Vietnam War—with one exception: Ho Chi Minh. He alone actually had an honorable mission, a singular mission which doesn’t appear to have involved personal aggrandizement or the accumulation of wealth. He wanted his country to gain independence—you know, like the US in our Revolutionary War!  I’ve been very happy to honor him in any way I can on this visit. As an American, I have a lot for which to atone.

The Ho Chi Minh Mausoleum and Museum site in Hanoi is worthy of the man who was largely responsible for the creation of independent Vietnam. It’s a magnificent and quietly inspiring park setting and the Museum is a happy surprise. I suppose we expected something a bit old fashioned, a sort of dowdy tribute to a hero of the past. Instead it is bright and modern, packed with direct memories and historical tales and artifacts of Ho Chi Minh’s life, but also full of reflections and references to other international atrocities in the never ending battles for human dignity and freedom. A thoughtful niche is devoted to Guernica for example. Teresa was particularly impressed by the blend of contemporary with historical, expecting something more fussily pedantic and ponderously political. It is brilliant. A must visit whatever your age.

So I have a small personal story about a Ho Chi Minh. First I wasn’t going to include it because I thought it might be disrespectful, but actually it’s not. Back in the 50s, my mother, the devout anti-communist Republican farmer, had a gorgeous and dangerously feisty banty rooster whom she named Ho Chi Minh. Of course she was opposed to Ho Chi Minh, the human, because of that communist label that struck terror into the hearts of all god-fearing Americans. But although she sort of loved Ho Chi Minh, the rooster, she had to acknowledge he was a real terror so what could possibly be a better name for him? For example, when neighbors stopped by for a daytime visit, they would honk the car horn without getting out of the car and call out “Vida, can you put Ho Chi Minh in the shed so we can come in?” Which she would do before putting on the coffee. He didn’t attack mom or dad, but my brother and I were never completely sure of his intentions, and he was a fierce enemy of ‘visitors’ in his territory, trying to physically (and mentally) force them to turn tail and run…and he got somebody to do it every once in awhile.  Mom obviously didn’t consider the name a compliment but now that I think of it…it was. Ho Chi Minh was a striking-looking man, gauntly handsome and stern. And though he apparently inspired people more from love than fear, he does not look like anyone who suffered fools gladly. And he did get us to get the hell out didn’t he? So here’s mom’s Ho Chi Minh’s double before we get to the Museum and the real thing. And I do mean this story with all due respect…I am a fan of the human Ho Chi Minh though I never learned to love mom’s version. 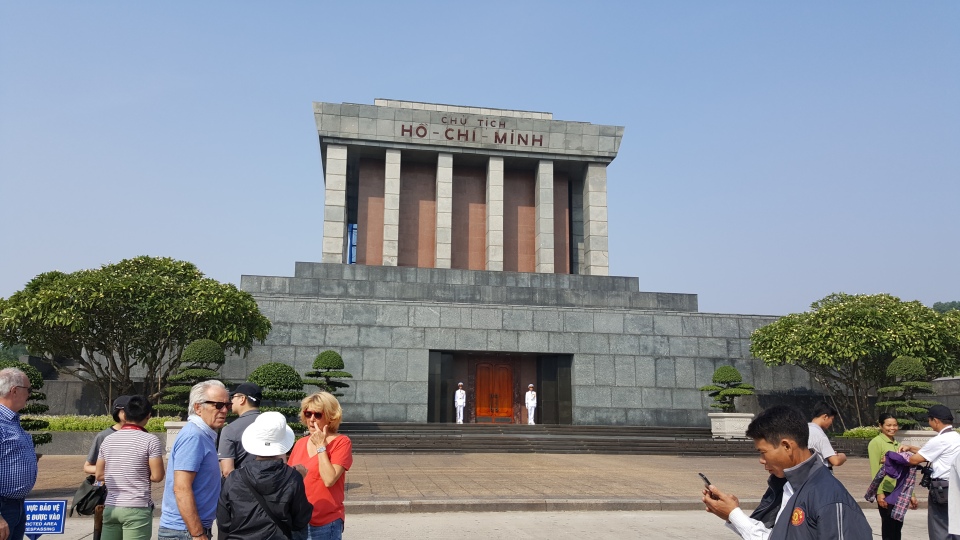 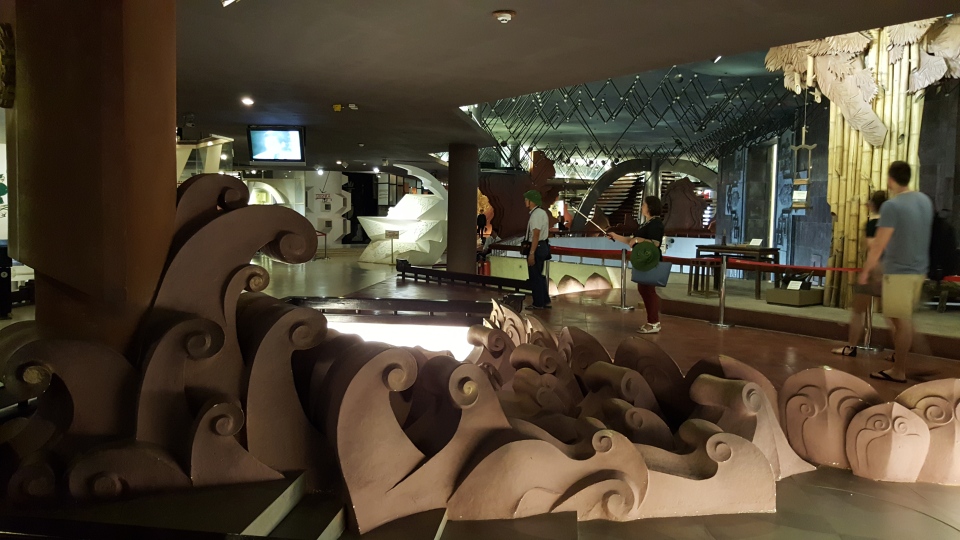 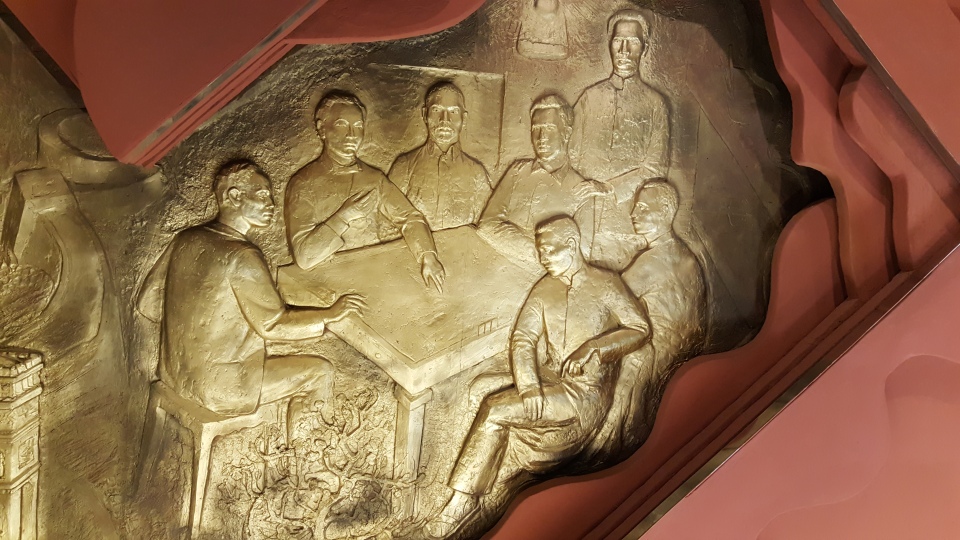 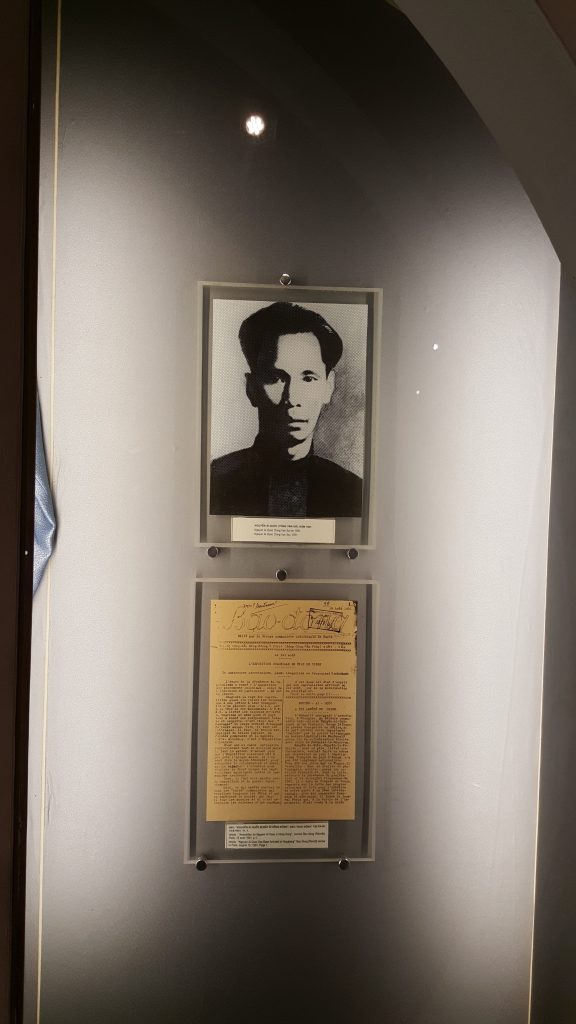