My fortunate grandchildren have first-rate parents and just the right mix of grandparents. The one with the pool, the one with the lake, the one who made all of the special party decorations and the one who especially encouraged sports and studies. And then there’s me. Trying desperately to infect them with the dreaded ‘travel bug.’ 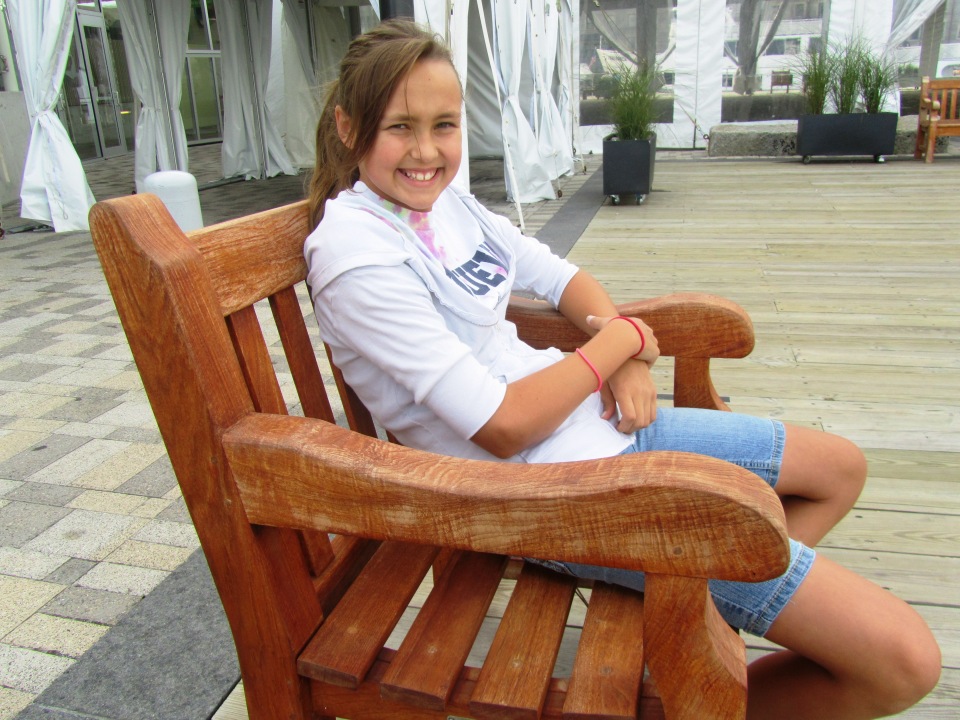 This is my first big trip with Sara, 12-year-old honor roll cheerleader tumbler tweenie. The trip began with a meeting in Boston and a few hours to get a bit of a feel for one of the places where it all STARTED—the United States of America that is—on to NYC for a day and a half of where it all IS and finally here in DC for a Capitol Fourth—just Sara and me and half the rest of the world celebrating who we imagine ourselves to be.

BOSTON: We left Albuquerque a week ago today—Sunday. Some brief airline rerouting…but into Boston in time for a walk down to the Harbor and a very nice little pizza of flat bread, arugula, grilled smoked chicken, goat cheese, fresh tomatoes and caramelized onions—Sara’s first venture into gourmet pizza!

The next two days were occupied for me by meetings at the NEFA/NDP headquarters in Boston while Sara set herself up with books, iPod touch and drawing materials in a cozy little spare office—only coming upstairs for food to take back down to her lair.

We did manage an evening walking about the Commons and Boston Gardens with spaghetti and risotto at a hip little Beacon Street restaurant. Sara thought the spaghetti was ALMOST as good as her dad’s.

BAD New York: Tuesday evening at 6+ PM, we left Boston on the train for Grand Central Station where we were scheduled to arrive around 10 PM. All went well until around the half way point when we lost power and came to an abrupt halt. An engine problem, the announcer said, to be fixed by trusty Amtrak mechanics shortly or we would be pushed into the next station by a substitute engine from somewhere up or down the line. It was dark by now but the only panic came from the loss of power for all of the iphones, ipads, itouches and other istuff. The book-worms on board crouched at the end of the cars where emergency lights made reading barely possible. While the power lasted Sara played games on her itouch angled in such a way that light was cast on my book page—hence we survived the emergency.

The train to NYC

Into Grand Central station about 1pm. Fortunately we have hotel reservations I say to Sara. The Milford Plaza near Times Square. Sounded okay on Expedia and only about $200 a night. If it sounds too good to be true…..

IT IS…this was bad. Remember it is 2AM. Sara lives in Albuquerque, has traveled to smaller cities and to her cousins in San Diego but this is her first moment in THE CITY. It’s supposed to be exciting…not traumatic!  The cab drops us off and right away we both know…this lobby does not portend good things…you know that sort of tawdry look…like something shiny covering something dirty. But we still have hope. Down the long dirty hallway. Losing hope. Open the door. Hope is gone. We sit on the bed…our last tiny tiny bit of hope is that nothing will bite us while we contemplate our situation.

The BAD hotel…what to do?

Once, when my sons were small and we were returning to New Mexico from a trip to Minnesota in one of my string of miserable cars and, as usual, quite broke we stopped at a cheap motel in northern New Mexico—just too late and tired to drive on into Albuquerque—and entered a room somewhat like this. In all fairness to the Milford Plaza, the New Mexico room had an actual hole in the wall while here in midtown NYC, only the plaster was peeling off. But the level of cleanliness was approximate and that smell of haphazard cleanings with cheap and nasty cleaning fluids was the same.

In New Mexico all those years ago we took our suitcases and the family dog, which was of course along, and moved up the street to a brand new motel I really couldn’t afford (probably cost $30 or even $35!).

NOW I did the latter-day version of the same move. Called my American Express concierge and I finally feel justified in letting an AmEx rep talk me into the platinum card some months ago; now he lines up something for early check in the next morning, Ritz Carlton in Battery Park. That cannot be bad can it? Except for my budget. Then I called Expedia who immediately cancelled our second night in the Hotel from Hell. Phew! The worst is over and we managed to sleep fitfully for about four hours. Left the hotel without even showering before 8am and checked in to our new life—for 24 hours!

GOOD New York: Obviously the AmEx concierge wasn’t going to find a cheap hotel for us! But we do not care—for only $425 for the night we can take a shower without worrying about odd things pouring forth from the tap. Two BIG beds, a bathroom the size of my apartment, view of the Statue of Liberty…and a $100 credit for room service or meal. Of course I cannot afford this; on the other hand I certainly do not want to turn Sara away from a life of exploration in strange places. Since room service was part of the deal we had to try to use up our $100 voucher for a lunch…..turns out we are just not $100 lunch girls…much as we tried we only got to about $75. And this time Sara said her dad’s pasta was definitely BETTER.

A DAY IN THE CITY: Freedom Tower/911 Exhibit: Sara, let’s go here to see the 911 exhibit. What is 911? WHAT? I am stunned. How could she not know about the EVENT that so effects our communal psyche and military policy and foreign policy and ‘who we hate’ policy? She’s an A student in a good Albuquerque school. But then I thought…okay a generation is growing up NOT consumed by 911—it’s good I think.

The Met and the Alexander McQueen Exhibit: The Alexander McQueen exhibit was amazing!!!! It had so many weird outfits, but the outfits were beautiful! They had the stuff you would never think of! Many of the dresses he made Lady Gaga had! I bet she loves the stuff too! I hope Alexander McQueen had a great life, to me he had a wonderful life with his designs and money!!!  This one dress was my favorite it was a gold dress/jacket and it was feathers! In the inside was a silk white dress! Another one of my favorites was a dress made out of real and fake flowers!!!! There were all different colors so it made it as pretty as can be!!

LION KING: OMZ!!!!!! The lion king was the best play of my life!!!!!!! I thought they wouldn’t tell the story just dance. But they actually did tell it! And in a beautiful way!! My favorite characters were the bird and Simba’s friends!!!!! I loved it and if I could I would see it 10 more times…haha!!! The lion king story was about a lion being born and sooner or later him becoming a king!! But when his dad dies his uncle tells Simba to run away why he did that was so he can control the kingdom! Later Simba has to find his true destiny to become king and to talk to his dad again!

The next morning was a bit anti-climatic. Sara was not actually so impressed by the Empire State Building. Too many people she said…boring she said. NYC was crowded and noisy and a little scary to an Albuquerque kid. Grand Central Station and a quick train ride to DC—SARA’S FAVORITE! 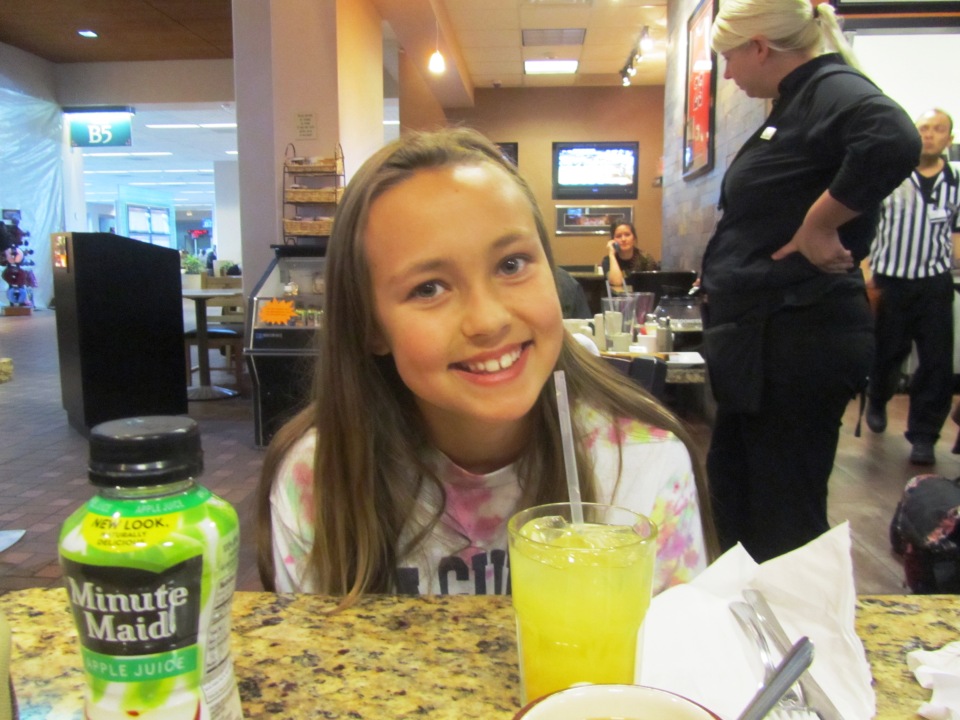 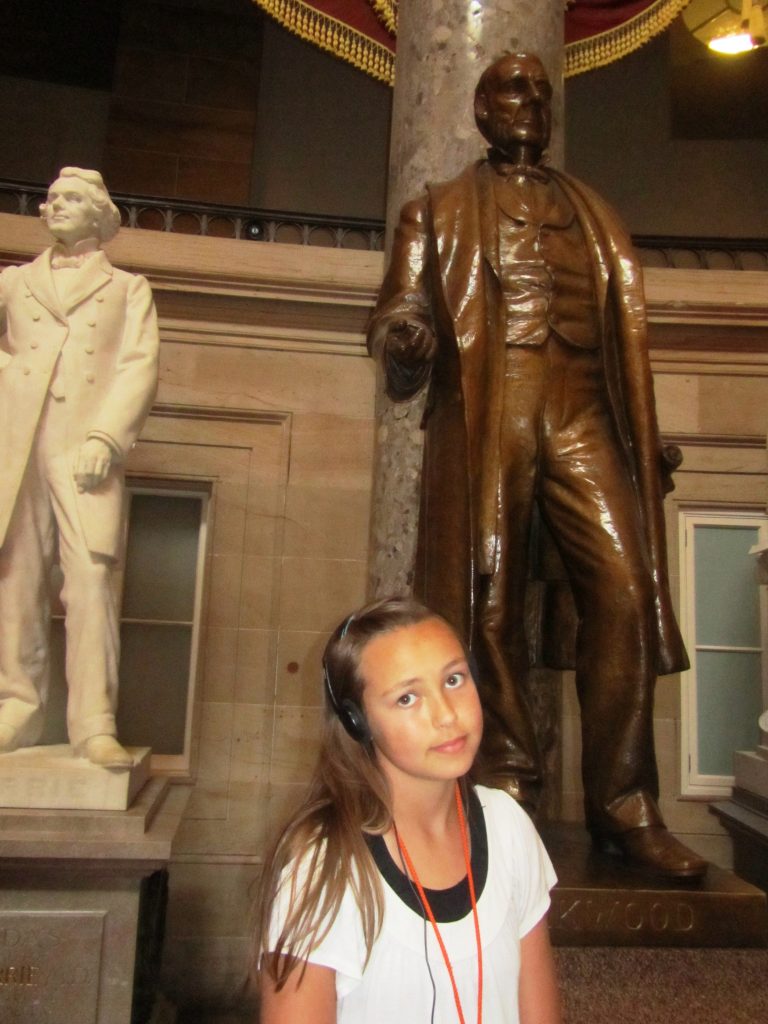 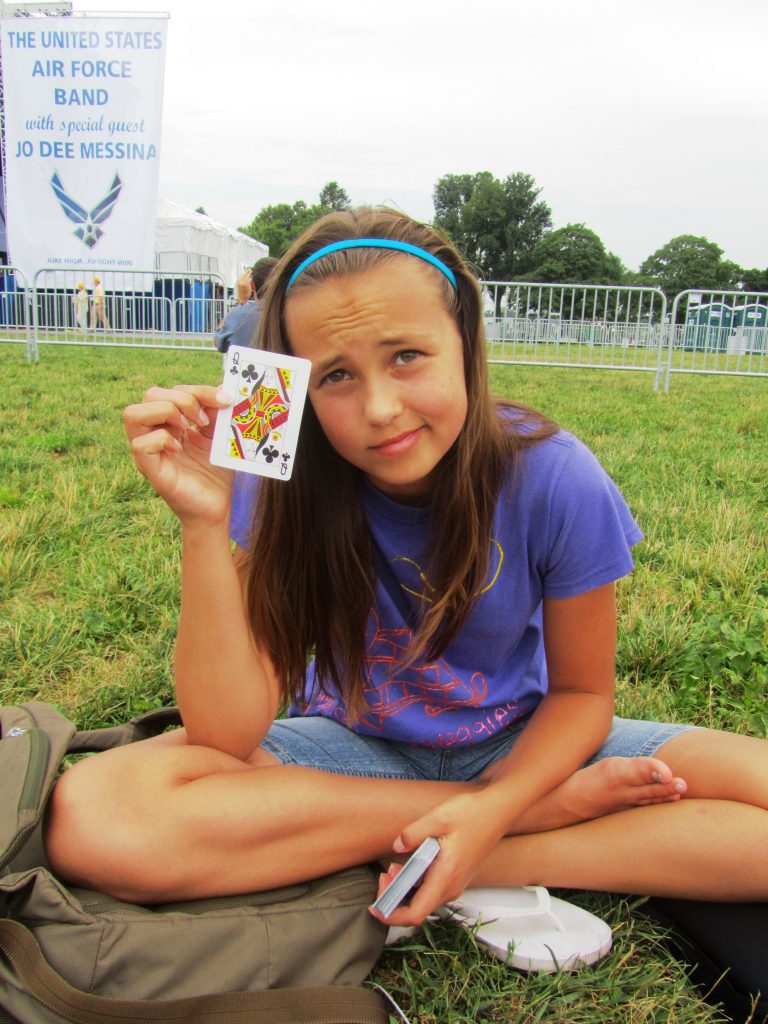 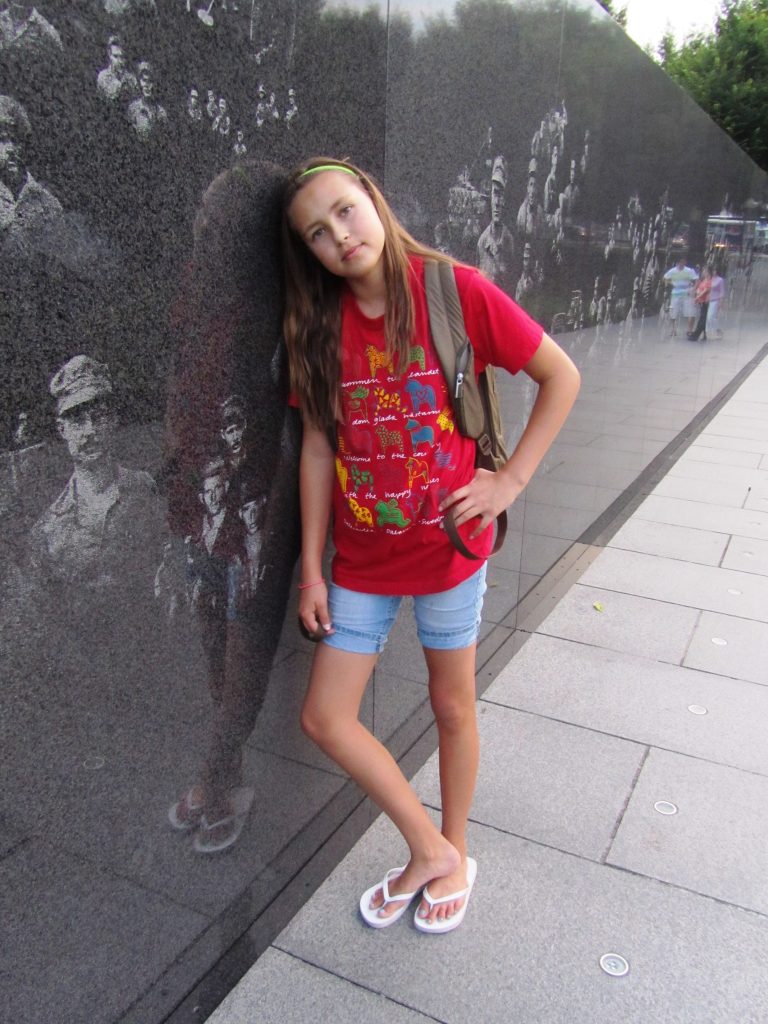 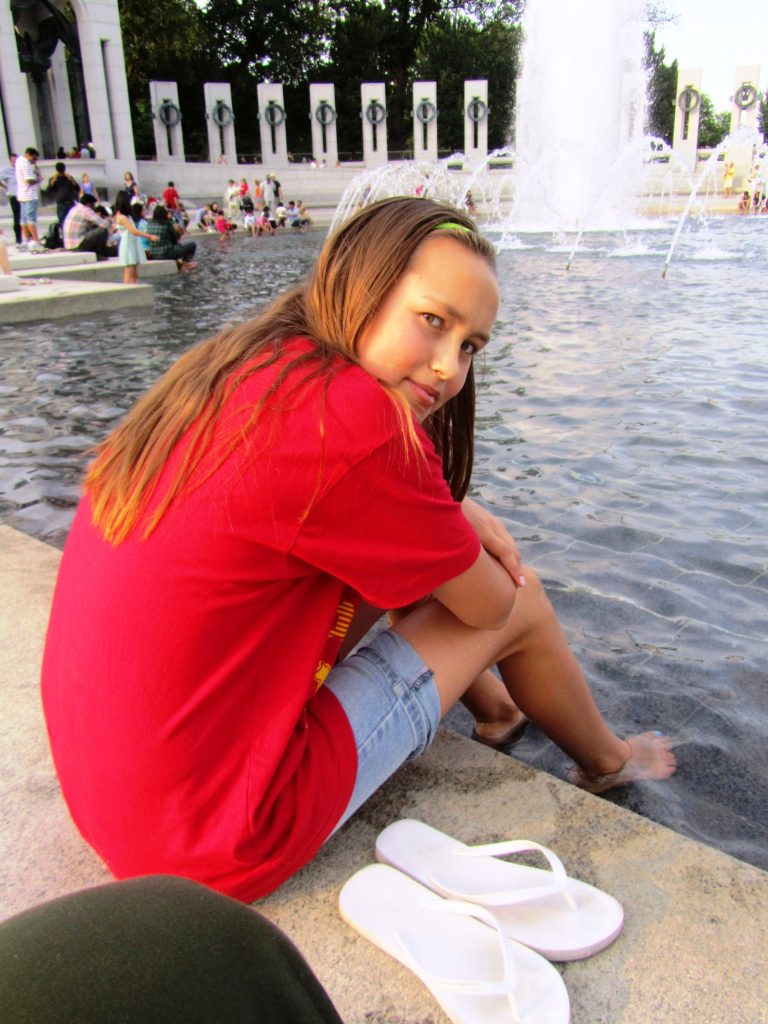 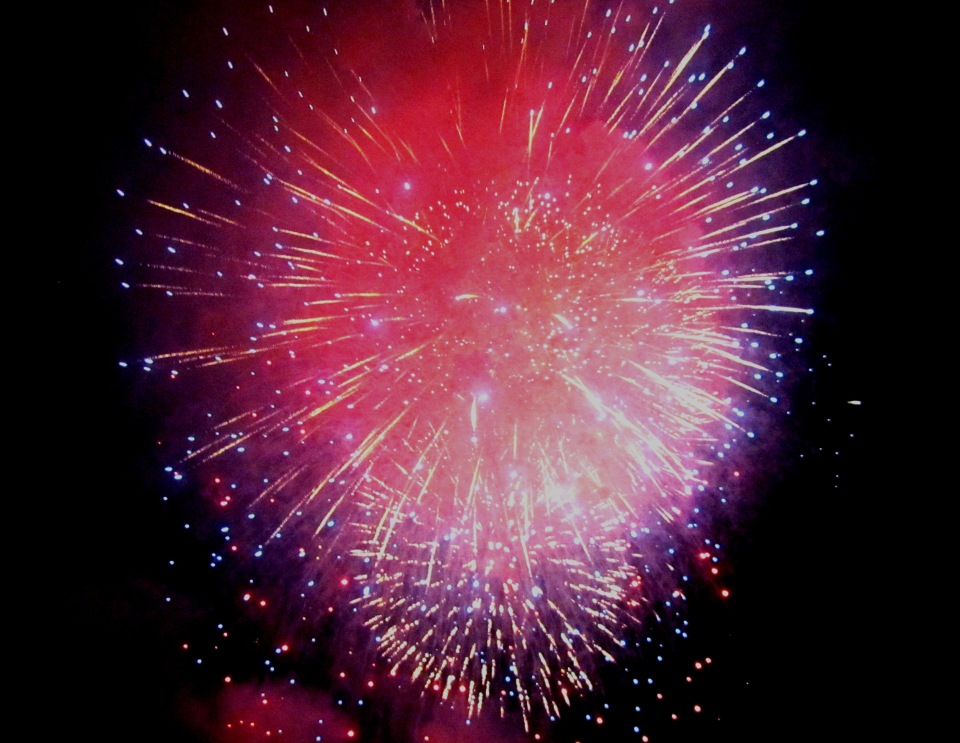 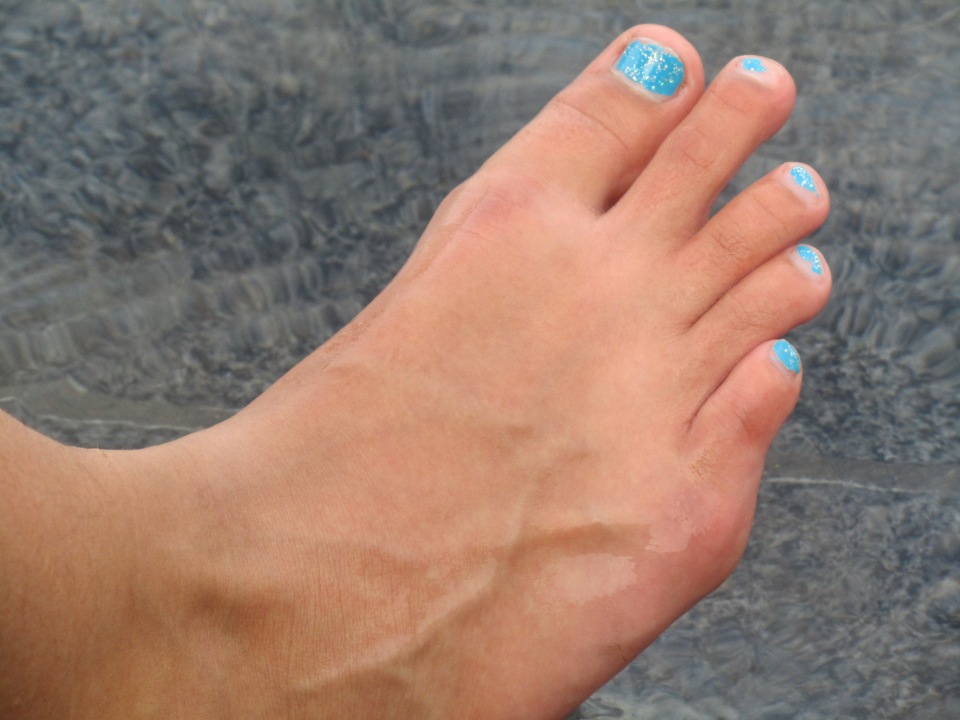 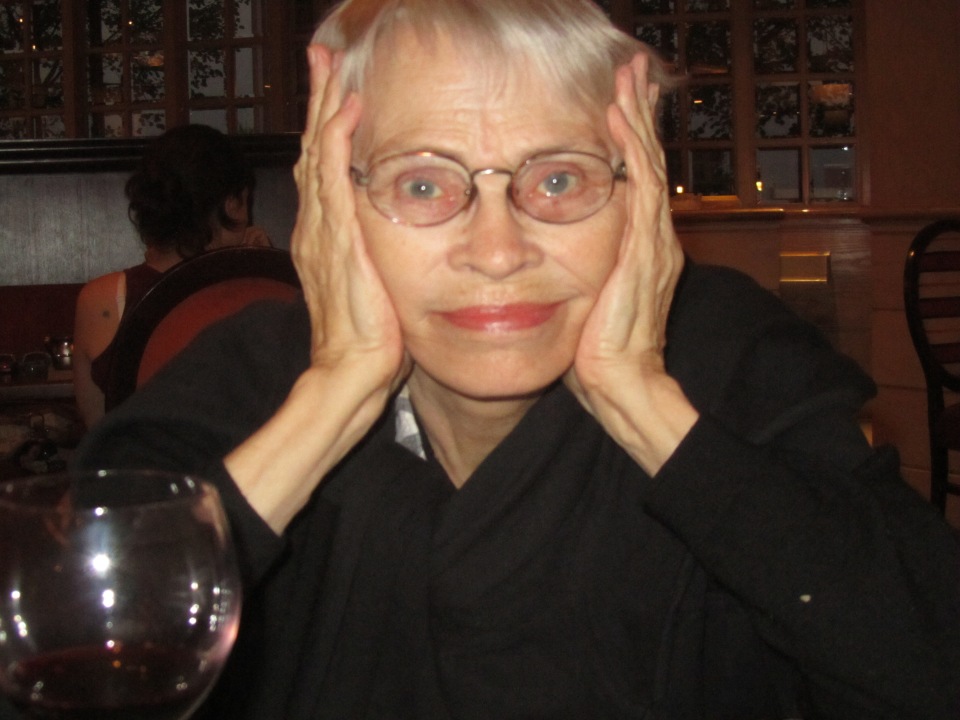 ← You can go home again…..you just can’t live there because it’s all fallen down…
Women Who Matter →