THE RIO GRANDE TO THE RIVER NIGER

In 36 hours I went from my apartment in one low-to-the-ground, brown, sprawling river city to my hotel in another low-to-the-ground, brown, sprawling river city. Albuquerque to Bamako. From walking the green Bosque of the Rio Grande to looking down at the great green trees on the River Niger. I AM SO HAPPY. My brother and I talk about how we miss the highs and even the lows of youth. How our emotions and passions seem to live along a satisfactory but not particularly exciting median. But then I arrive in Africa, this time in Mali, and I look out my hotel window at the RIVER NIGER and the flat line effect is gone, disappeared by the event of travel to Africa.

I am in Mali for 8th edition of Danse l’Afrique danse!, a magnificent series of festivals held biennually throughout the African continent and supported by each country in turn, by the French government and by various African and European government agencies and corporations. Here are a few cogent words from the Ministre de la Culture du Mali, Mot de Mohamed Elmoctar. (Why can nearly every country in the world have a ministry of culture except us? Just asking!)

Today Africa is in Bamako, through dance and in dance.

This is the appointed time and place for you to express the many facets of Africa, as you project them into the world, a reflection of your art.

Show us this choreographic art, as you create it here and now.

Shape what we see; make us travel and dream; take us with you in the performances of your respective artistic creations.

Show us the creation’s path and let us share your disturbing works, perplexing to our novice eyes.

Show us how you create, so that your artistic approach finds its place on the continent and the world. (Italics mine: they express so clearly what GLOBAL DANCEFEST is meant to be) 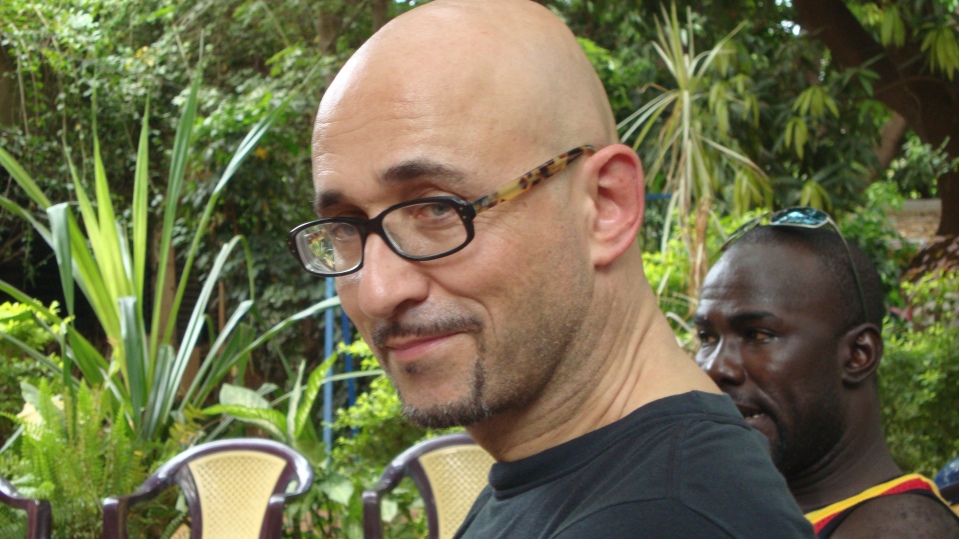 From the Sublime to the Mundane

I had to get here—ah yes ‘there’s the rub’ as the expression goes. You must fly. In a dirty airplane frequently. I am thinking of submitting a suggestion to the airlines—500 frequent flyer miles if you clean out the seat pocket and another 500 if you pick up the trash along the edge of the floor, no I think that’s a free round trip to Vegas, it’s nasty down there. At least it was on Delta to Paris! And the food. OMG. Food on all US airlines is quite awful—of course I’m talking about overseas flights since there is no more in-country food—which is really just as well. 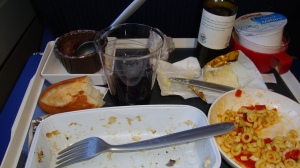 But on a long overseas flight food is a good thing to keep us from getting too cranky or bored. Passes the time, provides a break in the monotony, etc. HOWEVER. I just had two comparable meals. Vegetarian pasta and vegetarian risotto, salad, bread and cake on Delta to Paris and Air France to Bamako. There were no more expensive ingredients in one than the other. Delta’s meal was INEDIBLE. Air France’s actually enjoyable. On the latter, the mushroom risotto was creamy, not dried out and hot only around the edges; the little pasta tomato salad contained no wilted lettuce and the bread was a crusty baguette with real butter.  I broke my ‘no drinking on the plane’ rule by celebrating French food with some nice French red wine.

In defense of US airlines. They are cheap. Comparatively. So…will it kill you to go eight hours without food!

I am here. It is Africa. I am content. From the Hotel El Farouk on the banks of the River Niger. A lovely poem.

He is afraid neither of God or of

the Prophet… Neither is he afraid

because he is their master and

unleashes them at will. He comes

during times of storm, dressed all

in black. He announces the tempest

following him. When the storm

explodes, he is crazy with happiness.

He screams facing the sky, against

which he is seen in profile, his two

arms outstretched. One of his favourite

slogans is…“Baana, if the sky rumbles,

it is because you have unleashed the

lightning by beating your chest.” And,

thanks to you, Baana.”

In the floodplains and delta wetlands along the river, a specialised flora has evolved that is adapted to extreme fluctuations in water levels. These communities also support a wide variety of fascinating animals. Black-crowned cranes, a regional symbol of beauty and authority, rely on floodplain wetland habitat throughout the basin. In addition, the braided wetlands that form Niger’s “Inner Delta” in Mali support hundreds of thousands of transmigratory birds. Manatees can still be found in several pockets of suitable habitat that still remain along the river. Mythology indicates that these gentle giants appeared on Earth when a woman bathing by a river was startled by strangers and jumped into the water to hide. Hippopotami and crocodiles are still present in the Niger, and can sometimes pose danger to those who trespass unaware. The river’s true delta in Nigeria contains West Africa’s largest mangrove forest.

The Niger River shapes a corridor of productivity that has, for thousands of years, provided people with dynamic and rich livelihoods, and has made human survival possible even in times of desolate drought. People have always followed the rhythms of the rivers flow, which can sometimes vary dramatically from year to year. Within the harsh and frequently unpredictable Sahelian climate, people wove their productive activities together in patterns that were compatible with the environment and mutually reinforcing. Floodplain pastures of bourgou grass supported livestock, wildlife and nurseries for fish. Harvested rice fields were grazed by livestock, which in turn fertilised the fields with their manure. Farming of millet, vegetables and rice; livestock herding; fishing, hunting and gathering of wild plants to use as food and medicine co-existed, waxing and waning in response to changes in climate and river flows.

← COUSINS from NORWAY
Cranky in Bamako →

2 Comments on “THE RIO GRANDE TO THE RIVER NIGER”